As part of his plan to curb gun violence in America, former Vice President Joe Biden is proposing that owners of assault-style weapons either sell their firearms through a voluntary buyback program or register their weapons with the government.

The proposal is part of a wide-ranging plan the Democratic presidential candidate unveiled Wednesday ahead of his appearance at a gun safety forum in Nevada.

Biden, like many of his rivals for the nomination, is calling for a ban on assault-style weapons. For current owners who don’t sell them back, the former vice president proposes that such weapons be regulated under the National Firearms Act, which was enacted in the 1930s to cut down on gangland violence during the Prohibition era.

The Biden campaign, in announcing the plan, said “the National Firearms Act requires individuals possessing machine-guns, silencers and short-barreled rifles to undergo a background check and register those weapons with the Bureau of Alcohol, Tobacco, Firearms and Explosives (ATF). Due to these requirements, such weapons are rarely used in crimes.” 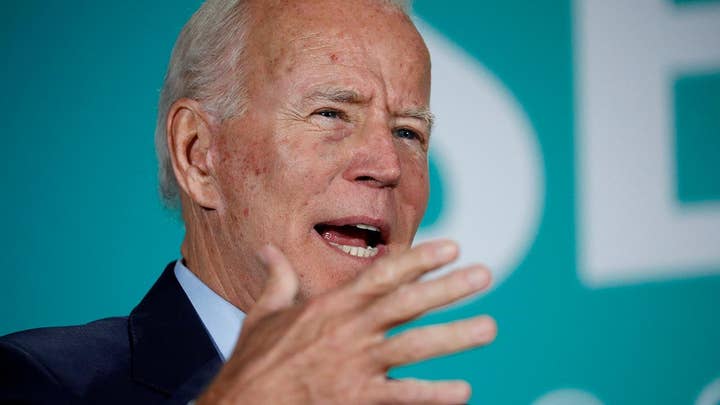 Biden’s plan also takes aim at urban gun violence, with an eight-year, $900 million initiative aimed at the 40 cities across the country with the highest homicide levels. The campaign estimates the program could save more than 12,000 lives over eight years.

Biden’s campaign touted the former vice president’s record on curbing gun violence, highlighting that “Biden has unmatched substantive expertise on addressing gun violence. He has been pushing the conversation on ending gun violence for at least 25 years. And he has taken on the NRA twice and won.”

The former vice president unveiled his plan a day after the second anniversary of the massacre of 58 people at an outdoor concert in the Las Vegas Strip, the deadliest mass shooting in modern American history.

With the increased spate of mass shootings in recent years, curbing gun violence has become a top issue in the 2020 race for the Democratic presidential nomination.

Republicans vehemently oppose such gun confiscation proposals, portraying it as an extreme move. President Trump has signaled an interest in strengthening gun laws in the wake of recent mass shootings but has not offered a concrete plan.

The Biden campaign, in releasing their plan, charged that Trump and Republican leaders in Congress have failed to take action.

“While Democratic leaders and the American public have reached an undeniable and broad consensus about what needs to be done to address the gun violence epidemic that has engulfed communities across America, Donald Trump, Mitch McConnell, Congressional Republicans, and the NRA refuse to take any sensible action,” the campaign emphasized.