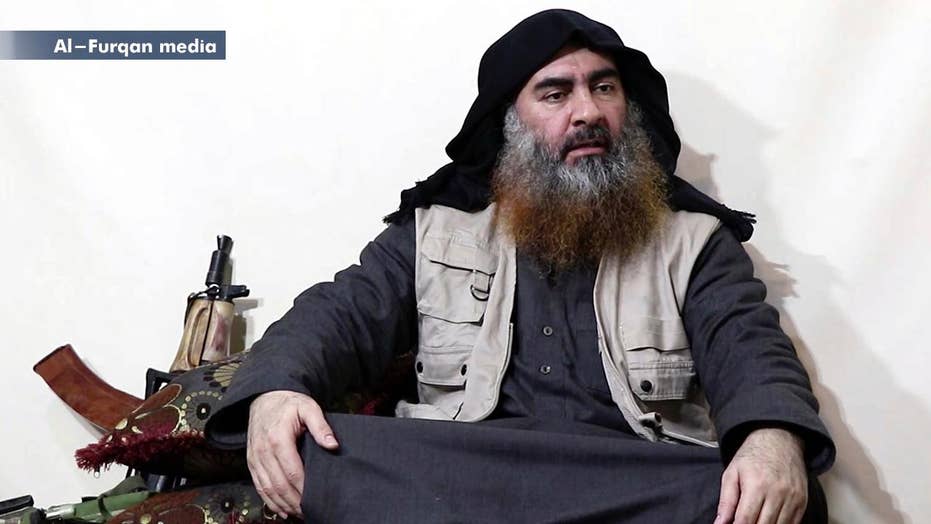 A day after President Trump announced that a U.S. military raid had resulted in the death of Islamic State (ISIS) leader Abu Bakr al-Baghdadi, Democratic presidential candidate Joe Biden made a point of not giving the commander-in-chief any credit for the mission.

In a lengthy and scathing statement, the former vice president, a front-runner for the 2020 Democratic presidential nomination, claimed that the raid happened in spite of -- not because of -- Trump.

“I’m glad President Trump ordered the mission. But as more details of the raid emerge, it’s clear that this victory was not due to Donald Trump’s leadership. It happened despite his ineptitude as commander-in-chief,” Biden said Monday.

Biden – who has touted his own national security expertise, stemming from eight years as vice president and long service on the Senate Foreign Relations Committee – praised the mission to take out the ISIS leader, saying “the successful operation to take Abu Bakr al-Baghdadi off the battlefield was a win for American national security. And it’s an important reminder of the skill and commitment of our military, intelligence, and national security professionals. They are beyond compare.”

But while Biden has long praised former President Barack Obama's command over the raid that killed Al Qaeda leader Usama bin Laden, he gave Trump no credit for the al-Baghdadi mission. Biden said Trump's sudden troop pullback from northern Syria and other factors had actually complicated the operation.

He said “it’s been reported that Trump’s reckless decision to withdraw our troops from northern Syria forced the planning for the mission to be accelerated and the timeline compressed. His erratic behavior made it harder and more dangerous for the special forces carrying it out. And they had to fly through territory that is now hostile to the U.S., taking fire along the way—including territory we controlled just weeks ago.”

HOW AL-BAGHDADI'S HEADLESS BODY WAS ID'D MINUTES AFTER DEATH

Biden argued that “Trump has also made it less likely we will be able to successfully replicate a mission like this in the future. The operation leveraged a limited presence of U.S. counterterrorism capabilities in the region, which he keeps trying to dismantle.”

He added: “He has no strategy for anything. Every day that Donald Trump directs American national security is a dangerous day for the United States.”

Biden’s language on Monday was much tougher than what he said on Sunday, hours after news emerged about the raid to take out al-Baghdadi.

While congratulating the special forces and the intelligence community, Biden didn’t mention the president, save for an indirect swipe when he said “the chaos of the past few weeks in northern Syria has jeopardized years of hard work and sacrifice by American and Kurdish troops to evict ISIS from its strongholds in Syria.”

Sen. Lindsey Graham, a strong supporter of the president (though also a critic of the Syria troop withdrawal), took aim at Democrats for praising the mission but refraining from complimenting Trump. The South Carolina Republican stressed on Sunday that “this is a moment where President Trump’s worst critics should say, ‘Well done.'”

Trump's reelection campaign communications director, Tim Murtaugh, told Fox News on Monday that “a brutal terrorist is dead and the U.S. and the world are better for it. It’s OK to be happy about that and not try to score political points the day after.”

Murtaugh added, “If you look up ‘inept’ in the dictionary you’ll see Joe Biden’s picture. After voting for the war in Iraq, Biden predicted Iraq would ‘be one of the great achievements’ of his time as vice president right before he allowed ISIS to gain a foothold there.”