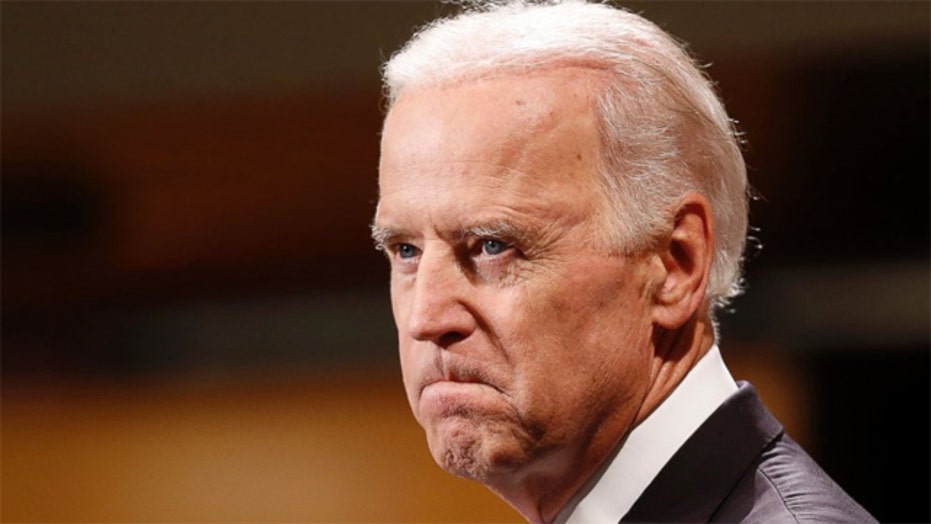 Vice President Biden on Sunday issued his second apology of the weekend for remarks that offended allies that the U.S. needs in the fight to destroy the Islamic State.

Biden made the remarks at a speech Thursday, suggesting U.S. allies including Turkey, Saudi Arabia and the United Arab Emirates had funded and armed extremist groups linked to Al Qaeda. The UAE was exasperated and requested a formal clarification.

"The Turks … the Saudis, the Emirates, etc. What were they doing? They were so determined to take down (Syrian President Bashar) Assad and essentially have a proxy Sunni-Shia war," Biden said during the speech at Harvard University.

"What did they do?” he continued. “They poured hundreds of millions of dollars and thousands of tons of weapons into anyone who would fight against Assad -- except that the people who were being supplied were al Nusra and Al Qaeda and the extremist elements of jihadis coming from other parts of the world."

The White House said Biden clarified his remarks Sunday and recognized the UAE's strong steps to counter extremists and participation in U.S.-led air strikes on the Islamic State, also known as ISIL and ISIS.

On Saturday, Biden apologized to Turkish President Recep Tayyip Erdogan for also saying during the speech that the Turkish leader admitted his country made mistakes by allowing foreign fighters to cross into Syria.

Biden also spoke directly to Erdogan -- to “clarify” his comments and to apologize for “any implication" that Turkey or the other allies had intentionally supplied or helped in the growth of the Islamic State or other extremists groups in Syria, the White House said.

Erdogan denied making such remarks and said Biden would become "history to me" over the comments unless he fixed the situation.

The speech was an especially bad event for the vice president, who has a history of gaffes and unscripted, problem-causing remarks.

In 2010, after President Obama signed the Affordable Care Act into law on national TV, Biden was caught on a live microphone saying to the president this is "a big f---ing deal."

Turkey, a NATO ally, is expected to define the role it will play in the U.S.-led coalition against the Islamic State militants who have captured a swath of Iraq and Syria, in some cases right up to the Turkish border.