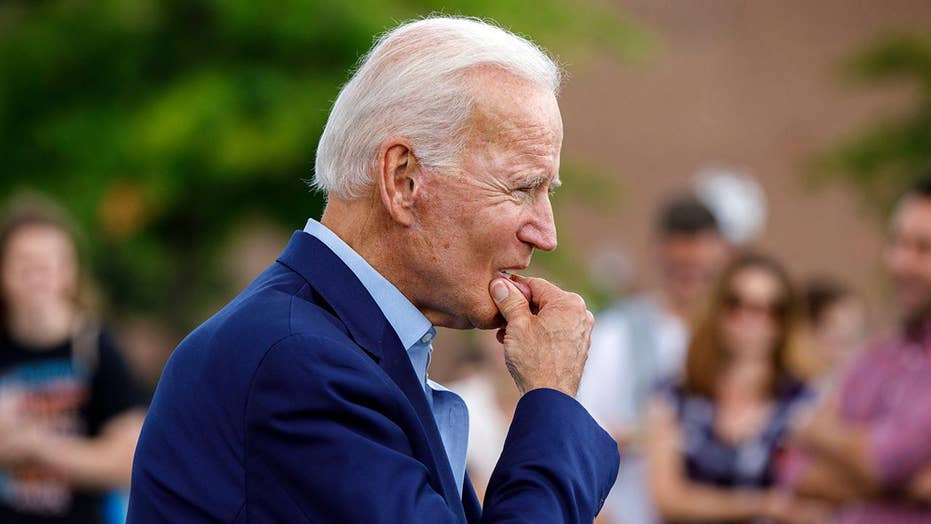 Biden's gaffes could spell doom for his campaign

The Biden campaign's communications director and deputy campaign manager, Kate Bedingfield, defended her boss on Tuesday amid controversy over some recent verbal gaffes.

Former Vice President Joe Biden raised eyebrows last week when he asked a crowd to "imagine" the assassination of former President Barack Obama while recalling the deaths of political heroes Robert F. Kennedy and Martin Luther King Jr. He also made numerous mistakes while promoting his health care plan, and said he enjoyed being back in Vermont while campaigning in New Hampshire.

“So, I know it’s just a mistake, but it’s Vermont and New Hampshire, he’s running in the New Hampshire primary. Does he have to be more careful to prove that he hasn’t lost his fastball?” MSNBC anchor Andrea Mitchell asked.

BIDEN IN NEW AD DEFENDS OBAMACARE AGAINST 2020 RIVALS, SAYS IT'S 'PERSONAL TO ME'

“I think the press has to be more careful about applying an unfair standard to Joe Biden than they’re applying to other candidates,” Bedingfield responded. “If you listen to what the candidates say all day as they’re out campaigning, they’re out in front of cameras, they’re in front of people, they’re talking all day. Everybody’s going to slip up and misstate a name or a date or a location. It happens all the time.”

She continued: "People know who he is. They know this is a part of his charm. They understand that, you know, they’re getting it straight from him. It’s not overly packaged. He’s always speaking from his heart. And sure, that means sometimes he’s going to misstate a couple of things. But, frankly, so does every other candidate.”

Bedingfield also said, "I would love to see some coverage of the other candidates misstating where they are at an event because, I promise you, it happens almost every single day."