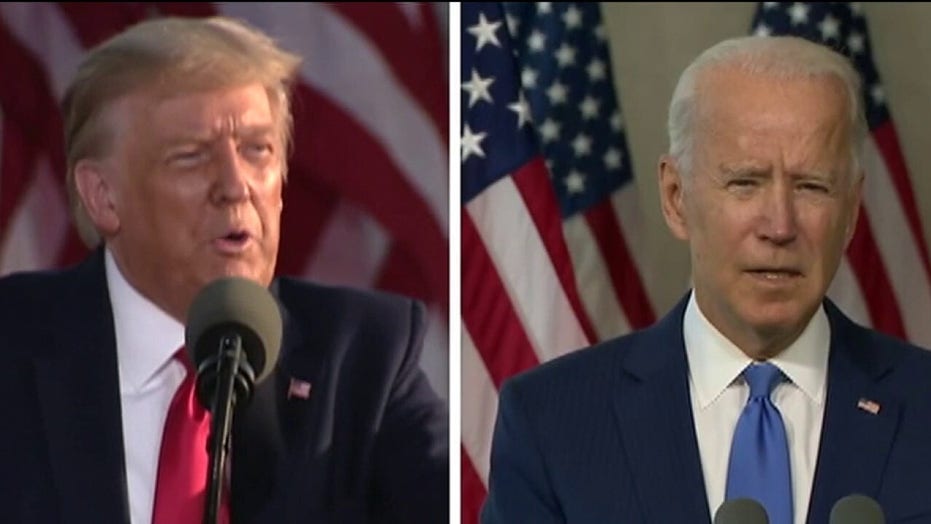 Goebbels was the minister of propaganda for Adolf Hitler's Third Reich, and used a technique that Hitler coined the “Big Lie,” which involved repeating a major falsehood until the public came to believe it was true.

The comment comes as Biden has pushed back against attacks on the campaign trail from the president, who is looking to paint the former vice president as a socialist.

“Rather than launching preposterous accusations against the President, Joe Biden and his team should answer for inviting notorious anti-Semites Tamika Mallory and Linda Sarsour to speak at the Democrat National Convention," Ken Farnaso, deputy national press secretary for the Trump campaign, told FOX News in a statement. "Biden is desperately trying to distract Americans from his disastrous record and socialist policies.”

Biden argues that Trump is spreading false information in an effort to appeal to moderate voters, especially in the battleground state of Florida. He also said the effort is to distract from his handling of the coronavirus pandemic, which has infected more than 7 million people in the U.S. and killed more than 204,000, according to the latest update by Johns Hopkins University.

“It's always about distraction with him,” Biden said. “It's going to be clear from the beginning exactly where this is going.”

Matt Brooks, the executive director of the Republican Jewish Coalition, slammed Biden's comparison in a statement, urging the former vice president to apologize and retract the "egregious comment."

"Instead of engaging in a debate on policy, Joe Biden has descended to name-calling and Holocaust references," Brooks said. "There is no place in political discourse for Holocaust imagery or comparing candidates to Nazis. It’s offensive and it demeans the memory of the Holocaust, the suffering of the victims, and the lessons we must learn from that terribly dark chapter of history."

“I think people see very clearly the difference between me and Donald Trump,” Biden said. “Trump is clearing protests in front of the White House that are peaceful, you know, with the military. This guy is more Castro than Churchill.”

Biden's comments come as the two are set to face off in the first presidential debate this Tuesday in Cleveland.

The debate, moderated by Fox News' Chris Wallace, will include topics such as the Trump and Biden records, COVID-19, the economy, unrest and violence in cities, and the Supreme Court nomination battle.