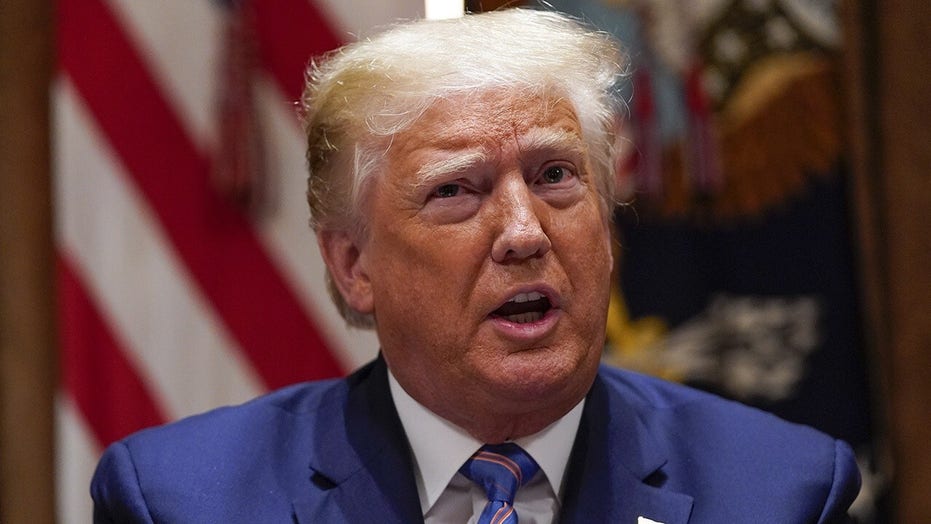 Trump says he would consider meeting with Maduro

Joe Biden’s presidential campaign sees political ammunition in President Trump’s recent comments that he might be willing to meet with Venezuelan strongman Nicholas Maduro and was having second thoughts on recognizing Juan Guaidó as the South American country’s legitimate leader.

The former vice president’s campaign announced on Tuesday that it’s going to spotlight the president’s controversial comments that he made in an interview with Axios on Friday by going up with Spanish-language ads online and on radio to reach Hispanic voters in Florida, the largest general election battleground state.

THE LATEST FROM FOX NEWS ON THE VENEZUELAN POLITICAL CRISIS

"I always say, you lose very little with meetings. But at this moment, I've turned them down,” the president added.

And Trump also suggested a lack of confidence with Guaidó, who was declared by Venezuela’s National Assembly in January 2019 to be country’s acting president -- challenging Maduro amid the current crisis. The move by the National Assembly came after they considered Maduro’s 2018 reelection to be illegitimate.

The U.S. and dozens of other countries supported Guaidó, but he was unable to take control of the government.

The president’s seemingly lackluster support of Guaidó and his potential willingness to meet with Maduro would appear to step on his administration's Venezuela policy, including efforts by Vice President Pence and Secretary of State Pompeo to back Guaidó.

The president appeared to correct the record on Monday, tweeting, “I will ALWAYS stand against socialism and with the people of Venezuela. My Admin has always stood on the side of FREEDOM and LIBERTY and against the oppressive Maduro regime! I would only meet with Maduro to discuss one thing: a peaceful exit from power!”

But with hundreds of thousands of Venezuelan exiles living in Florida, Biden’s campaign aims to politically wound Trump with influential voters by highlighting the Axios interview.

The Biden campaign said that their ads would begin running this week on Facebook, Instagram, YouTube, and top Spanish-language radio stations in the Miami media market – in an effort to reach the Venezuelan and Cuban diaspora communities.

"We've known for some time that Donald Trump is no friend to the Venezuelan people fighting for human rights and democracy in their country, and now there can be no doubt,” the Biden campaign charged.

“Trump is equivocating about recognizing the leader of the Venezuelan National Assembly, the only legitimate democratic institution in the country, and musing about meeting with yet another dictator -- this time Nicolas Maduro. This is deeply personal to all those in South Florida who have fled to the United States from the brutal Maduro regime, and this November, Floridians are going to hold Trump accountable for his behavior toward the Venezuelan people and elect Joe Biden,” the campaign added.

The Trump campaign responded by slamming Biden’s record in dealing with Venezuela.

Pardo touted, “President Trump has imposed the toughest sanctions ever on the Venezuelan dictatorship. The Obama-Biden administration blocked sanctions to not upset the Castro regime in their failed rapprochement with Havana. President Trump has stood up to socialism; Biden has neo-Marxists advising his campaign.”

For a quarter century, Florida’s been the nation’s most populous general election battleground state. Former President Barack Obama captured the state by razor-thin margins in 2008 and 2012, with Trump narrowly winning the state’s 29 electoral votes four years ago.

The most recent polls in the swing state indicate Biden holds a single-digit advantage over the president. 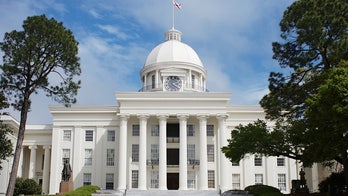