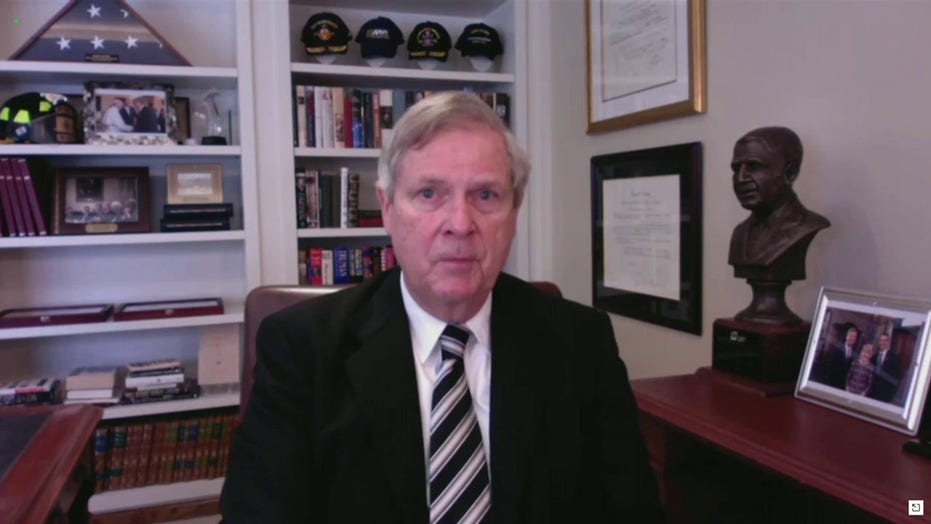 President Biden’s coronavirus relief package, the American Rescue Plan, includes an estimated $4 billion to pay up to 120% of Black, Hispanic, Asian or Native American farmers' outstanding debt as of Jan. 1, according to the American Farm Bureau Federation.

"I think you have to take you back 20, 30 years when we know for a fact that socially disadvantaged producers were discriminated against by the United States Department of Agriculture. We know this. We have reimbursed people in the past for those acts of discrimination, but we've never absolutely dealt with the cumulative effect," Vilsack said.

Vilsack’s comments came in response to a question about a suit from White farmers who say they can’t participate in the loan forgiveness program on account of race.

"Secondly, when you look at the Covid relief packages that had been passed and distributed by USDA prior to the American rescue plan, and you take a look at who disproportionately received the benefits of those covid payments, it's pretty clear that white farmers did pretty well under that program because of the way it was structured and structured on size and structured on production. So I think there is a very legitimate reason for doing what we are doing," the secretary continued.

The package also designates about $1 billion for equity commissions, agricultural training, improved land access and other assistance to advance racial justice in farming.

The USDA settled multi-billion dollar discrimination lawsuits with minority farmers in 1999 and 2010.

Black farmers accounted for approximately one-sixth of farmers in 1920, but less than 2% of farms were run by Black producers by 2017, according to USDA data.

Vilsack claimed in March that only 0.1% of Covid farm aid under President Trump went to Black farmers.

"The top 10 percent of farmers in the country received 60 percent of the value of the covid payments. And the bottom 10 percent received 0.26 percent," Vilsack told The Washington Post.

Minority farmers have maintained for decades that they have been unfairly denied government loans and other forms of assistance. Many of them complained that under Vilsack’s previous tenure - as agriculture secretary during the Obama years - he did little to settle a backlog of 14,000 discrimination complaints from the Bush administration. The Bush administration had found discrimination in only one of those cases.

"Under Vilsack, USDA employees foreclosed on Black farmers with outstanding discrimination complaints, many of which were never resolved. At the same time, USDA staff threw out new complaints and misrepresented their frequency, while continuing to discriminate against farmers," a two-year investigation by The Counter found. "The department sent a lower share of loan dollars to Black farmers than it had under President Bush, then used census data in misleading ways to burnish its record on civil rights."