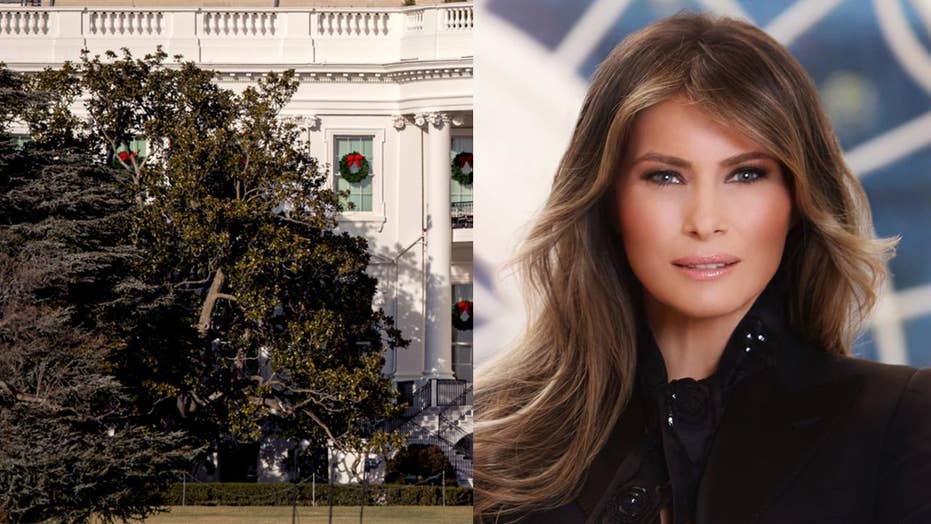 A look at why Melania Trump’s role in removing the iconic Jackson Magnolia tree is making headlines.

Newsweek published a misleading headline on Tuesday that claimed First Lady Melania Trump demanded a historic Jackson magnolia tree be removed from the White House grounds, but it failed to mention that experts recommended the tree’s removal because it could fall down at any moment.

“Melania Trump orders removal of the near-200-year-old tree from the White House,” Newsweek tweeted from its verified Twitter account. The same text is used as the headline for the story, which is essentially fake news and paints Melania Trump as a tree-hating villain.

The First Lady did order the historic tree to be removed, but only after specialists determined that it needed to be removed. The tree has long been supported by poles and wires and posed a hazard for anyone standing near it.

“Newsweek's bias and disdain for the First Lady and our administration was on full display when they actively chose to use a false headline instead of practicing responsible journalism."

“Newsweek's bias and disdain for the First Lady and our administration was on full display when they actively chose to use a false headline instead of practicing responsible journalism. This is why Americans' trust and confidence in mass media continues to fall,” Melania Trump Communications Director Stephanie Grisham told Fox News.

Media Research Center Vice President Dan Gainor mocked the publication for partaking in the “usual war on Trump” that has become a hobby of the mainstream media.

“They either find something to attack him on or they just make it up,” Gainor told Fox News. “Remember, Newsweek sold several years ago for $1. It appears the buyers were cheated.”

Newsweek has updated the body of its story but the misleading headline remains. The story now cites a report that reveals the truth about the tree that could tumble at any moment.

“Without the extensive cabling system, the tree would have fallen years ago. Presently, and very concerning, the cabling system is failing on the east trunk, as a cable has pulled through the very thin layer of wood that remains. It is difficult to predict when and how many more will fail,” the updated story says, citing a document obtained by CNN.

“Another BS Newsweek tweet,” HuffPost reporter Yashar Ali wrote. “With 280 characters there’s no excuse for this.”

“Another Newsweek headline doing nothing for the credibility of the news industry as a whole. This headline is grossly misleading,” NBC News reporter Tom Winter wrote.

Newsweek sold for only $1 back in 2010 when the buyer was forced to assume the magazine’s financial liabilities. The magazine has issued at least 20 corrections in 2017 and even has a page on its website dedicated to its mistakes – however it has not been updated since September. The magazine admitted to over 50 mistakes in 2016 and recently issued an embarrassing retraction about a story that falsely detailed the life of the Las Vegas shooter's girlfriend with salacious information that turned out to be fake news.

The tree, which was planted in the early 1800s, is scheduled to be removed later this week.