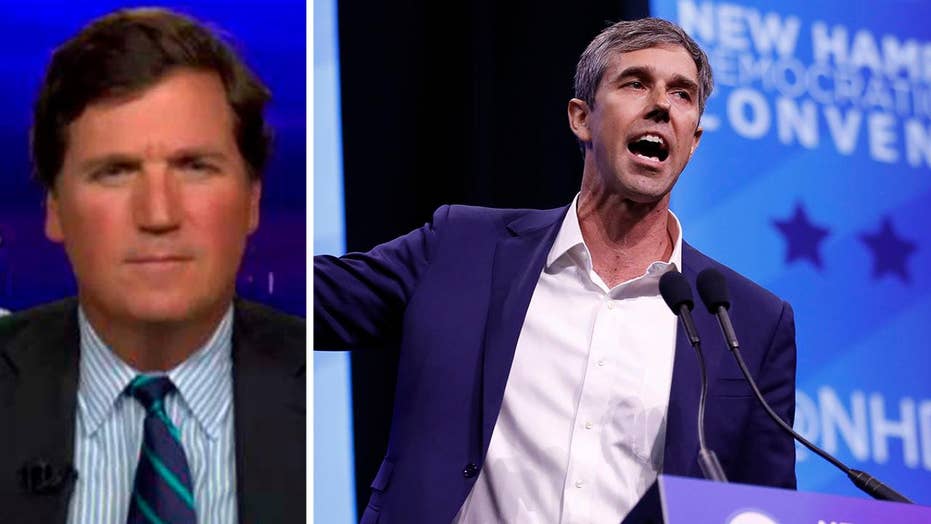 At Thursday night's Democratic presidential debate, O'Rourke was pressed by ABC's "World News Tonight" anchor David Muir about whether he was proposing "taking away" guns from lawful gun owners. He said he was, specifically weapons "designed to kill people on a battlefield."

"When we see that being used against children and in Odessa, I met the mother of a 15-year-old girl who was shot by an AR-15. And that mother watched her bleed to death over the course of an hour because so many other people were shot by that AR-15 in Odessa and Midland. There weren't enough ambulances to get to them in time," he said. O'Rourke's hometown of El Paso, Texas, also was the scene of a recent mass shooting.

He then vowed, "Hell yes, we're going to take your AR-15, your AK-47. We're not going to allow it to be used against our fellow Americans anymore!"

His campaign has even produced a shirt with the slogan.

However, O'Rourke had a much different stance when he was running for Senate. During an interview on "The Chad Hasty Show" in April 2018, the host asked: "I own an AR-15. A lot of our listeners out there own AR-15s. Why should they not have one?"

"To be clear, they should have them," O'Rourke responded. "If you purchased that AR-15, if you own it, keep it. Continue to use it responsibly."

He added later in the same interview: "If you own a gun, keep that gun. Nobody wants to take it away from you — at least I don’t want to do that.”

Since O'Rourke's run for Senate, there have been several mass shootings in the U.S., including in El Paso,  which he has said has changed his view on gun control.