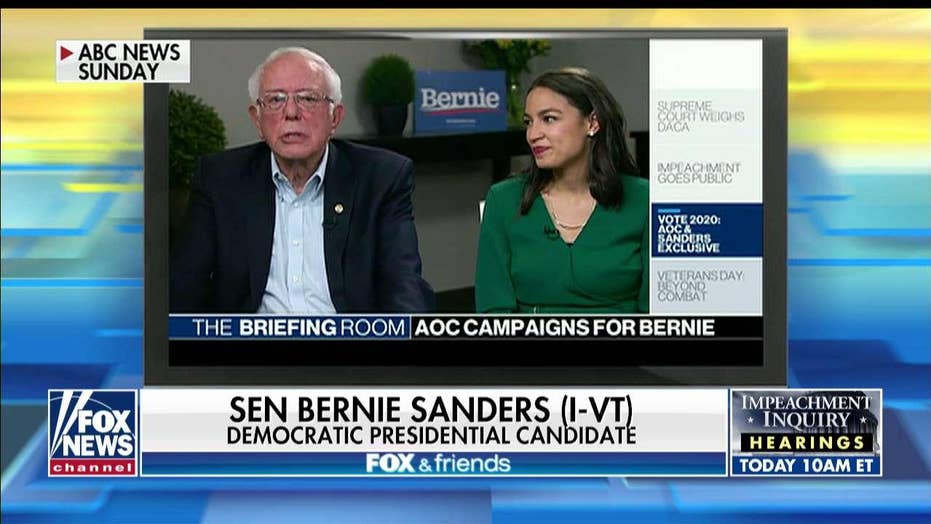 "The internet in this country costs too damn much," according to Sen. Bernie Sanders, I-Vt., who released a plan on Friday to spend $150 billion on high-speed universal internet service.

Sanders' sweeping plan dubs high-speed internet service a "basic human right" that should be handled like the New Deal treated electricity at the beginning of the 20th Century.

"High-speed internet service must be treated as the new electricity -- a public utility that everyone deserves as a basic human right," according to the 2020 candidate's plan. "And getting online at home, at school, or at work shouldn’t involve long waits, frustrating phone calls, and complex contracts and fees meant to trap and trick consumers."

Similar to his campaign rhetoric, Sanders' plan blasts telecom companies for their alleged "greed" and calls for breaking up "internet service provider and cable monopolies." His plan would also block service providers from providing content.

"With no incentive to innovate or invest, these conglomerates charge sky-high internet prices to reap profits from consumers, and they collect government subsidies to provide service to rural households while still leaving millions of Americans unconnected," his plan reads.

Critics have pointed out the large price tags for these plans. The right-leaning Competitive Enterprise Institute (CEI) panned the plan in a statement to Fox News Saturday.

“People claiming high speed Internet as a human right fail to appreciate the hard work and ingenuity of the entrepreneurs who’ve made it widely available a few years after it was only accessible to the richest people," CEI  Vice President for Policy Wayne Crews said.

"Government should refrain from interfering in a market that is constantly expanding access to new consumers.”

"The internet was invented in America," his plan reads. "We should be the world leader in providing fast, affordable service. We must also invest in digital adoption and literacy, ensuring when affordable service is provided, all can fully utilize the benefits."