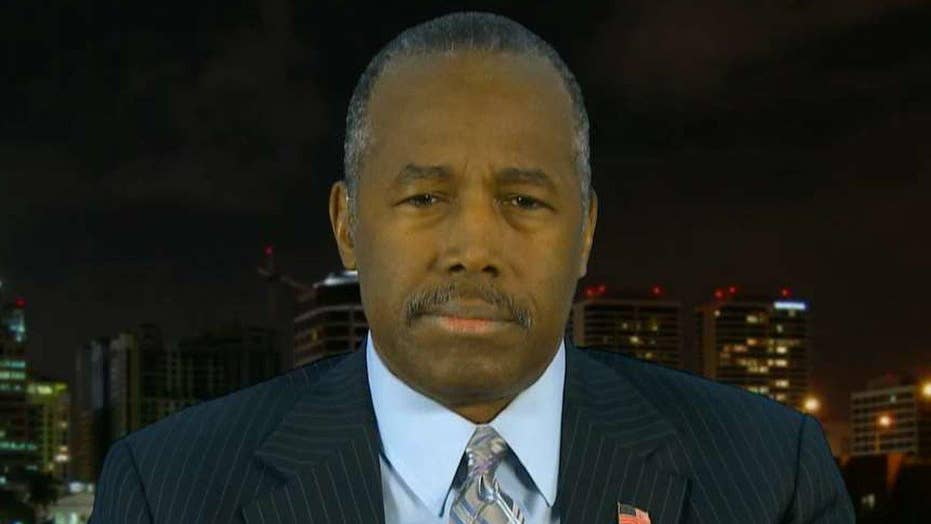 Dr. Carson: I would consider serving in Trump administration

Less than a week after saying he would not seek a Cabinet position in the Trump administration, the retired neurosurgeon told Fox News Channel's “Fox Report Weekend” on Sunday that he was open to accepting a spot on Trump’s White House team.

“Basically, I’ve said my preference is to be outside and to act as an adviser, but if after going through the process they all conclude it would be much better to have me in the Cabinet, I would have to give that very serious consideration,” Carson said. “It’s just not my preference.”

Carson’s about-face comes just days after an embarrassing back-and-forth during which Carson had to bat down claims made by his business manager, Armstrong Williams, that Carson wasn’t seeking the job due to the complexity of the position.

“Dr. Carson feels he has no government experience, he’s never run a federal agency,” Williams told The Hill on Tuesday. “The last thing he would want to do was take a position that could cripple the presidency.”

“My decision not to seek a Cabinet position in the Trump administration has nothing to do with the complexity of the job as is being reported by some news outlets,” Carson wrote.

A rival of Donald Trump’s during the Republican primary, Carson later endorsed and became a very visible surrogate for the future President-elect and was thought to be among the leading candidates for a variety of department secretaries, including Education, Health and Human Services and Veterans Affairs.

“Well, there is no question I have very strong opinions about health care and how it should be returned to the private sector, and you -- the patients and the physicians -- should have a quality experience, not be forced into something,” Cason said on “Fox Report.” “And I also feel very strongly about education. I mean, you educate people, and you give them the keys to freedom. It doesn’t matter where they came from or what their background is, they write their own ticket.”

Trump is expected to make several additional cabinet announcements this week, perhaps as early as Monday.