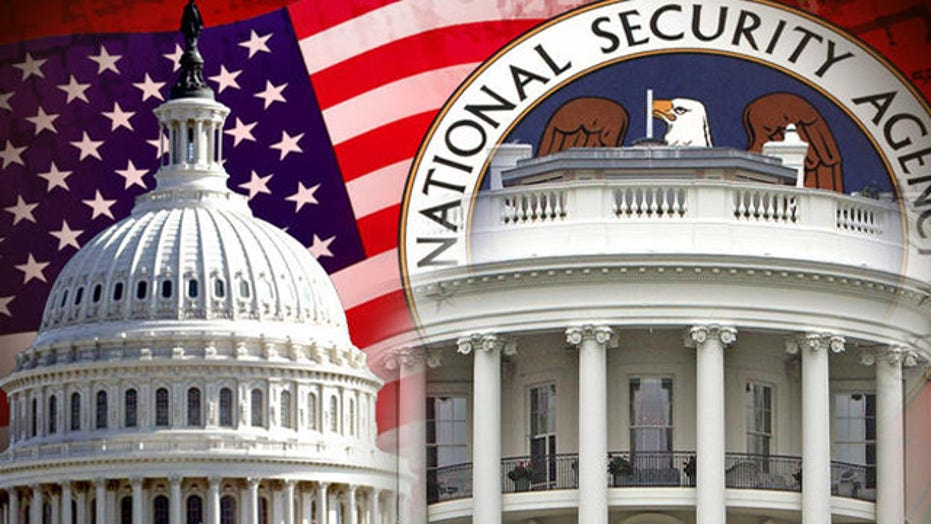 The author of the Patriot Act said Thursday that a secret program under which the Obama administration was collecting phone records from millions of Americans is "excessive" and beyond the scope of the law.

Rep. Jim Sensenbrenner, R-Wis., who wrote the 2001 law, was among a host of lawmakers on both sides of the aisle who raised alarm over the practice.

The Guardian newspaper first reported the National Security Agency had been collecting records under a court order from millions of Verizon customers in the U.S. Defenders of the program tried to ease the furor by assuring the public this is "nothing new" -- and in fact has been going on for seven years. But the acknowledgement that the program is long running only fueled the outrage from civil liberties groups and lawmakers who described it as a blatant overreach.

"This is a big deal, a really big deal," Sensenbrenner told Fox News, adding that such a broad seizure was "never the intent" of the law. He floated the possibility of amending the Patriot Act before its 2015 expiration to stop this.

In a separate statement, he called the program "excessive and un-American."

The Republican lawmaker also fired off a letter to Attorney General Eric Holder -- who would not comment on the program when asked about it Thursday -- explaining why he thinks the records collection goes astray of the law. He noted that the key section of the law that allows the government to obtain business records requires the information to be relevant to an authorized investigation.

"How could the phone records of so many innocent Americans be relevant to an authorized investigation?" he asked in the letter.

He said the order "could not have been drafted more broadly," and said he does not think it's "consistent" with the law's requirements.

A handful of in-the-know lawmakers lined up to defend the program, while acknowledging the need to protect privacy.

Rep. Mike Rogers, R-Mich., chairman of the House intelligence committee, said the effort is not "data mining," and has helped quash a terrorist attack on U.S. soil in the past few years. He would not elaborate.

The leaders of the Senate intelligence committee also defended the program, saying it is "nothing new." Republican Georgia Sen. Saxby Chambliss said it's been going on for seven years.

Chairwoman Sen. Dianne Feinstein, D-Calif., said these orders are actually renewed every three months through the court. She said the records are there for investigators to access if there is suspicion of terrorist activity.

"The threat from terrorism remains very real and these lawful intelligence activities must continue, with the careful oversight of the executive, legislative and judicial branches of government," Feinstein and Chambliss said in a joint statement.

Speaking later in the day, Senate Democratic Leader Harry Reid said "everyone should just calm down."

Administration officials, while not directly acknowledging the order, defended their authority to collect records and stressed they're not listening in on conversations.

However, civil liberties groups and some lawmakers sounded the alarm over the collection effort.

"The National Security Agency's seizure and surveillance of virtually all of Verizon's phone customers is an astounding assault on the Constitution," Sen. Rand Paul, R-Ky., said.

One civil liberties group called this the "broadest surveillance order to ever have been issued."

"It requires no level of suspicion and applies to all Verizon subscribers anywhere in the U.S.," the Center for Constitutional Rights said in a statement.

Sen. Bernie Sanders, I-Vt., who has historically opposed the Patriot Act, said the effort "is not what democracy is about."

The report in the Guardian newspaper follows revelations that the Justice Department was seizing the phone records of journalists, including at Fox News, in the course of leak probes.

The order, a copy of which apparently was obtained by The Guardian, reportedly was granted by the secret Foreign Intelligence Surveillance Court on April 25 and is good until July 19.

It requires Verizon, one of the nation's largest telecommunications companies, on an "ongoing, daily basis" to give the NSA information on all telephone calls in its systems, both within the U.S. and between the U.S. and other countries.

The text of the order, as published by The Guardian, says that "the Custodian of Records shall produce to the National Security Agency (NSA) upon service of this Order, and continue production on an ongoing daily basis thereafter for the duration of this Order, unless otherwise ordered by the Court, an electronic copy of the" the records in question.

The newspaper claims the document shows for the first time that under the Obama administration the communication records of millions of U.S. citizens were being collected indiscriminately and in bulk, regardless of whether they were suspected of any wrongdoing.