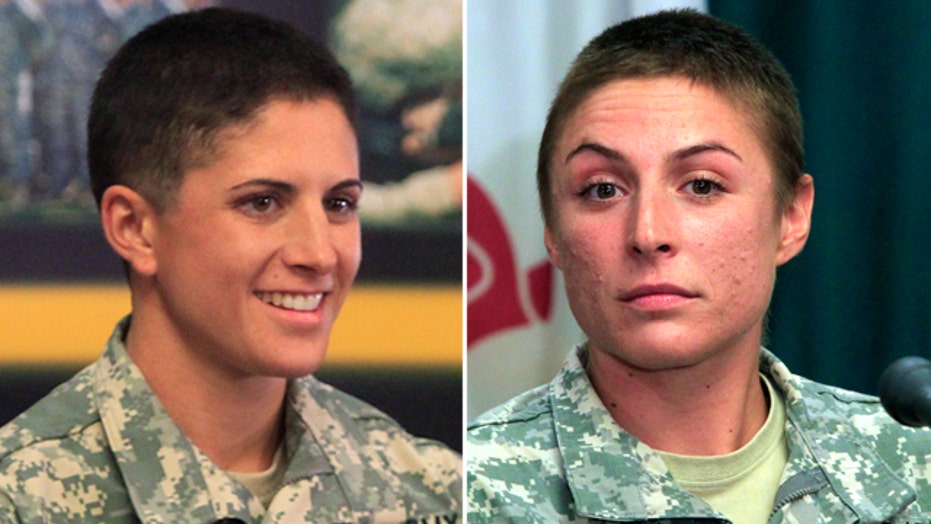 FORT BENNING, Ga. – They are the first women to wear the prestigious Ranger tab.

Both female and male members of the Ranger class endured weeks of limited food and sleep, while performing combat-related tasks in rugged environments -- including woods, mountains and swamps.

Army officials say they were under no pressure to give the women preferential treatment.

“What we've been very consistent on is we said there would be no change in standards,” Maj. Gen. Scott Miller, commander of the Maneuver Center of Excellence at Fort Benning, said.

Both male and female soldiers say they would not have wanted it any other way.

“No woman that I know wanted to go to Ranger School if they changed the standards, because then it degrades what the tab means,” Griest said. “It would lower training for everyone and reduce that quality of training for the entire Army.”

Some of the male Rangers admit they were initially skeptical about their female counterparts’ ability to succeed on the rugged course. But that quickly changed for 2nd Lt. Michael Janowski, when he had to ask his fellow soldiers to help him haul a particularly heavy load.

“I got a lot of deer in the headlights looks,” Janowski recalled. “A lot of people were like, ‘I can't take any more weight.’ Shay was the only one who volunteered to take that weight. She took the weight off me. She carried it up the last half of the road. It literally saved me. I probably wouldn't be sitting here now if it weren't for Shay.”

Although the female graduates now wear the prestigious tab and are considered Rangers, they are still barred from serving in the infantry and Special Operations units, including the 75th Ranger Regiment. However, that may change as the military assesses plans to integrate women into positions traditionally restricted to men only.

"I think the decisions to open up further combat units, of course, will be up to senior leaders in the military,” Griest said. “But I do hope that my performance in Ranger School has been able to inform that decision, as to what they can expect from women in the military -- that we can handle things physically and mentally on the same level as men.”