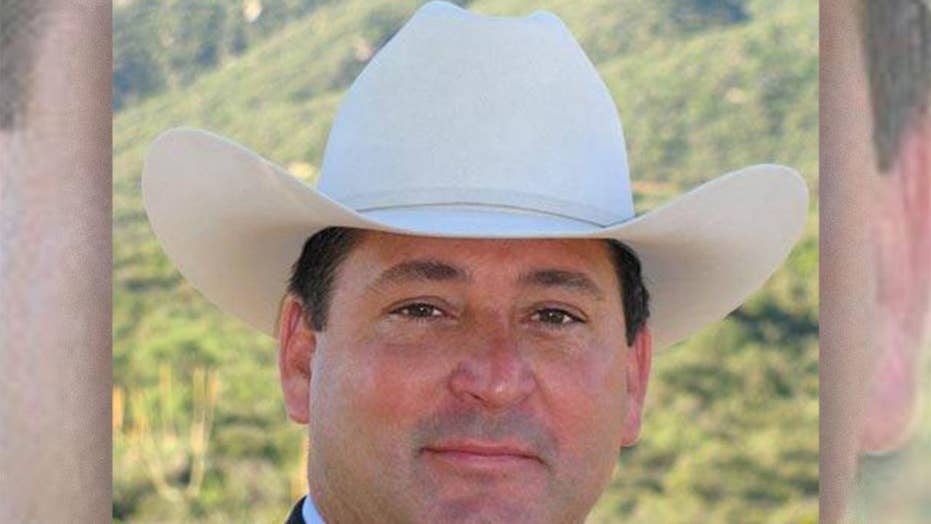 Arizona State Rep. David Cook was arrested in Mesa for allegedly driving under the influence. According to the police report, he told the arresting officer that 'You’ll get yours.'

When an Arizona lawmaker was arrested for allegedly driving while under the influence earlier this week, he reportedly told an officer, “You’ll get yours.”

State Rep. David Cook, a Republican, was arrested Wednesday night in Mesa with a blood-alcohol content registering 0.158 percent, almost twice the legal limit, according to The Arizona Republic. He was arrested on suspicion of extreme DUI.

After he was pulled over, Cook told an officer, “Do you know what you’re doing, son? You’re making a mistake,” according to a Department of Public Safety (DPS) report. He also said it was “fine” when he was told his license would be suspended because his wife works for the state’s Motor Vehicle Department, the report stated.

“I’m fine, don’t worry, you’ll get yours,” Cook told an officer, according to the DPS report.

Cook apologized for the incident in a Facebook post – although he did not mention the comments he allegedly made to law enforcement.

“No lunch, no dinner, and some drinks with friends sounds harmless enough, but get behind the wheel and try to drive home and you’re taking a chance you just shouldn’t take,” Cook said. “I’m lucky, because I got pulled over and got a DUI, but there was no accident, no one got hurt, etc. I’ll be paying a real price for it, and it’s a humiliating experience for sure, but compared to what can happen when someone drinks and drives, the good Lord was looking out for me.”

NEW MEXICO LAWMAKER PLEADS WITH POLICE, SAYS ‘I LITERALLY FIGHT FOR YOU GUYS’ DURING DWI ARREST

He said the law enforcement officers “behaved professionally and did their job well.”

“I apologize to all of you because I hold myself to a higher standard and I’ve let everyone down, friends and family alike,” Cook said.

Cook has been a member of the state legislature since 2017 and chairs the county infrastructure committee. His district encompasses parts of Pinal and Gila Counties.

Arizona state House-Speaker-elect Rusty Bowers said he will reveal what disciplinary actions Cook will face in the legislature once he’s had more time to review the incident and speak with other members, according to KSAZ-TV.

“I’m disappointed and saddened by Representative Cook for failing to meet the standard expected of all Arizonans, much less an elected official,” Bowers said.