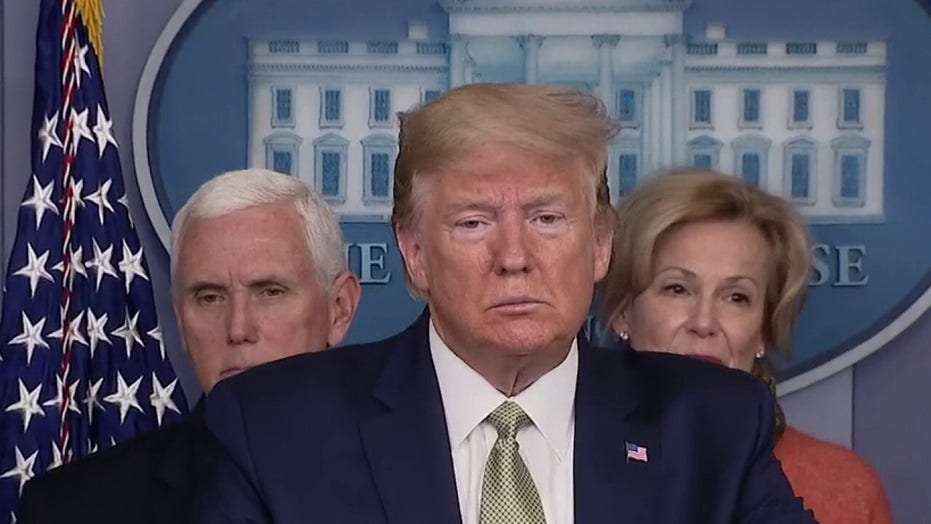 Former 2020 presidential candidate Andrew Yang responded Tuesday to the Trump administration's plan to send money to every American amid the coronavirus outbreak, something many are linking to his signature policy proposal.

Yang was best-known in the Democratic primary for promoting a Universal Basic Income (UBI), which guarantees $1,000 per month for every American adult from the federal government.

Now, just weeks after Yang withdrew from the 2020 race, the White House, as well as lawmakers on Capitol Hill, are actively pursuing a plan to send checks to Americans "immediately" in order to levy the financial struggles millions are facing during the crisis.

“We’re looking at sending checks to Americans immediately,” Treasury Secretary Steve Mnuchin said Tuesday during a news briefing from the White House. “Americans need cash now, the president wants to get cash now. I mean now -- in the next few weeks.”

Yang issued a statement saying his team has been in touch with the White House.

"I'm pleased to see the White House adopt our vision of putting money directly into the hands of hard-working Americans. It's unfortunate to see this development take place under the current circumstances, but this is exactly what Universal Basic Income is designed to do -- offer a way to ensure that Americans can make ends meet when they need it most," Yang said.

He continued, "I look forward to monitoring the developments of the White House as they consider methods of distribution, and both me and my team are eager to offer our support to ensure this process runs as smoothly as possible. My hope is that these checks extend beyond this period of dire need in order to prepare us for any future crises and the continued transformation of our economy and our society."

Yang surpassed expectations during the 2020 primary, entering the race with virtually zero name recognition and outlasting several sitting and former lawmakers, governors and mayors. Since leaving the race, he has joined CNN as a political contributor.