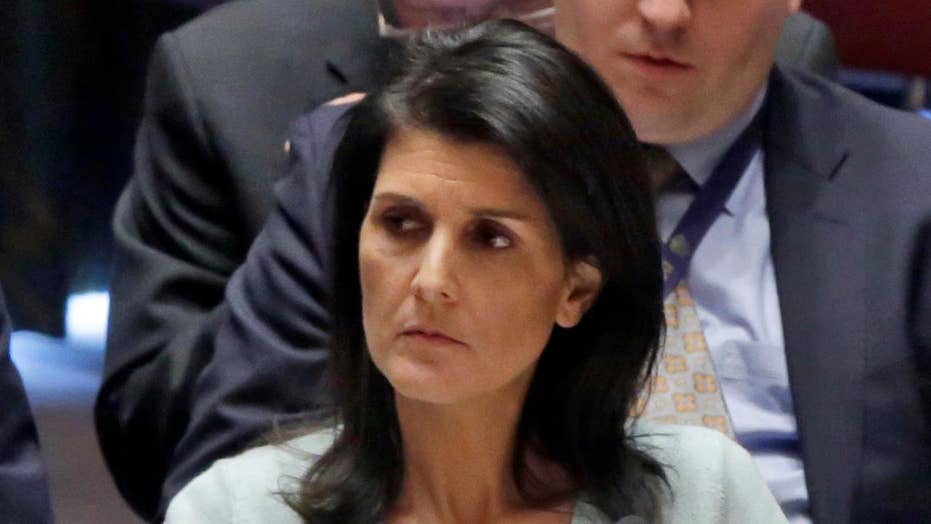 The United States' decision to try to block the appointment of a former Palestinian prime minister to lead the United Nations political mission in Libya was not supported Saturday by Sweden.

U.S. Ambassador Nikki Haley said Friday that the Trump administration was "disappointed" to see that U.N. Secretary-General Antonio Guterres had sent a letter to the Security Council indicating his intention to appoint Salam Fayyad as the next U.N. special representative to Libya.

Fayyad served as the Palestinian Authority's prime minister from 2007-2013.

"For too long the U.N. has been unfairly biased in favor of the Palestinian Authority to the detriment of our allies in Israel," Haley said.

Palestine is a non-member observer state at the United Nations, and its independence has been recognized by 137 of the 193 U.N. member nations. But Haley said the United States doesn't currently recognize a Palestinian state "or support the signal" Fayyad's appointment would send within the United Nations.

“We believe that Mr. Fayyad has the relevant experience and would be an excellent (special representative of the security general) for the very important work relating to Libya,” also said Skoog, who was president of the U.N. Security Council for the month of January.

Sweden's center-left government recognized a state of Palestine in 2014.

U.N. diplomats, speaking on condition of anonymity because discussions have been private, have said Fayyad is well respected for his work in reforming the Palestinian Authority and spurring its economy and had the support of the 14 other Security Council members to succeed Martin Kobler in the Libya job.

Despite opposition to Fayyad, Haley indicated that the Trump administration wants to see an end to the decades-old Israeli-Palestinian conflict.

"We encourage the two sides to come together directly on a solution," she said.

Haley's statement came ahead of Israeli Prime Minister Benjamin Netanyahu's scheduled meeting at the White House with President Donald Trump on Feb. 15, and was welcomed by Israelis.

"This is the beginning of a new era at the U.N., an era where the U.S. stands firmly behind Israel against any and all attempts to harm the Jewish State," Israel's U.N. Ambassador Danny Danon said of the U.S. decision to block Fayyad's appointment. "The new administration proved once again that it stands firmly alongside the state of Israel in the international arena and in the U.N. in particular."

The new U.S. ambassador made clear that "going forward, the United States will act, not just talk, in support of our allies."

Israel's settlement building has been a key obstacle to the revival of stalled peace talks between Israel and the Palestinians. Most of the international community considers all Israeli settlements in territory the Palestinians want for a state in Gaza, the West Bank and East Jerusalem illegal and counterproductive to peace.