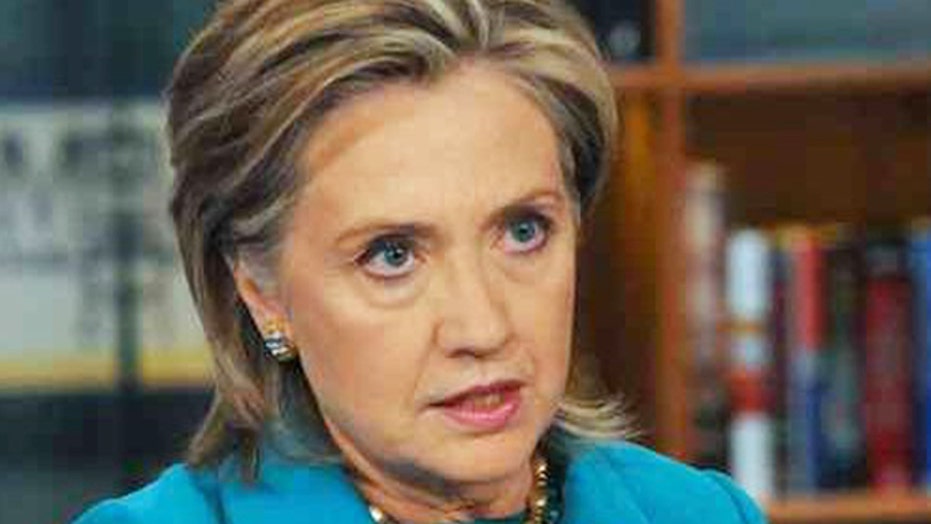 Has Clinton e-mail controversy been 'overblown'?

A former aide to Hillary Clinton during her first lady years – who was tied to two earlier Clinton family political scandals -- has surfaced in connection to the mounting controversy over her Internet and email practices.

Eric Paul Hothem, an aide in the Clinton White House, appears to have been listed as the registered owner of 'clintonemail.com' – a private server and email network Hillary Clinton relied on to conduct official government business while secretary of state.

The Associated Press first reported that the account is hosted at the Clinton family’s Chappaqua, N.Y., home, and was registered to one “Eric Hoteham.”

Neither Fox News nor the AP could find any evidence that an “Eric Hoteham” exists. But Eric Hothem, now a broker for J.P Morgan in Washington D.C., has a strikingly similar name – and deep ties to the Clintons’ checkered past. Neither he nor his wife Sue Hothem, a well-connected D.C. fundraiser who works as vice president of membership for TechNet, could be reached for comment Thursday.

Eric Hothem’s name first surfaced as part of Clinton lore when, in 2001 as the first lady’s aide, he apparently was tied to the removal of several thousand dollars’ worth of furniture and gifts from The White House to the Clintons’ homes -- property the Park Service and White House Chief Usher Gary Walters maintained belonged to the White House.

Barbara Olson, a well-known lawyer and conservative commentator who died in the 9/11 attacks, wrote about the controversy in her book, “The Final Days: The Last, Desperate Abuses of Power by the Clinton White House.” She noted some of the art items taken were part of a White House Americans Craft Collection.

“The National Archives confirmed that the art pieces had been shipped to an Arkansas warehouse, and White House curator Betty Monkman said the decision to move them was made by ‘Mrs. Clinton herself,’” Olson wrote in her book, published after she died in the 2001 attack on the Pentagon.

She wrote that in January 2000, the Clintons began shipping furniture to their Chappaqua home, “despite concerns raised by White House chief usher Gary Walters about whether they were entitled to remove the items. Walters rightly believed they were part of a $396,000 White House redecoration project in 1993.”

According to Olson’s book, Hothem told Walters the items were the Clintons’ personal property.

While the Clintons were forced to return some of the furnishings, and pay $86,000 for the gifts, “No one for sure knows how much the Clintons got away with,” Olson wrote.

As a part of its investigation, the committee looked into the finances of Bill Clinton’s brother, Roger Clinton, noting he received $335,000 in “unexplained travelers checks,” “purchased overseas and likely imported illegally.”

But Roger Clinton also accepted a $15,000 transfer the president made to him from a Citibank account -- associated with Hothem – at the time the committee was trying to get Roger Clinton’s cooperation.

“On March 23, 2001, while the committee was attempting to obtain the cooperation of Roger Clinton, he received a wire transfer of $15,000 from a Citibank account entitled ‘E.C. 934(A) c/o Eric Hothem. Eric Hothem was an aide to First Lady Hillary Rodham Clinton,” the congressional report said.

The report says that when contacted about the transfer, “Hothem’s lawyer referred the Committee to the President’s lawyer, David Kendall.”

Kendall told the committee the account was a personal one of the Clintons and the money was a loan by the president to his brother for legal counsel.

The committee said it was “unclear whether Roger Clinton has repaid or intends to repay the money” but noted “the payment occurred at the height of public outcry and investigative activity regarding pardons at a time when Roger Clinton was deciding whether to provide testimony to the committee and authorities in that Southern District of New York.”

Hothem also was among several “friends and colleagues” Clinton credited in her autobiography as having checked facts, reviewed drafts and shared memories.

It remains unclear what role, if any, Hothem might have played in setting up Clinton computer system. The revelation that she relied exclusively on private email, and used her own unique server, has raised transparency questions for the former secretary, who is widely expected to launch a 2016 presidential run.

Clinton, though, announced late Wednesday via Twitter that she has asked the State Department to make public the emails she has turned over.

"I want the public to see my email. I asked State to release them. They said they will review them for release as soon as possible," she wrote.

A Clinton spokesman could not be reached for comment on Thursday.