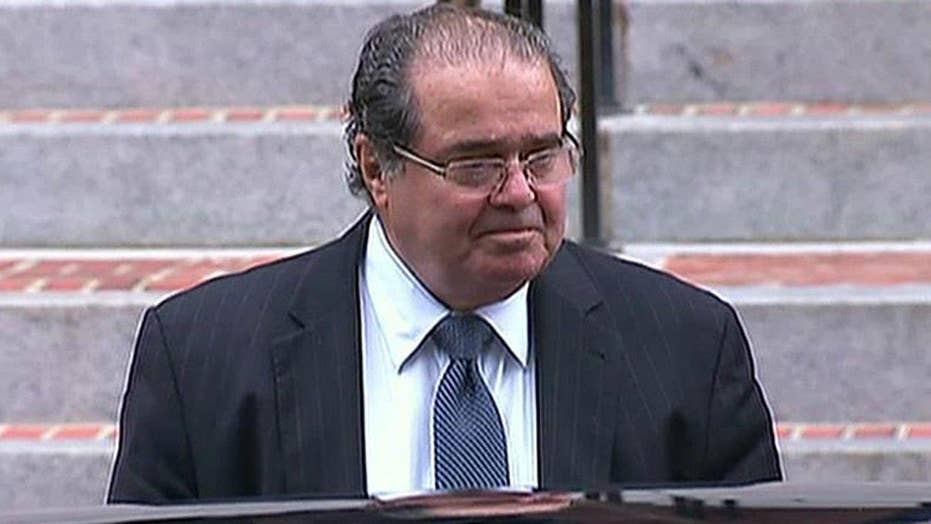 The sudden and unexpected death Saturday of Justice Antonin Scalia gives President Obama an unprecedented opening to shift the balance of the Supreme Court – setting up a potentially seismic battle with Congress in the waning days of his presidency.

Conservatives, as they mourned the 79-year-old jurist’s passing Saturday, already were warning the president against trying to pull the court to the left with a controversial appointment in the heat of a presidential election.

“The American people‎ should have a voice in the selection of their next Supreme Court Justice. Therefore, this vacancy should not be filled until we have a new President,” Senate Majority Leader Mitch McConnell, R-Ky., said in a statement.

Obama signaled Saturday night he would not heed such warnings, saying he plans to nominate a successor.

The vacancy on the high court marks a historic opportunity for the sitting president – a conservative seat he now has the power to fill, potentially tilting the balance in a court that for years has broken 5-4 on key decisions. The president’s past two appointments – Sonia Sotomayor and Elena Kagan – were, by contrast, to fill seats vacated by similarly liberal-leaning justices.

Scalia was no such justice.

“A champion of our liberties and a stalwart defender of the Constitution, he will go down as one of the few Justices who single-handedly changed the course of legal history,” Texas Sen. Ted Cruz, a leading Republican presidential candidate, said in a statement.

His death comes as the high court is weighing an array of weighty issues, from Obama’s immigration policies to affirmative action to public union dues to state abortion restrictions.

With so much on the line, Obama already is being urged by Democratic lawmakers to seize this moment.

Senate Minority Leader Harry Reid, D-Nev., said in a statement: “The President can and should send the Senate a nominee right away. With so many important issues pending before the Supreme Court, the Senate has a responsibility to fill vacancies as soon as possible. It would be unprecedented in recent history for the Supreme Court to go a year with a vacant seat. Failing to fill this vacancy would be a shameful abdication of one of the Senate's most essential Constitutional responsibilities.”

“It is only February,” Sen. Patrick Leahy, D-Vt., said. “The President and the Senate should get to work without delay to nominate, consider and confirm the next justice to serve on the Supreme Court.”

But the Republican-led Congress would be sure to fight any nominee seen as a balance-changer on the bench.

Though the Senate changed its own rules for handling certain nominations back in 2013, it still takes 60 votes to confirm a Supreme Court nominee – a high bar for Obama, whose party holds 46 seats in the Senate (counting two independents).

Republicans could try to run out the clock on any Obama nominee, in hopes of having a potential Republican president nominate someone more aligned with their views next year.

At the same time, such a nomination battle would instantly raise the stakes for the 2016 presidential election itself. Considering the health and advanced age of several Supreme Court justices, the topic of judicial appointments already was an issue on the campaign trail – but an open seat would hand the next president the power to single-handedly, with consent of the Senate, preserve or shift the balance.

And it also potentially sets up the oddest of possibilities – Obama himself being a contender for the court appointment should a Democrat win the White House.

Carrie Severino, with the conservative Judicial Crisis Network, sided with McConnell in urging the president to wait for his successor to make the choice.

“This president, who has shown such contempt for the Constitution and the laws, is the last person who should be appointing [Scalia’s] successor,” she said in a statement “The people’s voice should be heard in November to determine who will appoint the next Supreme Court Justice.”