The Obama administration declassified a new batch of National Security Agency documents the same day the top Democratic senator on the intelligence committee vowed to conduct a top-to-bottom review of U.S. spying programs.

Director of National Intelligence James Clapper Monday evening released a new set of documents, which date mostly to 2009 and appear to address the NSA's efforts to inform members of Congress about programs that collect call data on nearly every U.S. phone user.

Late Monday afternoon, Sen. Dianne Feinstein, D-Calif., the chairwoman of the Intellgence panel, condemned NSA's surveillance of foreign leaders, including German Chancellor Angela Merkel. Feinstein, who in the past has defended the surveillance programs as key to disrupting several terrorist plots, said she was “totally opposed” to the U.S. collection of information on leaders of U.S. allies - including France, Spain, Mexico and Germany.

Feinstein was reacting to a Monday morning report in the Wall Street Journal that said Obama didn't know that the NSA had spied on world leaders until this summer even though the surveillance began years earlier. 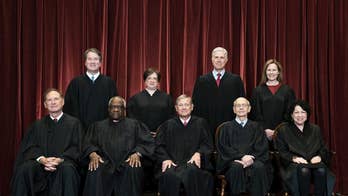