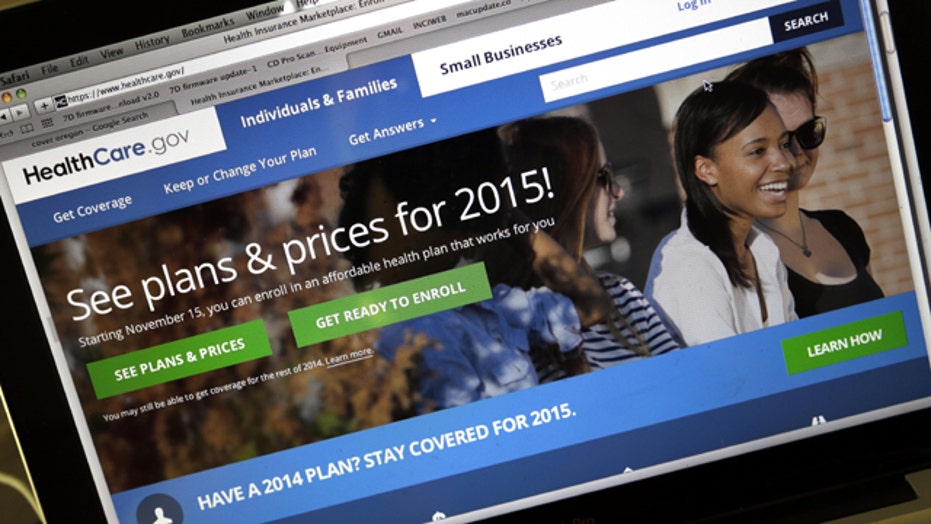 A strange thing has happened on Capitol Hill. Senior Democrats who were vital in writing and promoting ObamaCare appear to be having a change of heart.

First, there was Sen. Chuck Schumer, the upper chamber's No. 3 Democrat, who voiced regret about his party's misplaced priorities during President Obama's first two years in power, when they possessed a filibuster-proof majority.

"Unfortunately, Democrats blew the opportunity the American people gave them," Schumer told an audience gathered at the National Press Club last week. "We took their mandate and put all of our focus on the wrong problem -- health care reform."

The New York Democrat punctuated his criticism with the disclaimer that health care reform was nevertheless an important issue; it just should have been a bit farther down on the to-do list.

"Americans were crying out for the end to the recession, for better wages and more jobs, not changes in health care," he said.

But Schumer isn't the only Democrat with buyer's -- or lawmaker's -- remorse. In an interview published Wednesday, retiring Sen. Tom Harkin of Iowa told The Hill newspaper that ObamaCare didn't go far enough, arguing that the party should have pushed harder for a government-run, single-payer system while it had a filibuster-proof majority -- or dropped it altogether.

"We had the power to do it in a way that would have simplified healthcare, made it more efficient and made it less costly and we didn't do it," Harkin said, according to the Hill. "So I look back and say we should have either done it the correct way or not done anything at all."

The retiring chairman of the Senate health panel, who helped write the law, also laid blame on the White House for not pushing centrist Democrats hard enough on the so-called public option.

The remarks are striking, coming from some of Capitol Hill's most senior and influential Democrats.

But they come after the party has suffered two midterm election drubbings -- the most recent of which handed control of the Senate to Republicans -- and the emergence of videos where ObamaCare co-architect Jonathan Gruber is heard claiming the law's authors took advantage of Americans' "stupidity."

Since the law's passage, ObamaCare has been a major theme of Republican campaigns and critics pounded incumbent senators for their votes in favor of the massive law, which remains unpopular among voters (the most recent Real Clear Politics average shows 52.5 percent disapproving of the law with 37.9 percent in favor).

Republican leaders were only too happy to pounce on Schumer's remarks.

"It was fairly remarkable to have the number-three Democrat in the Senate say last week that Obamacare was a mistake," Sen. John Thune, chairman of the Senate Republican Conference, told reporters Tuesday. "That is a really, really remarkable statement if you think about it."

For their part, Democrats -- including former Obama aides and a former top staffer for House Minority Leader Nancy Pelosi -- didn't hesitate to push back against Schumer's comments.

Several noted that, as a member of leadership, he not only voted for the bill but was deeply involved in its route to passage.

"Certainly the senator's statement was intended to appeal to Senate Democrats who might be looking for a new leader in the next few years," wrote former Pelosi Chief of Staff John Lawrence, who challenged Schumer's suggestion that the Affordable Care Act only benefited a small percentage of the electorate in a blog post. "It just wasn't necessary, in order to prove he has their backs, to put a dagger into the backs of President Obama and Democratic congressional leaders."

In a tweet, former Obama speechwriter Jon Lovett pondered: "So what exactly does Chuck Schumer believe was the error? Does he believe that the goal of winning office is winning office?"

Asked about the fact Republicans are using his comments against him at a Tuesday media availability, Schumer didn't walk them back but pointed out that his entire speech was some 20 pages long. That's "all I'm going to say on that issue," he said.

But if Schumer was right in his post-mortem that Democrats failed to prioritize economic issues, Thune argued the party has not learned the lesson.

"Ironically, the Dems now are talking about issues like immigration, climate - things that get very far afield from the issues that I think the American people care the most about, which is jobs, the economy and how to make their futures better and brighter," the South Dakota Republican said.