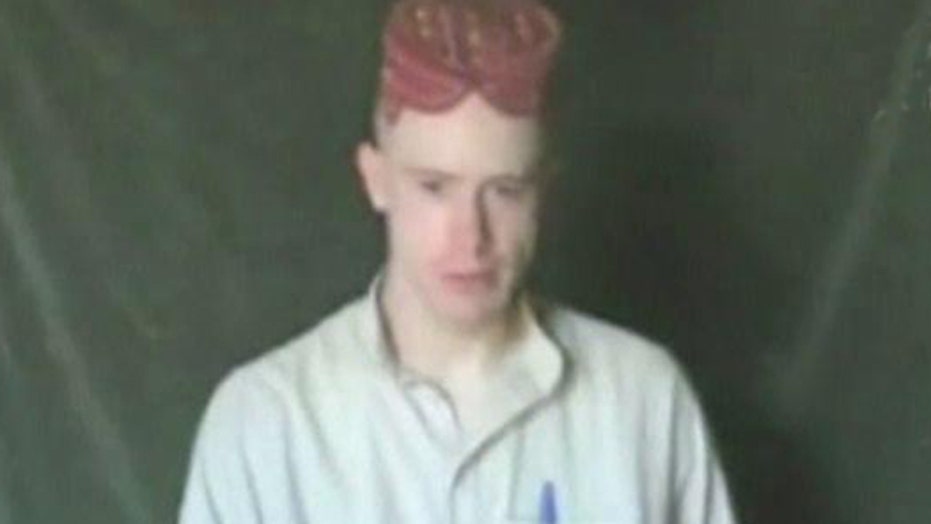 The Obama administration has decided to revive talks with the Afghan Taliban in an effort to free the only known American soldier in captivity in exchange for the release of Taliban prisoners held at the U.S. detention facility in Guantanamo Bay, Cuba, The Washington Post reported late Monday.

Five Taliban prisoners who have been held at Guantanamo for years would be released to protective custody in exchange for the release of Bowe Bergdahl, who was captured in Afghanistan in 2009, the newspaper reported, citing current and former U.S. officials familiar with the decision.

The Post reported that senior officials from the White House, the Pentagon, the State Department and other agencies decided within the past month to allow the release of all five prisoners at the same time, though the exchange offer has not been formally made.

The report comes a month after U.S. officials confirmed they'd received a video showing Bergdahl, 27, in poorer health than previous footage taken in the years since he went missing in Afghanistan on June 30, 2009. Bergdahl was based on Joint Base Elmendorf-Richardson in Alaska when he was captured.

Bergdahl, who is from Idaho, was 23 years old at the time and was serving at a base in Paktika province near the border with Pakistan in an area known to be a Taliban stronghold. In the first video released by the Taliban, Bergdahl indicated that he was captured after lagging behind during a patrol.

The circumstances of Bergdahl's capture are unclear. U.S. officials had told The Associated Press that a soldier vanished after walking off his base with three Afghans, while the Taliban said "a drunken American soldier had come out of his garrison" and was captured by militants.

Last year, the Taliban offered a deal to free Bergdahl in exchange for five of their most senior operatives being held at Guatanamo Bay. But the proposal was rejected by the Obama administration over a longstanding U.S. policy of not negotiating with terrorists.

Two U.S. officials familiar with the decision told The Washington Post that the Taliban had broken off negotiations and that the U.S. has been open to talks. Negotiations would not attempt to engage the Taliban on other issues related to the future of Afghanistan, the report said.

“He’s been gone too long,” Kirby told reporters during a press briefing. "We want him back. We’ve never stopped trying to bring that about. He’s never far from anyone’s mind here."

There is no "actionable" intelligence on Bergdahl’s precise location, one official told the Post, and the U.S. military has reportedly ruled out a rescue mission.

The effort to revive talks comes amid U.S. frustration over Afghan President Hamid Karzai's refusal to sign a long-term security agreement with the U.S. that he agreed to last year. The pact would provide the legal basis for any U.S. forces to remain in Afghanistan as trainers and advisers after the international combat mission ends in December.