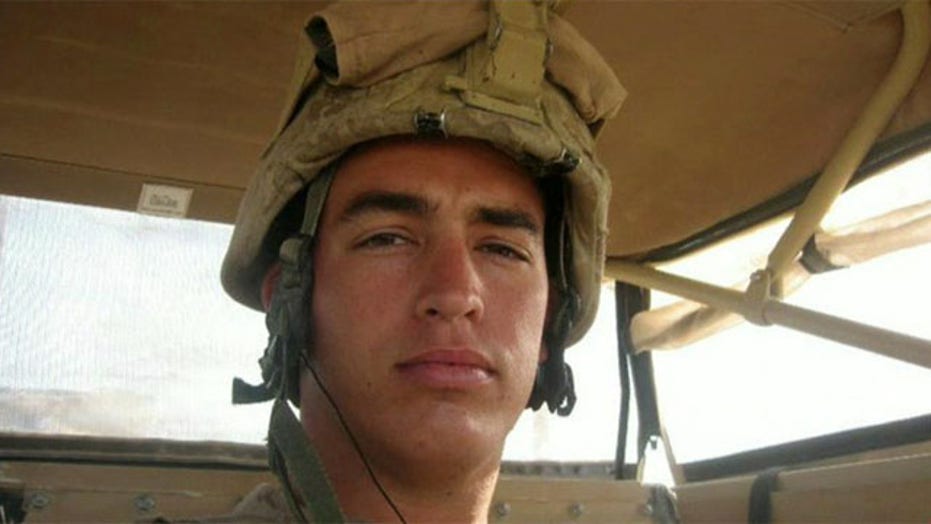 Marine jailed in Mexico shines light on relationship with US

The Obama administration broke its silence Thursday on the case of a U.S. Marine imprisoned in Mexico on gun charges, with a State Department spokeswoman confirming that Secretary of State John Kerry "raised the issue" during meetings this week in Mexico City.

"Obviously this is a case we've been concerned about, hence we've raised it," she said, when asked about Tahmooressi by Fox News.

A spokesman for Rep. Duncan Hunter, R-Calif., who has tried to bring national attention to the case, said this is a "good" development but "still not enough."

"The big question is what are you going to do from here?" spokesman Joe Kasper said. "Kerry bringing it up evidently hasn't gotten Andrew out of jail."

U.S. lawmakers are starting to get more involved in bringing attention to Tahmooressi's situation. Tahmooressi has been jailed in Mexico since April 1, and has a hearing coming up. As of Monday, according to a State Department update, the last consular visit was May 9.

Psaki would not go into detail about what Kerry might have said during his two-day visit to Mexico, which ends Thursday. He did meet Wednesday with Mexican President Enrique Pena Nieto.

"We've been very engaged," Psaki said, adding U.S. diplomats have spoken with "numerous Mexican officials" about it. She also noted: "Within a foreign country, a U.S. citizen is subject to that country's law and regulations."

The comments come after criticism from Hunter that President Obama and Kerry were ignoring the Marine's plight.

Then-Secretary of State Hillary Clinton spoke out in 2011 on American hikers imprisoned in Iran, and her husband even traveled to North Korea in 2009 to retrieve two Current TV reporters locked up in the hermit kingdom.

But Hunter told FoxNews.com he was told last week that in the case of Tahmooressi, the matter hadn't reached the "secretary level" at that point. Kerry still has not publicly addressed the case.

"He can at least say something," Hunter said. "He's got a lot of leverage."

Hunter voiced frustration in a letter sent Wednesday to Marine Corps Commandant Gen. James Amos. He appealed to Amos for help in securing his release, citing "the evident lack of interest in Andrew's case among the President and the Secretary of State."

Hunter has written to Kerry twice about the case, with no response.

Tahmooressi was arrested after border inspectors found three legally purchased and registered firearms in his truck. Though he claims he made a wrong turn at the poorly marked crossing, he was taken to the notorious La Mesa Prison in Tijuana and charged for weapons trafficking. He was later transferred to a prison in Tecate.

Kerry spoke Thursday to staff at the U.S. Embassy in Mexico City. He addressed the "need to meet the challenge" of dealing with unaccompanied children who cross the border into the U.S., and concerns about "too many guns" going from the U.S. to Mexico -- but did not address the Tahmooressi case.

White House Press Secretary Jay Carney was asked Wednesday about the case, and whether Obama has talked to his Mexican counterpart about it.

"I'll have to take the question. I haven't had that discussion," Carney said.