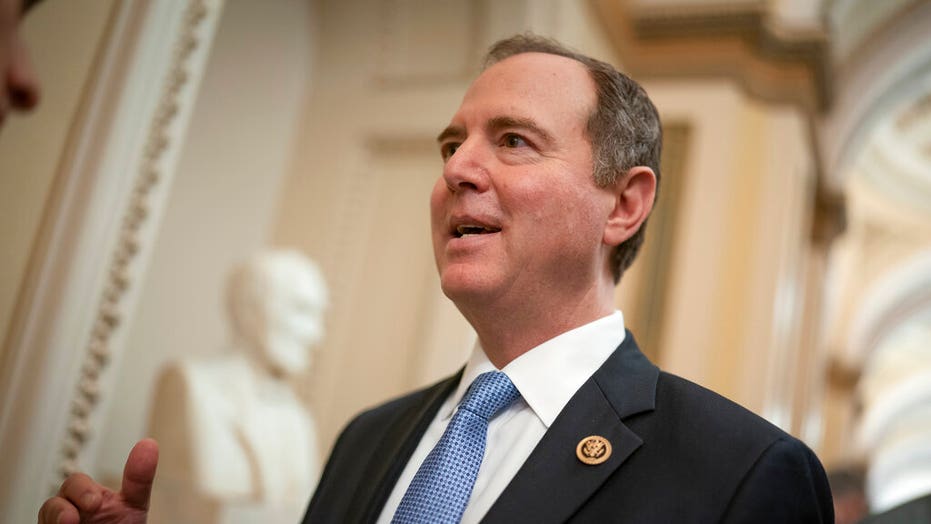 House Intelligence Committee Chairman Adam Schiff announced subpoenas Tuesday for documents and testimony from the Department of Homeland Security as part of the committee's whistleblower investigation.

Brian Murphy alleged that officials pressured him to downplay information on Russian influence and the threat represented by White supremacists. The complaint also alleges that Murphy was retaliated against and demoted.

Schiff accused the DHS and Joseph B. Maher, the head of its Office of Intelligence and Analysis, of “effectively blocking the whistleblower from testifying” and failing to provide documents.

DHS has denied the allegations in both the complaint and from Schiff.

He said Murphy was reassigned because of allegations he abused his authority by personally directing the collection of information on U.S. journalists.

In this March 3, photo House Intelligence Committee Chairman Adam Schiff, D-Calif., talks to reporters on Capitol Hill in Washington. Schiff said Tuesday, Sept. 29, that he will subpoena the Department of Homeland Security after a department whistleblower wasn’t allowed access to documents and clearance he needs to testify. (AP Photo/J. Scott Applewhite, File)

In a letter to Maher, Schiff wrote that Murphy’s lawyers had not been granted temporary security clearances by the DHS that would allow them to work on his deposition in the case, which the committee said it has repeatedly been forced to delay.

“The Committee will no longer tolerate the obstruction and attempts to run out the clock by the Department,” Schiff said in a statement.

The subpoenas aim to force the DHS to hand over records related to an ongoing whistleblower probe and to compel Maher to testify under oath.

ADAM SCHIFF URGES 'GOOD CONSCIENCE' REPUBLICANS IN TRUMP ADMINISTRATION TO STEP DOWN: 'IT IS TIME FOR YOU TO RESIGN'

The DHS denied that it was "stonewalling" the committee and said in a statement that the subpoenas amounted to “obvious political theater.”

DHS said it produced "nearly 3,000 pages of documents" in addition to other materials for the House committee.

The subpoenas are seeking an Oct. 6 deadline for DHS to hand over the documents and testimony from Maher on Oct. 2.