The American Civil Liberties Union (ACLU) is calling for an end to the Department of Homeland Security (DHS), describing the post-9/11 agency on Monday as a "loaded weapon that sits on the proverbial coffee table in the Oval Office."

"The short history of DHS has been filled with violence, the stoking of fear and a lack of oversight. The department’s horrific tactics are being used in cities across the country," ACLU Executive Director Anthony Romero said in a USA Today op-ed.

The federal agency's crowd control tactics were sharply criticized in Portland, Oregon. The ACLU has already sued DHS over tactics they say were "terrorizing the community, risking lives, and brutally attacking protesters."

Romero said: "People across the political spectrum watched in disbelief as federal agents were deployed to American cities — despite objections by mayors and governors — to escalate violence against protesters. Paramilitary forces abducted people exercising their constitutional rights in Portland, placed them in unmarked vehicles and took them to undisclosed locations."

DHS has defended itself, arguing that they were forced to intervene as demonstrations became violent and local law enforcement wasn't adequately containing it.

"People across the political spectrum watched in disbelief," Romero wrote, "as federal agents were deployed to American cities — despite objections by mayors and governors — to escalate violence against protesters. Paramilitary forces abducted people exercising their constitutional rights in Portland, placed them in unmarked vehicles and took them to undisclosed locations."

Customs and Border Protection (CBP) Commissioner Morgan previously told Fox News that he was aware of no wrong-doing on his agent's part, noting that he receives "very detailed reports" on the situation "literally hour by hour." Agents eventually altered their presence, withdrawing from the federal courthouse, after coming to an agreement with Oregon state police.

Romero's op-ed came years after the attacks on September 11, which led to the integration or consolidation of 22 other agencies into one, much larger department that employs roughly 240,000 people and has a budget of $51.6 billion. Instead of maintaining that structure, Romero suggested breaking the department into various parts. 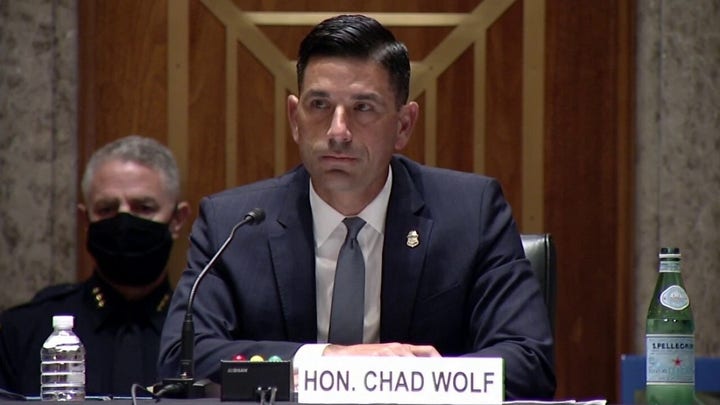 "Dismantling DHS, breaking it apart into various federal agencies, and shrinking its allocation of federal dollars will allow for more effective oversight, accountability and public transparency," he said. "The spun-off agencies will have clearer missions and more limited functions. A behemoth of a federal agency too easily hides its problems and failings."

When former President George W. Bush signed the Homeland Security Act of 2002, he described the department as a way to ensure "our efforts to defend this country are comprehensive and united." One of the primary concerns after 9/11 was a lack of communication between various federal agencies prior to the attack.

"The Department of Homeland Security will also end a great deal of duplication and overlapping responsibilities," Bush said. "Our objective is to spend less on administrators in offices and more on working agents in the field -- less on overhead and more on protecting our neighborhoods and borders and waters and skies from terrorists."