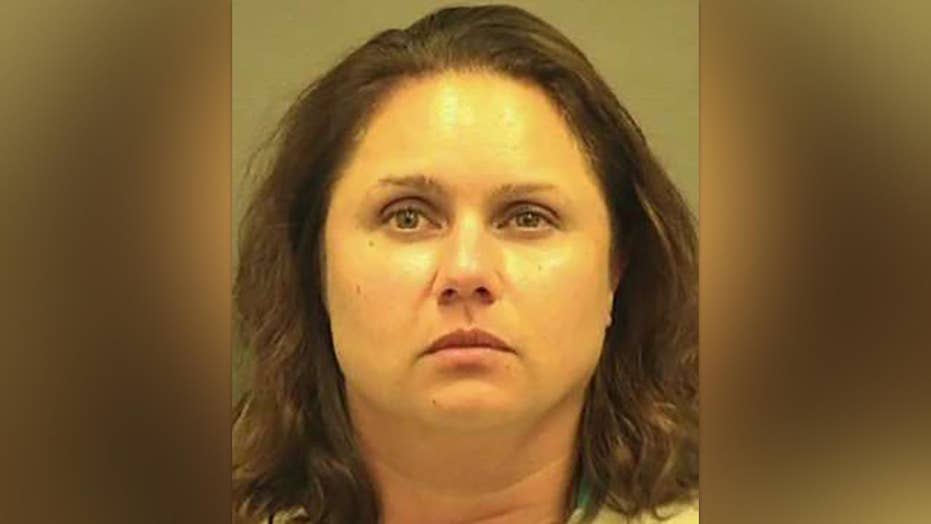 The Treasury Department employee charged Wednesday with leaking confidential financial files related to former Trump associates had a “co-conspirator” at the department who also exchanged several-hundred messages with a journalist, according to the criminal complaint.

The court papers do not name the higher-ranking “co-conspirator,” who has not been charged. But the complaint referred to the person as an "associate director" at the department's Financial Crimes Enforcement Network (FinCEN) to whom defendant Natalie Mayflower Sours Edwards reported.

The complaint states that this “co-conspirator not named as a defendant” exchanged more than 300 messages with a reporter through an “encrypted application.”

A spokesman for the U.S. Attorney's Office in the Southern District of New York – which brought the case against Edwards – declined to comment on the person referred to in the court papers, saying prosecutors “cannot comment outside of the person named in the complaint.”

The Washington Post cited sources in reporting the name of the person accused of being the “co-conspirator.”

That person could be reached for comment from Fox News on Thursday. A spokesman for FinCEN declined to comment.

The documents said Edwards “initially” denied having contact with members of the media, though told the FBI she was aware that the unnamed person – as well as another FinCEN employee – had communicated with the news media.

Edwards’ dramatic arrest late Tuesday came on the heels of other high-profile, leak-related prosecutions under the Trump administration, which has pledged to go on the offensive against leakers that the president has called "traitors and cowards."

Prosecutors said Edwards saved thousands of SARs, "along with thousands of other files containing sensitive government information," to a government-provided flash drive.

She transmitted the SARs to the reporter by "taking photographs of them and texting the photographs" using an encrypted application, according to charging documents, which said Edwards eventually confessed to doing so. FBI agents obtained a pen register and trap and trace order for Edwards' cellphone during their investigation.

The files were allegedly saved to a folder on the flash drive with the file path "Debacle\Emails\Asshat."

"Edwards is not known to be involved in any official FinCEN project or task bearing these file titles or code names," federal authorities said.

The flash drive contained not only SARs, but also "highly sensitive material relating to Russia, Iran, and the terrorist group known as the Islamic State of Iraq and the Levant," prosecutors said.

During her interviews with FBI agents, Edwards initially denied any contact with the news media and called herself a "whistleblower" who saved the SARs for "record-keeping," according to the criminal complaint. Prosecutors said Edwards had previously filed an unrelated whistleblower complaint, and had been in touch with congressional staffers regarding that complaint.

The journalist's name Edwards allegedly spoke with was not disclosed in court papers. But the documents list about a dozen stories published by Buzzfeed News over the past year-and-a half, including an article headlined, "GOP Operative Made 'Suspicious' Cash Withdrawals During Pursuit of Clinton Emails."  Another article was titled, "These 13 Wire Transfers Are A Focus of the FBI Probe Into Paul Manafort."

The most recent BuzzFeed article cited in the charging documents was published on Monday.

The case is apparently the first criminal prosecution arising from leaks about individuals targeted by Special Counsel Robert Mueller's team in the course of its Russia investigation. Manafort was found guilty earlier this year of various bank and tax crimes; his associate, Gates, pleaded guilty.

In a hearing Wednesday afternoon, federal magistrate judge Theresa Buchanan released Edwards, subject to the custody of her parents. She and her parents also signed a $100,000 bond as part of her release. Edwards, who appeared in court wearing street clothes, faces two charges (one for unlawful disclosure and one for conspiring to unlawfully disclose), each one carrying a maximum sentence of five years and a $250,000 fine. She is due back in court Nov. 2.

Edwards is on administrative leave at Treasury, a FinCen spokesman said Wednesday.