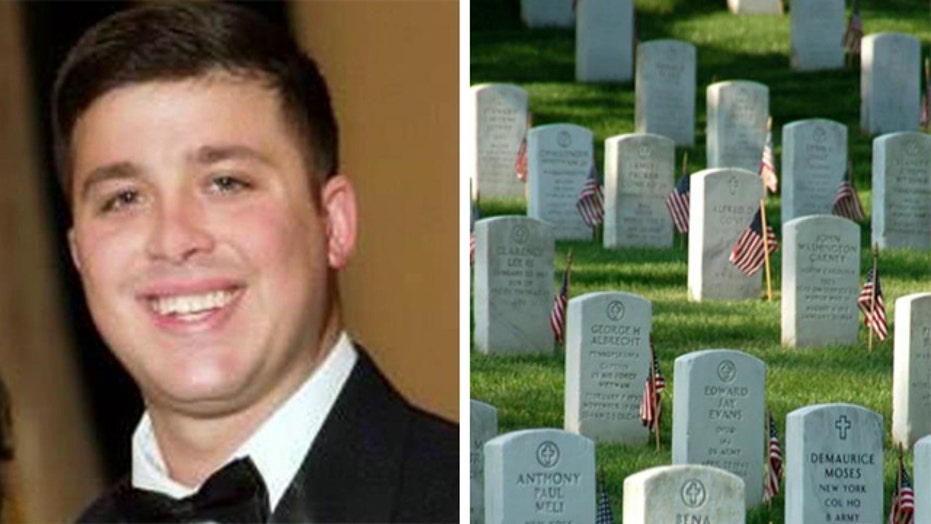 SSgt. Florich to be buried at Arlington National Cemetery

A Louisiana National Guardsman killed in a helicopter crash in the Gulf of Mexico will be buried in Arlington National Cemetery after all, following a fierce campaign by his family and supporters that prompted an about-face from the Pentagon Friday.

The rare exception announced by Army Secretary John McHugh means Staff Sgt. Thomas Florich, 26, who was among four guardsmen and seven Marines killed when their Black Hawk helicopter crashed March 10 off of Pensacola, Fla., will rest for eternity in the elite military graveyard. The military had previously said that Florich was not eligible for the distinction because he was not considered to have been on active duty when he died. But Friday's reversal brought joy and pride to Florich's family, including his father, Stephen, a former Army major and Green Beret.

"My son was in uniform and doing what he had to do in hazardous conditions when he gave his life, and he deserves to rest in peace there."

"I've walked that ground with my son and we talked about what it meant when he was a teenager and as he grew into a young man," Stephen Florich, of King George, Va., which is about 45 miles south of Arlington Cemetery, told FoxNews.com. "It is sacred ground. My son was in uniform and doing what he had to do in hazardous conditions when he gave his life, and he deserves to rest in peace there."

Florich was a fourth-generation military man, but was technically in the helicopter training when the aircraft went down in bad weather. Everyone else aboard was deemed to have been on active duty, and thus eligible for burial at Arlington.

McHugh announced that he has approved the exception after determining there was "compelling justification for granting this request for an exception to ANC's interment eligibility criteria."

"As the U.S. military evolves, reserve and National Guard service members train alongside their active duty counterparts with increasing frequency," McHugh wrote.  "When these service members tragically lose their lives while training side-by-side for the same mission in defense of our nation, it is fitting to afford them the same burial privileges."

McHugh has since ordered a review of the Code of Federal Regulations - which governs eligibility for interment and inurnment at Arlington - to see if changes may be needed.

The military has become rigid about the requirements for burial at Arlington, given that space at the cemetery is only projected to last for another 40 years.

"As the nation's premiere military cemetery, Arlington National Cemetery holds a unique place in the history and hearts of the United States," said McHugh. "Because of the overwhelming number of requests for burials - and the limited space available - stringent criteria for in-ground burials were enacted to ensure that an otherwise eligible veteran or service member would not be denied their right to be buried at Arlington."

Stephen Florich said his son's widow, Meghan, who is eight months pregnant with a baby girl who will be named Alice, will travel up from her home in Louisiana after she gives birth to mark the somber event.

"Her health and the health of baby Alice is our first priority right now, but they will be here for the ceremony," he said.

Cemetery spokeswoman Jennifer Lynch said Arlington is expected to run out of burial space in about 40 years, meaning "those currently serving on active duty may not have an opportunity to be buried at Arlington National Cemetery, if they retire after a life of service."

"This is not including any conflicts that may arise in the next 40 years," Lynch said.