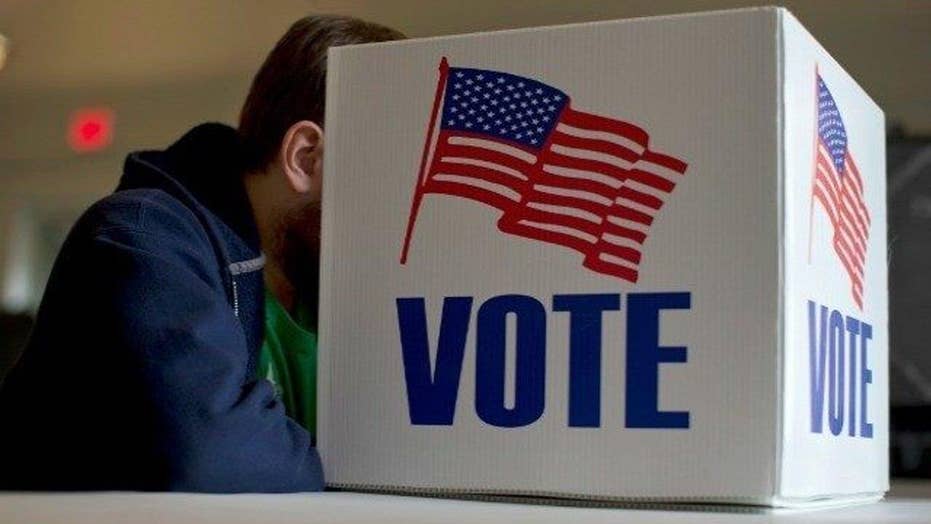 After two failed bids to grant voting rights to illegal immigrants, some San Francisco officials believe they have found the man who can make it happen: Donald Trump.

A proposed charter amendment drafted by Board of Supervisors member Eric Mar would give illegal immigrants with kids in the public school system the right to vote in school elections. Voters have rejected two previous ballot proposals, but Mar is betting on anti-Trump sentiment to carry the pro-illegal immigrant proposal if he can get it on the November ballot.

“With Donald Trump’s racist and anti-immigrant sentiments, there is a reaction from many of us who are disgusted by those politics," Mar said. "I think that’s going to ensure there is strong Latino turnout as well as other immigrant turnout.”

Mar is hoping anti-Trump sentiment will get his measure passed.

A key promise in Trump's campaign for the Republican nomination for president has been to build a wall on the Mexican border. This week, Trump claimed a federal judge overseeing a lawsuit against Trump University wouldn’t be impartial because he is of Mexican heritage.

Mar staffers confirmed the measure will go before the rules committee within weeks, and could then be presented to the full board of supervisors. If a majority support it, the charter amendment will be on the ballot Nov. 8 when the city and nation votes for president.

“The time is right for San Francisco to make history, to pave the way for immigrant parents to have a say in the policy decisions that impact their child’s education and who gets to sit on the Board of Education,” Mar said in a written statement.

In 2004, voters narrowly rejected the same proposal. A similar measure, introduced by California Assemblymember David Chiu, D-San Francisco, failed in 2010 with just 46 percent of the vote.

Chiu believes Trump's presence on the ballot, and the fact that one of every three children in the system is now the child of an immigrant parent could make the third time a charm.

“With the anti-immigrant rhetoric from Donald Trump, it is more important than ever that we come together as San Franciscans to stand up for our immigrant communities and support their civic engagement,” Chiu said in a written statement.

“It is wrong to extend the vote to individuals who have not entered the American social compact or made a commitment to the our Constitution, our law, and our cultural and political heritage by becoming citizens,” von Spakovsky said. “It is even worse to extend the franchise to illegal aliens whose very first act is to violate our laws; that encourages contempt for the law.”

Seven jurisdictions - including 6 in Maryland and one in Chicago – afforded voting rights to noncitizens, Ron Hayduk, a political science professor at Queens College of the City University of New York, told the Chronicle.