Most recently, Angle reported on the Patient Protection and Affordable Care Act (PPACA), the 2013 immigration reform bill and President Obama's second inauguration in 2013 from Washington, DC. During his tenure at FNC, he has provided coverage of major political news from Washington, including key issues like social security, tax reform, energy, immigration and the economy within the Obama and Bush administrations. During the presidential election in 2000, he reported live from former Vice President Gore's headquarters in Nashville, TN during the Florida recount process. He also traveled overseas with former President Bill Clinton and covered both his reelection in 1996 and impeachment trial in 1999.

Prior to joining FNC, Angle was a correspondent at CNN, where he covered politics and the economy. Before CNN, he reported on economic policy as a correspondent for ABC News, and contributed to "World News Tonight," "Nightline" and "Good Morning America." From 1990-1993, he anchored the popular national program "Marketplace," a daily half-hour show on money and business on NPR. He also spent seven years as NPR's senior White House correspondent, covering both the Reagan and Bush administrations.

Angle has received numerous awards and honors for his reporting. He was a recipient of the Merriman Smith Memorial Award, awarded by the White House Correspondents' Association, for outstanding presidential news coverage for broadcast journalism in 2001 and 2003. Additionally, he has twice been honored with the "Excellence in Financial Journalism Award" for his reporting on economic issues on "Nightline" in 1994 and 1995. Renowned columnist Nat Hentoff praised Angle as "One of the most fair, incisive, and informed investigative reporters on the Washington scene."

Angle received his B.A. in political science from Texas Tech University and earned his M.A. in Latin American Studies from the University of Texas at Austin. A simple question divides the two parties on the process of this election -- should voters have to show a picture ID to cast a ballot? 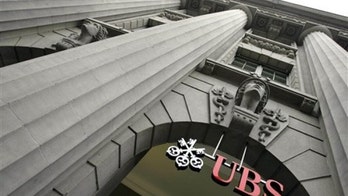 Some 19,000 American citizens were reportedly hiding taxable assets in the Swiss Bank UBS with the encouragement and assistance of the bank itself. UBS itself is now cooperating and has paid a $780 million fine to avoid prosecution. 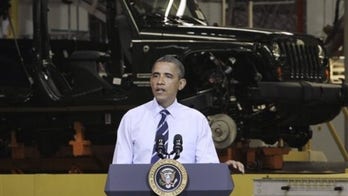 Automakers are pushing back against an Obama administration proposal that would almost double vehicle fuel-efficiency standards, launching a new ad campaign warning of hundreds of thousands of job losses across the country.

John Brennan, Obama's chief intelligence adviser and anticipated CIA chief, was recently forced to withdraw his name -- and the drumbeat of opposition came not from the front pages, but from left-wing bloggers.

Congressional Democrats trying to drive down the cost of health insurance face one big snag: the states, not Washington, control most of the costs.

Because the health care reform bills require insurance companies to cover pre-existing conditions and prohibit them from charging sick people any more than others, Congress is depending on young, healthy people to buy insurance -- even threatening fines for those who don't.

More than 11,000 doctors from around the country who connected on a medical Web site called Sermo signed a petition outlining several issues they think are critical parts of health reform. The petition was delivered to the 100 Senate offices Tuesday.

The union of public employees criticized the latest health care plan Wednesday and pointed specifically to the fee on insurance plans, saying it "taxes health plans that provide benefits for many middle class families."