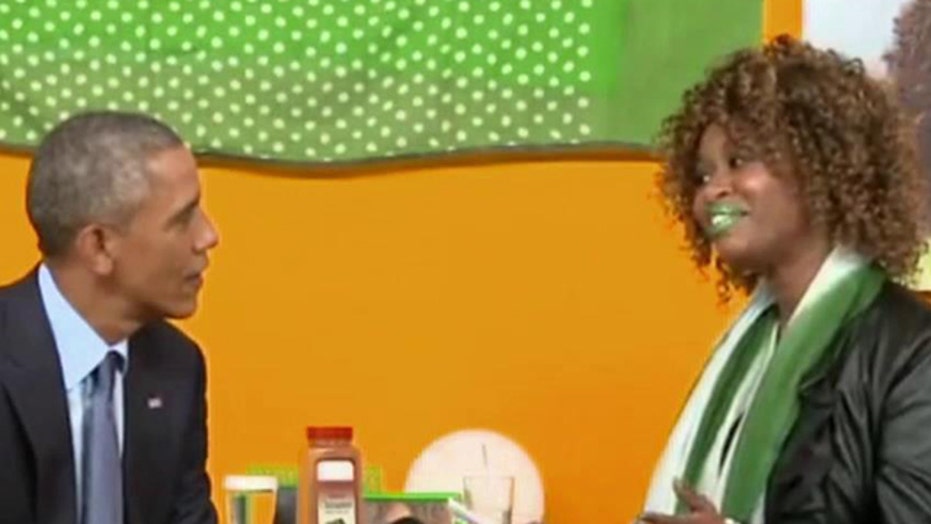 Republicans who mock President Obama’s interviews with the three popular YouTube Internet stars make a serious mistake. While the Obama White House is completely incompetent and weak, they know how to spin everyday Americans. The Washington media crowd, including conservative media, preaches to the choir of news junkies. The idea that you can win a modern presidential election without being modern is what should be mocked.

Republicans need to change their elitist attitudes -- and fast. Voters aren’t as informed as we want them to be and the Democrats have figured out how to reach them with simple messages.

How can it be that some Republicans still don’t understand that young people aren’t watching “Meet the Press” or “Fox News Sunday”? In fact, news junkies are watching less “Meet the Press.” Young people are getting their news from YouTube, Facebook and Ellen. And Team Obama has largely monopolized the playgrounds where Millennials are hanging out.

Republicans need to change their elitist attitudes -- and fast. Voters aren’t as informed as we want them to be and the Democrats have figured out how to reach them with simple messages.

The YouTube interviews inside the White House were an easy home run for the president’s communications team. The White House must love the ridiculing they are getting from conservatives, too. The more out of touch Republicans seem, the easier their job to spin young people becomes.

The Internet stars who interviewed Obama have a combined reach of thirteen million people – and most of them aren’t following politics. They are ‘gettable’ and Democrats are reaching them. Republicans need to change their elitist attitudes -- and fast. Voters aren’t as informed as we want them to be and the Democrats have figured out how to reach them with simple messages.

I am not sure how anyone could criticize the president’s outreach to thirteen million people. After all, one YouTube host informed the president that during the State of the Union address, the most Googled question in America was “How old is Obama?”

Hank Green, a wildly successful vlogger with his brother, who regularly reaches 2.4 million people through their YouTube videos, started off the round-robin interviews by thanking the president for welcoming him to his house. Obama, showing incredible connectivity with his audience responded with an analogy that every young person understands. “I’m actually leasing (this house), and my lease runs out in two years. I hope to get my security deposit back,” said Obama.

Green, who was born in 1980, focused his questions on what young, non-news junkies are thinking about their government. Green asked whether something can “really get done in Washington,” how drone strikes make sense and whether or not more sanctions can work on a country like North Korea.

His questioning was serious. Green also asked one of the smartest questions Obama has had over the last six years. Green told the president, “I don’t smoke pot…I think it’s bad for my brain…but I’m for legalization….how do we move forward out of this legal gray-ness?” It was a way of forming a question many in the White House press corps have never thought about.

Green finished the interview by sharing with Obama a receipt for a prescription drug medication that he said cost $1,100 but because he enrolled in ObamaCare now costs $5.

The moment was a strong message for the millions watching. The president didn’t miss the moment either and said of ObamaCare, “We had some bad hiccups initially…but the website works really well now.”

Glozell Simon, a 52-year-old comedian who goes by the name Glozell Green and reaches 3 million people, was up next. Glozell surprised the Washington crowd by first asking, “Why didn’t the government help Sony feel protected and safe enough to release the film on time?”

She went on to tell the president she cut off the hoodies from her husband’s sweatshirts because of her concern for his safety, and then asked a question about Cuba because many of her Cuban friends have concerns over Obama’s new friendship with Castro.

Glozell, who although is wildly creative and funny, was completely respectful of the situation. She asked about same sex marriage and Obama’s legacy and gave her followers a peek at the president answering easy, soft questions. The president looked and sounded relatable.

Obama told her, “your voice is more powerful than the president of the United States.” And I am sure her young female followers agreed.

Mota, too, asked the president a question in a way traditional reporters have failed to ask. “I was just in China and couldn’t access the apps and websites I could back home,” Mota said. Obama gave her a non-answer that made him look knowledgeable but likeable.

She also said, “I never really followed politics that much…why should the younger generation be interested in politics?” The president again spun a good tale about the need for young people to get involved so they can go to college. Eight million young women now think Obama wants them to go to college. It was a brilliant move by the president.

Obama finished the round of interviews by taking a selfie with the three and adding this eye-opening insight into his reason for going around the White House press corps and sitting down with YouTube stars. Obama told them: “This is the power of what the Internet is all about…you can create content and there’s not all these barriers to entry…suddenly you get millions of people who are listening to you.”

Republicans are bound to lose the next presidential election again if they can’t communicate with new voters.

Millions of people walk into the voting booth and vote for someone they like. News junkies and Washington types casually refer to this as "Who would you want to have a beer with?" The sentiment is accurate but the analogy should be updated to "Who do you want to make a YouTube video with?"

I think President Obama is weak, bored with the office, and an incompetent leader. But he sure knows how to go around the White House press corps.