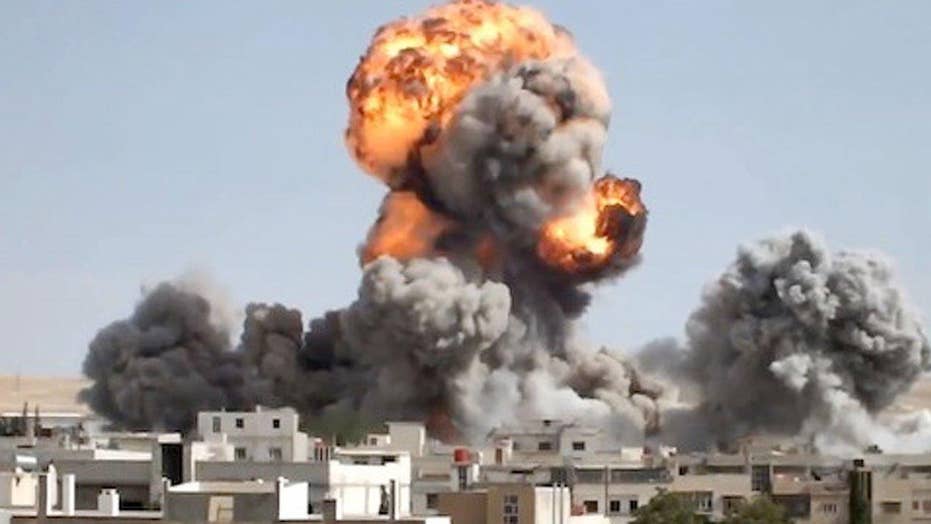 Has the US really brought peace to Syria?

The new year begins with a promise of hope for Syria. Representatives of world and regional powers will gather in Geneva later this month for a U.N. conference led by the U.S. and Russia to discuss how to end the bloodletting that has ravaged Syria for nearly five years.

Optimism that this may mark a positive turning point is grounded in a U.N. Security Council resolution, unanimously adopted on December 18, endorsing a diplomatic road map that could lead to a cease-fire, creation of a transitional government, and elections.

The good news is that a plan, written by Syrians, already exists. The Syria Transition Roadmap (STR) should be seriously considered by every nation and Syrian faction in attendance at the Geneva conference.

The STR was developed by several hundred Syrians who participated in an elaborate process under the auspices of the Syria Expert House. They reviewed Syria’s political system, economy, army and security services, and judiciary, and came up with concrete, workable recommendations for reform.

Each of these categories has a timeline for implementation during a period of transition between the end of the Bashar al-Assad regime, approval of a new constitution, and formation of a democratically elected parliament representing all of Syria’s population groups, and the choice of a new president. The STR also calls for establishing a system for justice and national reconciliation, which will be especially critical to healing the fractured nation as the country rebuilds.

A fundamental commitment to democracy is central to the 235-page roadmap. There are many references to Syria’s period of democratic government following independence in 1946, which lasted until the unity agreement with Egypt in 1958, followed by the first Ba'athist coup in 1963, and then 45 years of tyranny under the Assad family.

The Syrians who wrote the roadmap do not accept the often-stated grim conclusions of many outsiders that their country is a failed state. They are convinced that a unitary Syrian state can rise anew. Moreover, the majority of Syrians who fled their homes, either under coercion or simply seeking security and safety, are still in the country or in refugee camps across the borders in nearby Jordan and Turkey. They have neither the resources nor the will to attempt the highly risky trek to Europe.

They do need the assistance of major world powers as well as Middle Eastern countries that have intervened directly in the war or provided financial and materiel support to competing factions. The nations represented in Geneva need to agree to a cease-fire, avoid actions that further inflame the situation, and provide support for Syrians as they negotiate the future of their country.

The first step the STR requires is Assad’s removal, to which Assad’s Russian and Iranian allies, who will be at the Geneva talks, will likely object. The U.S., which originally called for his ouster, has wavered in recent months, but needs to firmly reassert that demand.

Acquiescence in Assad's continued rule would be a travesty, in essence rewarding him for his regime’s murderous campaigns that have left more than 250,000 Syrians dead. The sham June 2014 election when he won 90 percent of the vote and extended his reign for another seven years, should be declared invalid.

The Syria Transition Roadmap, first issued in 2012, reflects the determination of the suffering Syrian people to envision a future of peace that can allow rebuilding.

It is a powerful initiative that should be welcomed.