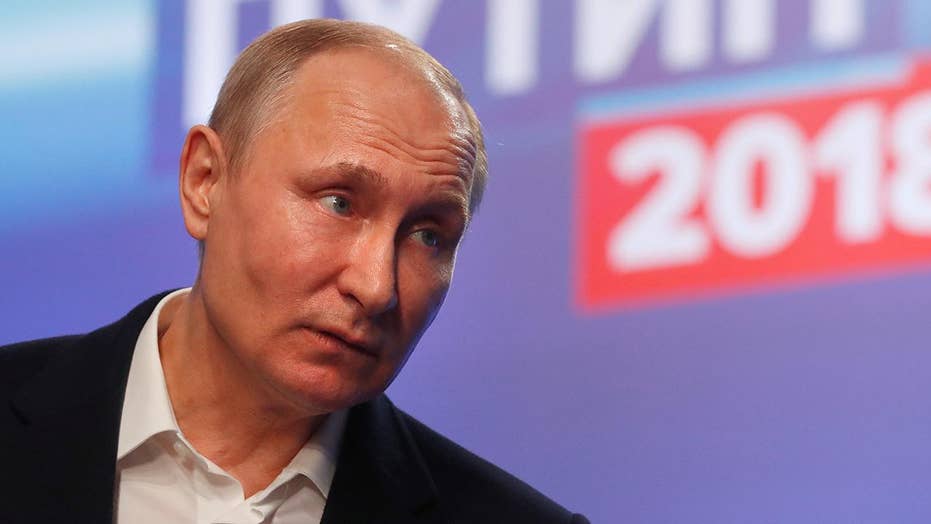 Several weeks ago, former Russian spy Sergei Skripal and his daughter Yulia were found slumped over a park bench in the English town of Salisbury. It was determined they were victims of a nerve agent attack, which left both in critical condition. That nerve agent is alleged to have been manufactured and possessed illegally by Russia, and the UK immediately blamed Moscow for the attack.

If Russia were behind the attack, which is highly likely, it is possibly the country’s most significant intrusion into NATO territory since the radiation poisoning of another former Russian spy, Alexander Litvinenko, in 2006. As for potential Russian motives, it is speculated Skripal had been working with the UK’s foreign intelligence service, MI6.

The UK expelled 23 Russian diplomats and spies, and Russia, which denies the attack to the point of concocting conspiracy theories about why the chemical weapon originated in America or the UK, responded in turn by expelling 23 British diplomats and spies.

Meanwhile in America, the Trump administration just sanctioned Russian entities involved in cyber-attacks and “election interference.” And now, in the face of continued Russian intransigence over the poisoning of Skripal and his daughter, America is expelling 60 Russian diplomats and spies, and closing Russia’s Seattle consulate.

Senior Trump administration officials said that all of the Russians expelled were spies working under diplomatic cover, including at the United Nations. The administration believes there is an “unacceptably high” number of Russian intelligence operatives in the U.S. The officials also said that the Seattle consulate was a counter-intelligence concern because of its proximity to a U.S. Navy base.

This diplomatic row only serves to illustrate the trend of significantly deteriorating relations between Russia and the West.

Even if Russia is just a spoiler, they are a spoiler with a massive nuclear arsenal. We must respect the fact that this arsenal poses an existential threat to the United States. And a declining power, especially one with as many nukes as Russia has, can be dangerous.

America expelling so-called Russian diplomats is an appropriate response to Russia’s brazen attack on Skripal and his daughter. If Russia abuses its privilege of having operatives on our shores—diplomatic or otherwise—it should face the consequences. And in general, America should want to reduce the number of spies—even those under diplomatic cover—that Russia has on American soil.

America should certainly keep a close eye on Russia. Nominally, Russia’s nuclear arsenal is on par with America’s. And because of its massive geography, Russia borders many areas—including Europe and China—where America has troops, or has interests, military or economic.

Because of this, Russia policy needs to be both strategically sound and effective. It should be based on a sober assessment of narrowly defined U.S. interests: our security, prosperity, and our constitutional republic. We should cooperate with Russia where we can and confront them where we must.

Many U.S. politicians seem to forget the big picture, however. Policymakers need to regain sight of America’s interest, rather than pursue reactionary policies to oppose Russia everywhere, as if they’re the former Soviet Union. This requires less “standing up to Putin” than it does managing Russia’s inevitable decline.

Russia has less economic heft than Italy, faces decades of slow growth due to a declining population and a lack of structural reforms, and has an undiversified economy that is totally dependent on exporting fossil fuels.

Having about the same population as Japan, but being the largest country in the world in terms of land-mass, Russia is incredibly insecure. That’s why it spends over 5 percent of its GDP on its military, compared to over 3 percent in America. Russia’s military budget comes in at about $70 billion, where America’s is $700 billion. And that $70 billion amounts to over 25 percent of all the taxes the Kremlin collects from the meager Russian economy.

Yes, Russia can and does act to upset U.S. interests. That makes it a spoiler. But Russia is weak, whereas America is a superpower and global leader. Russia is not a competitor; it fails to stand anywhere near America’s military and diplomatic might. And Russia is light-years away from being a peer-competitor, as China could be, someday, decades from now.

This doesn’t mean Russia isn’t important. Even if Russia is just a spoiler, they are a spoiler with a massive nuclear arsenal. We must respect the fact that this arsenal poses an existential threat to the United States. And a declining power, especially one with as many nukes as Russia has, can be dangerous.

Peace through strength is in order, as is maintaining a tough line toward Putin. But managing Russia’s decline requires allowing Russia enough breathing room to go into the night quietly, and without a bang.

Policymakers must also maintain focus on fostering a resilient American economy, and an open American society where our people can flourish.

As Barry Posen argues, America must play a shrewder game. The long game. We don’t have to do something to win in the end. Closed and authoritarian societies that don’t share American interests grow brittle and ossified, and they eventually break. Confidence in our system, our people, and a laser-focus on our core national interests, will ensure America stays on top.

Willis L. Krumholz is a fellow at Defense Priorities and holds a law degree. He works in the financial services industry.