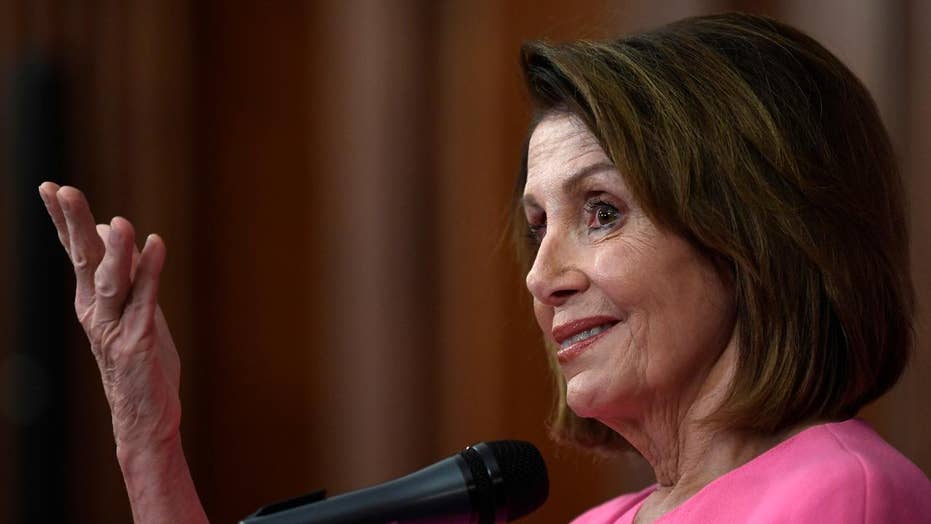 Op-ed: Democrats hold the House, but not the power

As word trickled out Tuesday night that Democrats had recaptured the House, likely Democratic Speaker Nancy Pelosi of California wasted no time in celebrating the moment.

“Tomorrow will be a new day in America,” she proclaimed.

But beyond Pelosi’s soaring rhetoric is a harsh political reality: the power to shape the country no longer rests in the House. Instead, the waning influence of America’s legislature is concentrated in the Senate. And unless Democrats can take back the upper chamber, Tuesday’s victory is nothing but political fool’s gold.

Most Americans know how Washington, D.C. is supposed to work, with the House and Senate drafting compromise legislation to fix the nation’s troubles while the president signs or vetoes the bills accordingly. But a recent study shows that things aren’t going as the Founding Fathers had planned. No longer are the House and Senate serving their intended functions of drafting new laws, declaring war, and serving as a check on the presidency.

Instead, the deeply divided legislative branch has delegated its powers to the executive – specifically to the president and his many executive orders.

It’s a pattern that started with President Barack Obama and has continued under President Donald Trump.

But that heavy-handed governing has led to an unending stream of lawsuits from opposing states and activist groups. That means the federal judiciary has more frequently stepped in to decide the nation’s future on the most divisive issues like abortion, immigration, and affirmative action.

In effect, we are increasingly governed not by the House and Senate but by partisan judges who rule on partisan lawsuits.

And yet even as Capitol Hill has weakened itself, the Senate has retained one critical function: confirming those many judicial nominees who rule on those many partisan lawsuits. From the Supreme Court to the federal circuit courts, America’s senators are choosing the elite group that has dictated and will continue to dictate the nation’s future.

None of this is to say the House is wholly without power. Democrats will almost certainly use their majority to launch investigations of Trump and the Republicans, or even start impeachment talks against the president.

But make no mistake, governing power now sits in the Senate vis-a-vis the judiciary.

Unfortunately for the Democrats, that’s incredibly bad news. On Tuesday, Republicans added to their once-slim Senate majority with what will likely be five new seats when the final votes are counted.

Make no mistake, Majority Leader Mitch McConnell of Kentucky will put that additional firepower to work. He and his colleagues have already confirmed Justices Neil Gorsuch and Brett Kavanaugh to the Supreme Court bench, with a clear eye on replacing the aging Justices Ginsburg and Breyer.

Smart Democrats are bitterly aware of this development, with the minority recently lashing out at McConnell for pushing through judicial nominees while the Senate was technically in recess.

Still, ever-hopeful Democrats are crossing their fingers that the 2020 Senate elections might give them a shot at retaking the upper chamber. For two reasons, that is almost certainly not going to happen.

First, liberals will start with a likely five-seat deficit in the Senate in 2020. Strategists are aiming to steal Maine, Colorado, Georgia, North Carolina, and Arizona from the Republicans, but acknowledge that such is nearly impossible.

Democrats are also defending Alabama Senator Doug Jones, who snuck past the scandal-ridden Republican Roy Moore in a special election late last year. Jones is unlikely to be so lucky the next time around.

That leaves progressives short of a Senate majority, especially if Republicans manage to pick off Democratic senators in New Hampshire, Michigan or Minnesota.

But things only get worse after 2020. In fact, things get much worse with each passing year.

By 2040, most of the nation’s voters – including most liberals – will live in 15 of our 50 states. That means Democrats will solidly control only 30 Senate seats, even if they dominate in the House.

That leaves 70 Senate seats belonging to states filled with mostly rural, conservative and older voters. In other words, the GOP’s rock-solid base.

The message for Democrats is bleak: any hope of a Senate majority runs through conservative red states like Missouri, Indiana and North Dakota. All states that Democrats just lost handily.

This wipeout of moderates has been a long time coming, of course. The Democratic Party has abandoned pragmatic politicians in favor of more extreme ideologues. (So has the Republican Party for that matter.)

For liberals, that has equaled a wicked embrace of “progressive” activists who are demanding open borders, impossibly expensive healthcare programs, and a socialist takeover of the economy.

So let Pelosi and her fellow Democrats celebrate their House victory. Their joy will almost certainly be short-lived. Trump and Senate Republicans will soon return to the upper chamber and continue to shape the judiciary – and with it, the very fabric of American life.