US Capitol over blue sky with blooming cherry on foreground (This content is subject to copyright.)

A scrum of reporters descended on U.S. Sen. John Kennedy, R-La., as he walked to his office via the Senate underground tunnels at the Capitol late Wednesday afternoon.

The scribes wanted to know what Kennedy thought of the $1.2 trillion omnibus spending bill lawmakers would soon consider to avoid a government shutdown.

The problem at that point was that no one, including Kennedy, had seen the text of the legislative behemoth.

Kennedy was measured in his remarks. He took time to be circumspect.

“The whole process sucks,” Kennedy said. “I think whoever designed this isn’t qualified to run a food truck.” 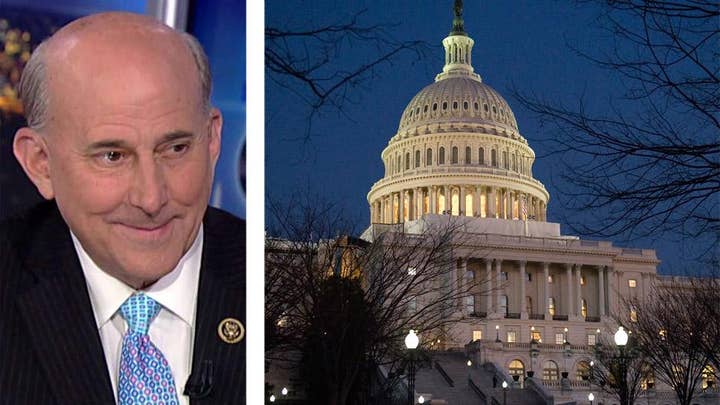 With no legislation to review at that hour, Kennedy claimed that senators would “probably get a memo on it tomorrow written in Swahili.”

Tell us how you really feel, senator.

“This is a Great Dane-sized whiz down the leg of every taxpayer,” Kennedy continued. “Everyone who participates in this process ought to put a bag over their heads.”

Kennedy may know a thing or two about the “bag over the head” phenomenon. He’s a big New Orleans Saints fan. In 1980, New Orleans fans derided the 1-15 Saints as “the Aints.” Many New Orleans partisans donned brown paper bags when they attended games at the Superdome.

So what’s the alternative to the process?

“You say the alternative. I don’t even know the ‘ternative’,” Kennedy fumed. 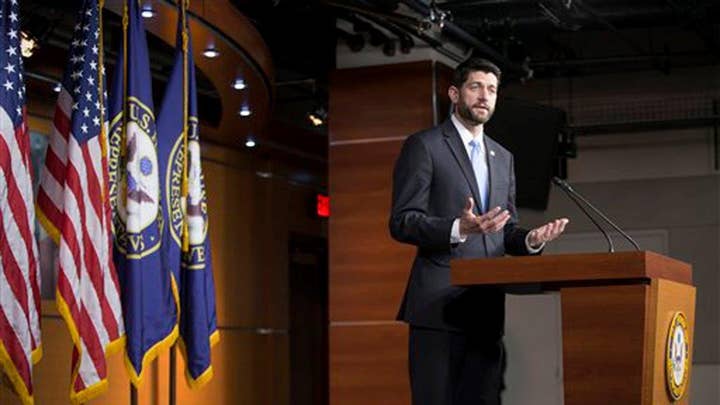 This is what drives members of Congress, Congressional aides and voters nuts. Lawmakers must process this leviathan overnight. Only a smattering of staff and key leaders truly know what’s in the legislation.

Many House conservatives seethed at how the Republican leaders handled the spending package. House Speaker Paul Ryan, R-Wis., summoned rank-and-file members to a briefing on the bill Monday night. But lawmakers emerged from the conclave with scant information.

“Everything is a work in progress,” U.S. Rep. Mark Meadows, R-N.C., leader of the conservative House Freedom Caucus, exclaimed. “There is nothing defined. I don’t think you could even make an informed decision about it.”

"Everything is a work in progress. There is nothing defined. I don’t think you could even make an informed decision about it."

Information about the bill remained elusive late Wednesday. It looked as though Republicans may deposit the bill on the floor with little time for lawmakers to do more than leaf through it.

House Republicans used to excoriate Democrats when they ran the House and released bills late at night, only to vote on the legislation hours later. When Republicans won control of the House in 2010, they implemented what’s called the “72 hour” rule or “three-day” rule. The argument is that members should get at least three days to consider legislation before it comes to the floor.

The “three-day” rule is anything but.

The rule is an internal House Republican provision mandating most pieces of legislation be available for parts of three days. A better way to describe it is the “24 hour and two second rule.”

That scenario covers parts of three days -- meeting the necessary criterion in the House of Representatives. But in this instance, Republicans blew past that deadline.

There was chatter that the House would post the omnibus spending bill last Wednesday, March 14. But that slipped.

Republicans then hoped to have the bill ready Monday, before midnight. That didn’t happen.

That didn’t happen, either.

That’s why conservatives flipped out.

“We said we were going to read the bills,” U.S. Rep. Warren Davidson, R-Ohio, complained.

Senate Minority Leader Chuck Schumer, D-N.Y., was ready to go Tuesday afternoon when it came to finishing the package.

“We are very close to signing off on legislation that will move by the end of the week,” Schumer said. “Not everyone is going to be happy.”

Lawmakers often lament “poison pills,” provisions added to legislation that make bills hard to swallow. But the issue for some lawmakers was what wasn’t in the package.

Democrats and Republicans weren’t happy there was no agreement to help the poor maintain their health care coverage under Obamacare.

Democrats raged that the package lacked an arrangement to help DACA recipients brought to the U.S. by their parents.

Republicans boiled at the fact the the legislation lacked $26 billion to fund President Donald Trump’s border wall and instead offered a meager $1.6 billion.

Democrats and some Republicans weren’t happy GOP leaders failed to build protections into the measure to protect Special Counsel Robert Mueller from being fired.

Conservatives were disappointed the measure didn’t strip funding for Planned Parenthood and failed to cut off money from sanctuary cities.

Still, it’s a 2,200-page bill. Imagine the size if leaders tacked on other items?

“This could be the last major bill of the year,” U.S. Rep. Charlie Dent, R-Pa., said. “A lot of us are trying to put items in the omnibus. We may not be successful.”

The White House said the president supported the bill – especially since it included initial money for the border wall and bolstered military funding. Pentagon funding soared from $568 billion to a startling $719 billion.

Fox News colleague John Roberts reports that a White House official said the bill “spends a lot more money than we want to.”

Lawmakers will now tout individual victories in the measure. Provisions on opioids. Minor league baseball labor standards. Yucca Mountain in Nevada. Money to protect the Great Lakes from Asian Carp. It will take days to filet this legislation.

But there’s not time now.

The Senate must wrestle with the legislation. Plus, lawmakers from both sides of the aisle hope to fly via military air, to Rochester, N.Y., early Friday morning for the funeral of the late Rep. Louise Slaughter, D-N.Y., who died last Friday at age 88.

This is a challenging matrix.

“We are talking to members about policy and the timeframe,” said Rep. Patrick McHenry, R-N.C., the chief deputy whip.

House Republicans whipped the bill Wednesday night to assess whether members could support the legislation and get a sense of the vote tally.

Loudermilk remarked that he’s not Superman and can’t parse the legislation that fast.

McHenry pushed back on complaints like the one from Loudermilk.

“The contours of the policy have laid out for two weeks,” McHenry said.

It takes a while to read “Anna Karenina” and “Nicholas Nickleby.” It takes even longer to contemplate and appreciate the themes and the wordsmithery. And it takes time to consider a 2,232-page bill.

But if you’re working on deadline, there aren’t too many options.