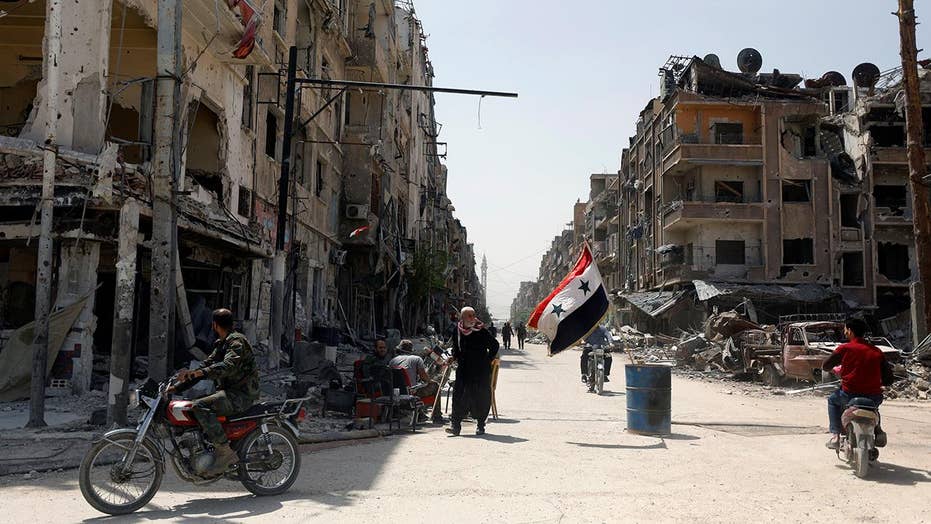 President Trump is pursuing a plan to bring in regional allies to help with security and peacekeeping in Syria. Talks have been underway for a while now with Saudi Arabia and it was recently reported that John Bolton has been in discussions with the Egyptian Intelligence Chief on the topic as well.

This is welcome news but not a major surprise for my team as we provided the administration a plan suggesting this approach. The National Security Council had been working on this idea and asked Security Studies Group to take a fresh look at the concept based on a paper we did last year on how to generate stability in both Iraq and Syria after ISIS is defeated.

Syria is a complex mess, and no one should be claiming to have a surefire solution, but any plan should have as a main goal to stop Iran from cementing a land bridge to the Mediterranean Sea. Iran’s malign influence and expansion of power through proxies across the region was a focus of the new Iran Strategy the Trump administration released last October.

It changed the myopic focus of the Obama administration on the Iran nuclear deal to a broader view of all the problems Iran is causing throughout the region. This includes the virtual, and sometimes actual, control of the Syrian military and the major supply and command of its proxy army Hezbollah as the main fighting force supporting Assad.

President Trump has made it clear he does not want an indefinite presence in Syria, but he is also listening to his national security leaders who have said we can’t cede the ground to Iran. The plan currently being implemented calls for our regional allies including Saudi Arabia, United Arab Emirates and Egypt among others to provide some manpower. A big advantage is these are Muslim troops and that should bring some credibility.

The chance to unite most of the major countries in the Middle East in a sort of Counter-Iran Coalition may offer a path forward in several ways.

It will be challenging to get this coalition operational and there are already plenty of naysayers, but it’s easy to sit on the sidelines and throw stones. We have a major opportunity now to help bring about much-needed changes in the Middle East. Saudi Crown Prince Mohammed bin Salman is heavily committed to modernizing the Kingdom and he and President Trump have an excellent working relationship.

We also have good relations with the Egyptians and others with the possible exception of Qatar, although the president seems to want to fix that as well. That will require some major changes from the Qataris who still do far too much support of terrorism. But the chance to unite most of the major countries in the Middle East in a sort of Counter-Iran Coalition may offer a path forward in several ways.

First, it can help stop the unhealthy and dangerous attempts by Iran to become a regional hegemony. That seems to be one thing all our friends can agree must be stopped. But a second outcome of such an alliance would be to solidify U.S. relations and our status as the friend to the friendly in the region. We don’t want to be empire building, or even nation building, but we do want to have good partnerships and the trade and prosperity that can come from a more stable Middle East.

That should be a good enough reason to support the efforts currently underway. There is obviously no guarantee they will succeed, but the alternative is quite bad. So, let’s put the effort out there and see what we can accomplish.