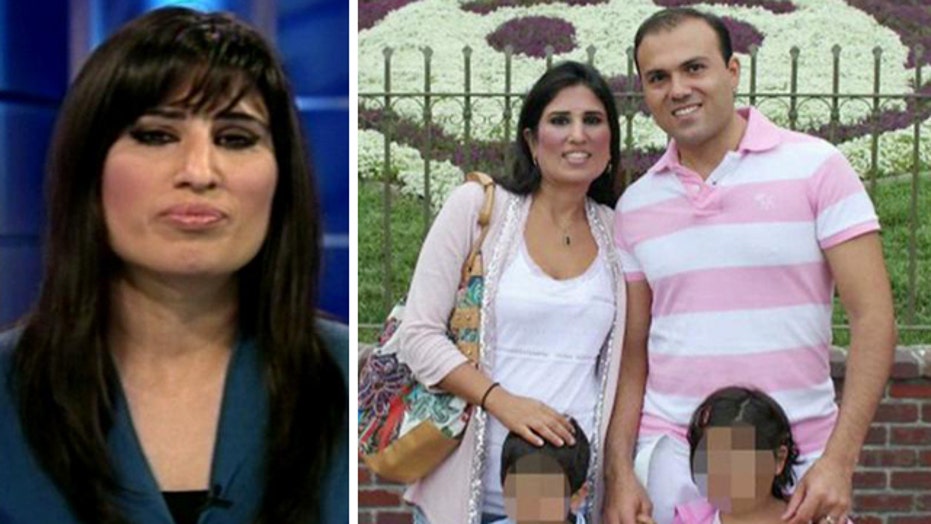 Last Friday’s standing-room only hearing before the Tom Lantos Human Rights Commission was among the most dramatic I’ve witnessed.  There was outrage – outrage not just from me as I declared the State Department “AWOL” in our quest to free an American Pastor, Saeed Abedini -- a U.S. citizen -- captured by Iran’s Revolutionary Guard and now held hostage in Iran’s most brutal prison – but also from the members of the Human Rights Commission.

In his passionately-delivered remarks, Congressman Trent Franks noted that the Obama State Department had issued dozens and dozens of press releases since Pastor Saeed’s arrest and conviction, yet not one called for Pastor Saeed’s release.  To the State Department, posting about “Spring Break for Smart Travelers” was apparently more important than the fate of an American citizen being beaten and abused in an Iranian jail.

But there wasn’t just outrage at that hearing – tears flowed as well.  Unlike many Christians who are persecuted and abused in Iran, Pastor Saeed has an American family here at home, living in Idaho. On Friday, his courageous wife, Naghmeh, became his voice before the Commission.

Naghmeh told the Commission that “every day is a death sentence” for her husband who is subjected to life-threatening beatings and torture.  She told them of not just the terrible toll Pastor Saeed’s captivity was taking on her and their two young children, but also of the strength of Pastor Saeed’s convictions.

He is, truly, in chains for the Gospel of Jesus Christ.

By the end of the hearing, Congressman Frank Wolf, the chair of the Human Rights Commission, was visibly moved.  In the packed hearing room, many in the audience were visibly moved.

And the hearing got immediate results.  Congressman Wolf’s office reached out to the State Department in the midst of a hearing and got a pledge that Secretary of State Kerry would call Congressman Wolf to discuss the case.

Then, following the hearing, I drove immediately to the State Department, with Naghmeh, and with ACLJ Executive Director Jordan Sekulow, to meet with State Department officials and demand – in person – that they take action.

While I can’t discuss all the details of the meeting, I forcefully made the same case we presented at the hearing: The State Department needs to fully engage this issue at the highest levels and be pro-active in seeking his release. During the meeting, I discovered there are, in fact, individuals within the State Department who understand the importance of this case and the moral necessity to never leave an American behind in a hostile foreign land.

Will these individuals begin to influence American policy? Only time will tell.  We will be watching.  And, so will many members of Congress.  But the fact is with each passing day, Pastor Saeed’s health worsens – he’s now suffering from internal bleeding.  Time is of the essence.

Last year condemned Iranian pastor, Youcef Nadarkhani, was released from prison, after the international community – including the State Department (which issued multiple press releases) and the White House – united to free him.  This year, the international community – including the European Union and the U.N. Special Rapporteur on human rights in Iran – have spoken out clearly and directly for Pastor Saeed, but his own adopted nation has done less for him than the EU, less than Australia.  Indeed, the U.S. government has done less for him than it did for Pastor Nadarkhani.

Shouldn’t the United States do at least as much for its own citizen as it did for that brave Iranian pastor?

As the grandson of a Russian immigrant, I understand the powerful bond that forms between this land of opportunity and its newest citizens.  At perhaps the high point of the hearing, Naghmeh pulled out Pastor Saeed’s most prized possession, an American flag that flew over the Capitol on the day he became a U.S. citizen.

To Pastor Saeed that flag is a symbol of the liberty he could never enjoy in Iran – and of the liberty that Iran has even today so brutally taken from him and many others.

May it also be a symbol of our resolve to take care of our citizens, to protect them from injustice and tyranny not just at home, but even when they are held hostage abroad.