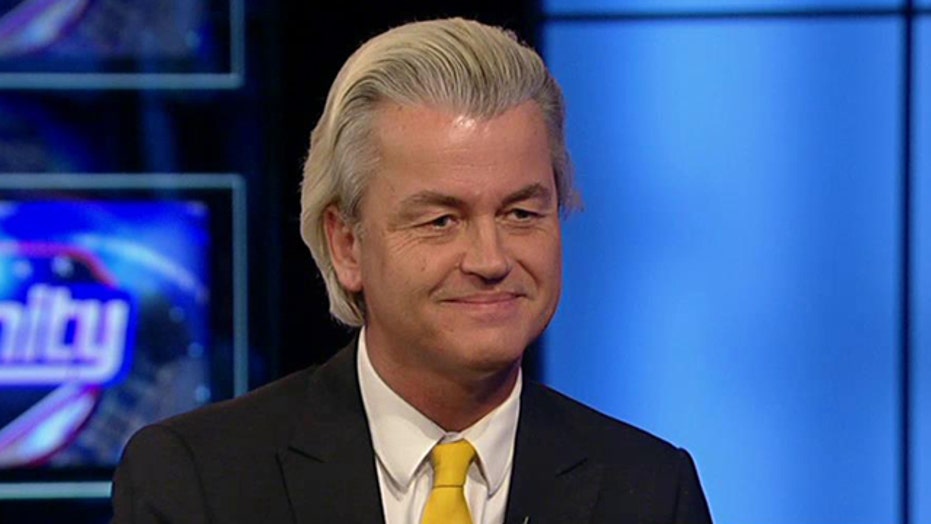 Earlier this month, I was in Garland, Texas, where I gave the keynote speech at a contest of Muhammad cartoons. The contest was held in a conference center, where after the Paris Charlie Hebdo assassinations, an Islamic organization had convened to demand that freedom of speech be restricted and Muhammad cartoons be forbidden. The cartoon contest in Garland was organized to make a stand against this demand. We should never allow ourselves to be intimidated. Not in Europe, and not in America.

I am an elected politician from Europe. I am a member of the House of Representatives in the Netherlands and the leader of the Party for Freedom. I oppose the Islamization of my country.

I am on the death list of Al Qaeda and other Islamic organizations. For over ten years now, I have been living under 24/7 police protection. But I will never allow the enemies of liberty to silence me.

The winner of the Garland cartoon contest was a former Muslim. There is something very symbolic about the fact that he is an apostate. Under Islamic Sharia law, apostasy is punishable by death. Under the same law, making illustrations of the prophet Muhammad is also punishable by death.

We must do exactly the opposite of what the terrorists want. If they want us to stop drawing cartoons and we react by showing even more cartoons, the terrorists will have lost. This is why I will ask the Speaker of the Dutch Parliament to invite the Garland Mohammed cartoons to be shown in the Parliament of the Netherlands. We should show them all over the free world.

The winner of the contest had made a picture of a fierce looking Muhammad, waving a sword. “You cannot draw me,” Muhammad said. Underneath the picture, the artist had written: “That is exactly why I am drawing you!”

Under Islamic Sharia law, depicting Muhammad is a crime. But as an American, the artist is not living in an Islamic country. He is living in America. In America, you are allowed to make pictures and drawings, no matter what the Sharia says. And you are also allowed to change your religion and become an apostate.

Barely a few minutes after I had given my speech in Garland, two jihadis attacked the event. They shot a police officer in the leg, but fortunately they were killed before they could do more harm. Through violence and terrorism, these two jihadis tried to impose Sharia law on America. We should not allow them to succeed.

We must do exactly the opposite of what the terrorists want. If they want us to stop drawing cartoons and we react by showing even more cartoons, the terrorists will have lost. This is why I will ask the Speaker of the Dutch Parliament to invite the Garland Mohammed cartoons to be shown in the Parliament of the Netherlands. We should show them all over the free world.

There is more at stake than our freedom of speech. Our Judeo-Christian civilization and even our very existence are in danger. Islam is a Trojan horse within our societies. The more Islam we get, the less free our societies become. Of course I realize that while most terrorists today are Muslims, not all Muslims are terrorists. Of course, I realize that the terrorists are only a minority. But I am not naïve. Where are the demonstrations of Muslims who do not agree with the violence committed in the name of Islam and its prophet? I have not seen them. The majority may not commit violence, but they do not oppose it either.

The Islamic creed obliges one and a half billion people around the world to take Muhammad as their example.  We have to face reality and tell the truth about Islam, Muhammad and the Koran.

The first step towards safeguarding our freedoms is to realize the facts, speak out the truth, draw the conclusions, and act upon them. We have to restrict immigration from Islamic countries, and never allow terrorists to dictate us how to behave.

Geert Wilders is a member of the Dutch Parliament and leader of the Party for Freedom (PVV).