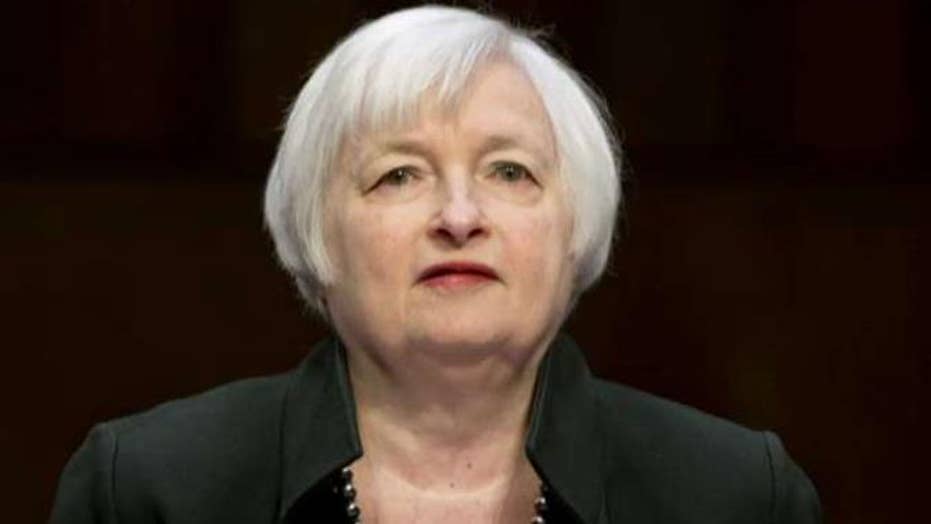 The Federal Reserve did the incoming Trump administration a favor by raising interest rates modestly Thursday and signaling further gradual rate hikes for 2017.

Obama boosted taxes on small businesses and investors, imposed burdensome regulations and worked against U.S.-based manufacturers by appeasing China on trade and currency manipulation.  He let the nation’s transportation systems and schools fall into terrible disrepair as he steered public resources into ill-conceived solar energy projects and the like, and cajoled states to divert money into health care programs made more expensive by the Affordable Care Act.

The consequences are all around us. Although consumers have been spending briskly for several years, too much of what they buy is imported, American exports are too expensive and shutting factories to leave for Mexico or Asia has become the business strategy of choice.

The Federal Reserve enabled Obama’s follies by keeping interest rates near zero for 8 years and creating an asset price boom.

Business spending on new equipment is in the dumps and productivity improvements are lackluster.  Small business startups languish near record lows and jobs creation has been about half the pace accomplished during the Reagan recovery.

The Federal Reserve enabled Obama’s follies by keeping interest rates near zero for 8 years and creating an asset price boom.

Consumers feel richer and spend more than their stagnant paychecks should allow, and this permitted Obama’s economy to manage a historically weak recovery in spite of his anti-growth policies.

However, a promiscuous monetary policy cannot undo the damage to manufacturing and productivity. Too many factories are now shuttered or have grown obsolete, and the lack of R&D, which is primarily financed by manufacturing profits, is starved the kind of innovation that powered the 3.5 percent annual growth accomplished during the Reagan-Clinton years.

Trump won the White House by promising policy reforms to rebuild infrastructure, reduce tax rates, roll back regulations, replace ObamaCare and finally get tough with China on currency and other issues. However, he will face tough opposition from Democrats, fractions within his own party and even from within his own cabinet.

Fiscal conservatives in Congress will oppose borrowing to modernize roads and the like. Curbing credits and deductions to lower tax rates will run into special interest opposition on everything from the oil depletion allowance to the mortgage interest deduction.

Just as the Obama administration was required to post and take public comment before issuing new regulations—and then endure legal challenges from business—the Trump administration will have to retrace those same processes and face litigation from environmental groups, labor unions and community activists to repeal those same mandates.

On health care, GOP proposals to send states block grants to shape their own Medicaid programs will encounter resistance from Democratic and some Republican governors who don’t want to address inevitable pressures to regulate prices, cut benefits or raise taxes to cope with rising health care costs.

Trump’s proposed cabinet contains many folks who have profited from free trade—even if the domestic economy has been harmed—and who see foreign policy benefits, for example, in the proposed Trans-Pacific Partnership.

All this portends heavy lifting even for the world champion of dealmakers, and it will take several years to accomplish and permanently raise economic growth to 3.5 percent.

By failing to raise rates further in 2017, the Fed could buy Trump time but more than likely, it would also enable him to put off until 2018—and then never—what must be tackled now if it is to ever be done.

Presidents accomplish most of their good work during their first few years in office.  It would be better for the Fed not to afford him the luxury of time to fight through the necessary reforms lest he never get those done.

By raising interest rates modestly this week and gradually adjusting those to more normal levels in 2017 and 2018, the Fed would end the monetary policy promiscuity that permitted Obama to preside over such a mediocre economy and compel Trump to deliver on his promises.