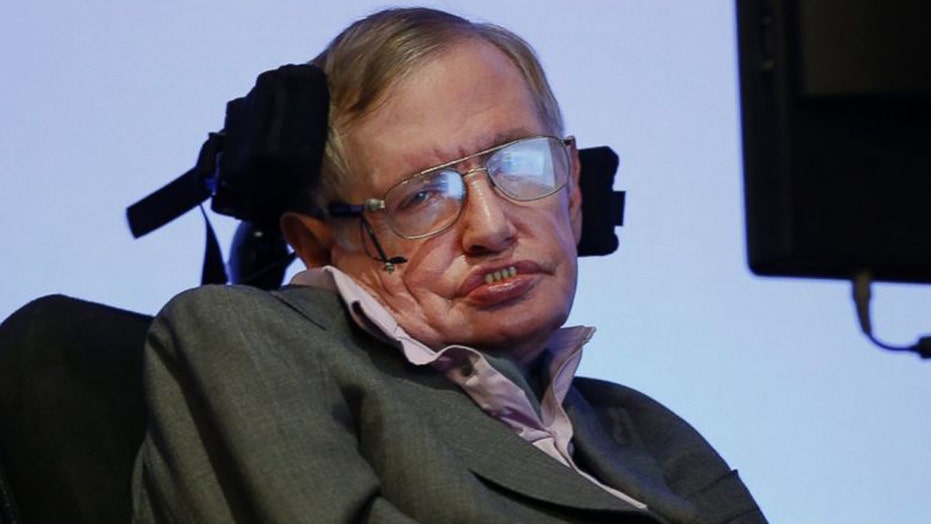 Stephen Hawking is at it again, with a Sybil-like prediction that’s going viral. But his latest contention – that humans will be wiped out within 100 years and must escape into space – leaves me wondering if the good professor hasn’t already left the planet.

Hawking is a fellow theoretical physicist, known for his research in black hole thermodynamics. I first met him at Harvard circa 1987. The following year – shortly after the publication of his first book,"A Brief History of Time" – he allowed me to interview him, his now ex-wife, and young son for ABC News.

Sad to say, Stephen’s behavior has greatly changed since those days – and not for the better. He’s become a bigger-than-life celebrity, who’s flung off the chains of academic rigor to make sensational pronouncements.

His latest oracular utterance – made in an upcoming BBC documentary called “Expedition New Earth” – is doubly discreditable because just last year he announced with “near certainty” we had 1,000 years to escape. What happened? Did he do an experiment that altered his earlier estimate by an entire order of magnitude?

Of course not. He appears to have divined it. He cites climate change, near-earth objects, disease, and artificial intelligence as some of the reasons for moving up the deadline.

Does Stephen really expect to be taken seriously? I doubt it.

Despite everything, he is too smart for that. My impression is he’s become the Donald Trump of science, given to saying outrageous things for the fun of it and to attract attention.

Apart from being spectacularly unscientific, his prophecy is also wrongheaded.

Let’s see if I have this right: we have trashed the earth – with the help of science, I might add, given that he asserts technology-gone-wrong is part of our current mess – so now what? Earth be damned, we must save our own hides, and quickly?

Ah, yes. So many more planets to ruin, so little time.

Leaving Earth is not going to save us from ourselves. We already see what’s happening with the privatization of space travel. Billionaires like Elon Musk, Jeff Bezos, and Richard Branson are in a heated race to conquer space – for profit. But isn’t profiteering partly responsible for our current plight right here on Earth, right now?

Pushing for human space colonization is nothing new. In the 1970s Princeton physicist Gerard O’Neill became a media sensation -- like Hawking is now -- for doing it. I remember getting caught up in the excitement myself.

O’Neill’s starry-eyed vision inspired the creation of the L5 Society, named after the five ‘Lagrangian points’ close to Earth, Sun, and Moon where gravitational and centripetal forces cancel out. In particular, a space colony parked at points L4 and L5 will theoretically stay there forever with little or no fuel required.

In 1987 the L5 Society, together with another organization, became the National Space Society, based in Washington DC. NSS’s motto is “People living and working in thriving communities beyond the Earth, and the use of the vast resources of space for the dramatic betterment of humanity.”

I can easily see how the vast resources of space are going to enrich the tycoons who are leading today’s charge into space. But here’s a question for the NSS and Hawking: How is the inevitable pillaging and polluting of other worlds going to lead to “the dramatic betterment of humanity?”

Already, the area surrounding Earth is so littered with space junk – everything from spent boosters to lost cameras – NASA and the Department of Defense are forced to keep track of it. A lost glove travelling at thousands of miles per hour can produce serious damage.

Hawking says we ought to escape to Mars. Interestingly, some scientists think micro-organisms once lived on the Red Planet. But a global catastrophe produced what we see today, a moribund world lacking a thick, blanket-like atmosphere – wanting for greenhouse gases, such as carbon dioxide, to keep warm. Winter temperatures can dip below minus 195 degrees Fahrenheit and summer temperatures barely reach 70 degrees.

Look, for the adventure, I’d go to Mars this minute. But for refuge?!

No thanks, Stephen. I’m not giving up on Earth. I plan to stick around, hoping to leave it a better place than I found it.