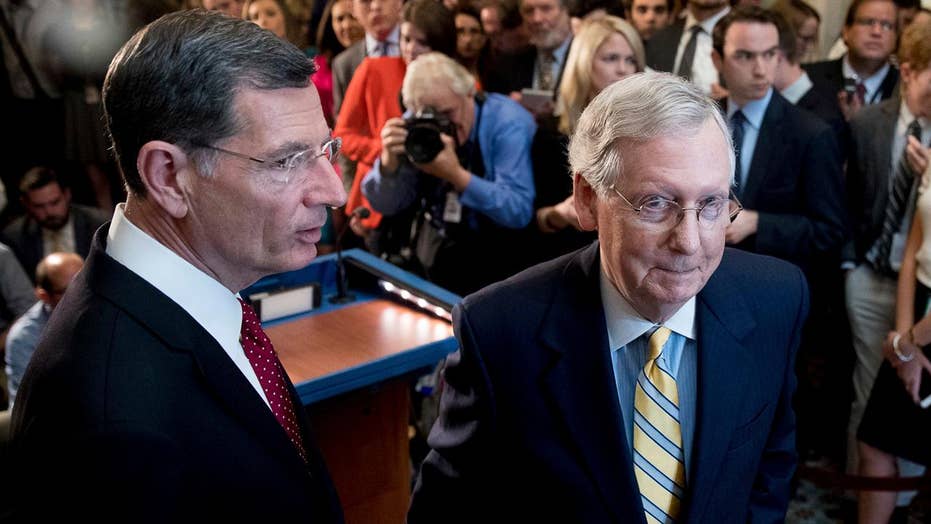 There’s a word for it in chess—zugzwang.  That means it’s your turn, so you have to move, but anything you do can put you in a worse position.

This is where the GOP seems to be with its health care bill.  After years of promising to repeal and replace ObamaCare, they have to do something, but fear whatever they do may hurt them.

If they fail to pass a law—and they're having so much trouble Senate leader Mitch McConnell has delayed their recess so they can try to get it done—they’ll anger a fair amount of their base. Not to mention they could be blamed for anything that happens with health care after such a failure, since they didn’t act when they could have.

But it’s not as if the Republicans would be defenseless after a complete repeal. They can remind us that before ObamaCare, people weren’t dying in the streets, and, in fact, polls showed most Americans liked their health care plans—and many have been put in a worse position since.

But if they pass a bill, then they’ll own whatever follows—and any trouble out there (there’s always some trouble) will be trumpeted by the Democrats and many in the media.  This is not conjecture, as Elizabeth Warren has already taken to the Senate floor saying people will die under the Republican plan, and Bernie Sanders says it’ll be worse than 9/11.

Of course, you could see there’d be problems as soon as they started talking about “repeal and replace.” Why replace ObamaCare?  According to the GOP, it made things worse, so why not just get rid of it?  Trying to put a new law in its place that does something very similar risks being a pointless half measure.

The trouble is, though the law has only been in force a handful of years, the public is risk-averse, afraid of losing what they’ve already got.

But it’s not as if the Republicans would be defenseless after a complete repeal.  They can remind us that before ObamaCare, people weren’t dying in the streets, and, in fact, polls showed most Americans liked their health care plans—and many have been put in a worse position since.

They can explain what they’re saving us from is substantial government centralization of not just insurance, but health care itself.  That they don’t want a plan which amounts to massive redistribution of income.  That they want to give the people true choice.

And they can note a freer system will be a spur to innovation, and in the long run everybody will be better off.

And then, after the dust clears, if more help is needed, there can be a new bill to take care of it.  But this law, rather than concentrating power in the government so that no one can escape, will deal specifically with people who fell through the cracks.  They can even ask the Democrats to get involved, and if they refuse, then whose fault is it?

But even if the GOP is too timid to go this route, they should still pass something.  If they’d done it by now, they could already be onto another item in their agenda, and the conversation would likely be moving on as well.

When you’re in zugzwang, you don’t walk away from the game.  You make a move and take your medicine.  And if things don’t work out, there’ll be other games. It’s a lot better than staring endlessly at the board, unsure what to do, as the clock runs down.