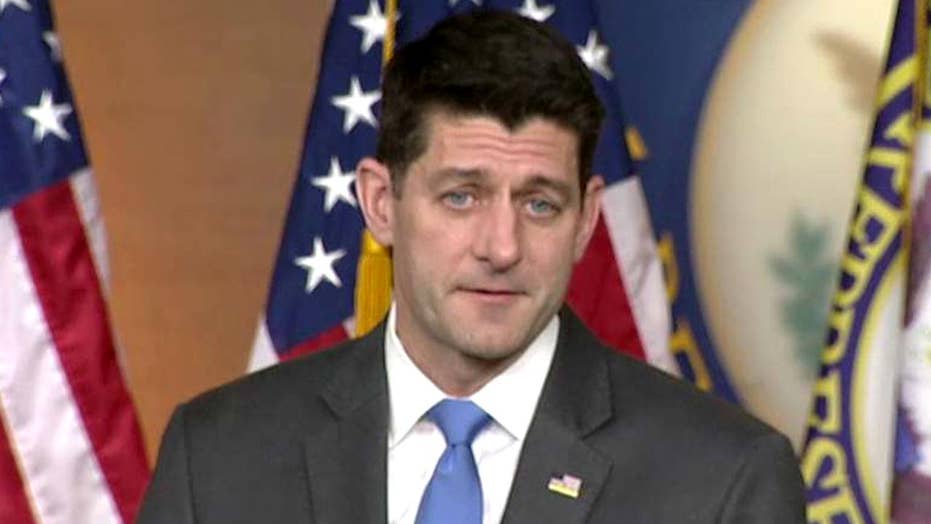 Ryan: This year will be my last one as a member of the House

House Speaker Paul Ryan's decision not to seek re-election in November, which he announced Wednesday, makes a lot of sense and is a logical move.

Ryan, R-Wis., has never been part of President Trump’s inner circle. And the inability of Ryan and the president to pass key legislation and mobilize a solid working majority in the House has in many ways limited the Trump administration's legislative agenda. For these reasons, it's not hard to understand Ryan’s decision.

It is also notable that Ryan’s retirement comes at a time when he has two competitive Republican primary challengers, as well as two Democratic contenders for his seat. These include Wisconsin ironworker Randy Bryce, whose constituency would make for a closer than expected race in light of the recent Pennsylvania special election for a House seat won in an upset by Democrat Conor Lamb.

To be sure, Ryan would be regarded as a favorite in a re-election race – but not by a large margin. However, it would be a long, bruising fight that would consume a great deal of time, energy and money, while distracting Ryan from his central mission of developing government policy as a certified policy wonk.

If one considers the emerging national survey data, it is increasingly likely that the Democrats will win the House in November. The last thing Paul Ryan would want to do is stay on as House minority leader, or perhaps even lose that position if the GOP lost control of the chamber.

Further, if one considers the emerging national survey data, it is increasingly likely that the Democrats will win the House in November. The last thing Paul Ryan would want to do is stay on as House minority leader, or perhaps even lose that position if the GOP lost control of the chamber.

It isn't entirely clear that, even if Republicans were to retain the House, it would be fruitful for Ryan to remain speaker in light of the current political constellation. It seems that Ryan has recognized that as a speaker of the House and a former vice presidential candidate, he has reached his apogee.

In retrospect, this is a clear and obvious choice that makes sense for Ryan at this moment in time. It would not be the first time that a member of the House Republican leadership was faced with making the transition back to private life.

I think back to a recent trip I took from Israel to the United States, where I saw a relaxed and rested former House Majority Leader Eric Cantor in first class, telling a passenger that while he would "never say never," he had no plans, interest or intentions to ever run for office again.

Cantor, of course, did not voluntarily retire, but appeared completely at peace with the fact that he lost a Republican primary that he was expected to win. He seemed to be saying, by his words and actions, that it was the best thing that could have happened to him.

My sense is that, in a couple of years (if not right away), this will be Paul Ryan's position. Ryan is respected for his policy initiatives and commitment to service, and thus it seems likely that he will return to this line of work.

After 20 years in Congress, Ryan will likely turn to think tank and interest group work. Most of all, he will likely strategize with corporate consulting or lobbying firms – of course, with deference to the House rules on lobbying – and make a salary probably at least 10 times more than his current income, without anywhere near the level of stress.

Ryan made the decision that is right for him at a time when Washington remains dysfunctional, sclerotic and increasingly unproductive.