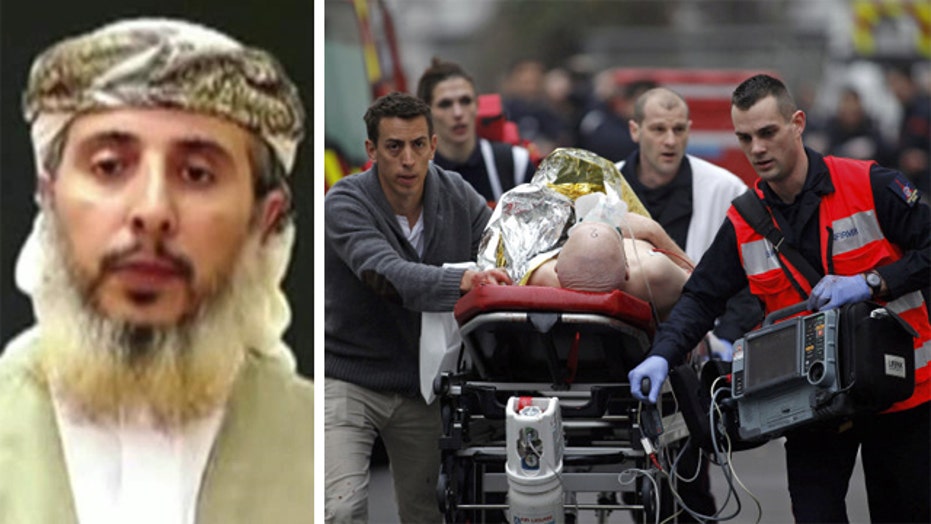 Some experts interpreted initial reports that the attacks last week by jihadi gunmen in Paris were conducted on behalf of Al Qaeda in the Arabian Peninsula (AQAP) as a sign of competition between officially sanctioned Al Qaeda groups and a break-away Al Qaeda franchise, the Islamic State (also known as ISIS and ISIL).  A video released Wednesday, by the head of AQAP, claiming that it ordered, planned and funded the attack will be interpreted by these experts as consistent with this assessment.

However other information suggests the Paris attacks may actually represent a new and dangerous collaboration between radical Islamist groups.

Two of the gunmen were heard saying said they attacked the Charlie Hebdo magazine on behalf of AQAP.  One gunman, Cherif Kouachi, told a French news network that Yemeni-American AQAP official Anwar al-Awlaki, who was killed by a U.S. drone strike in 2011, sent him to France and financed his trip.  An AQAP official also made this claim in a video released overnight.

According to CNN, Said Kouachi, another gunman and Cherif’s brother, spent several months in Yemen in 2011 receiving training from AQAP.

The link to Awlaki is significant since he influenced or directed at least a dozen terrorist attacks and plots, including the 2009 Fort Hood shooting, the 2010 printer cartridge bomb plot, and the Boston Marathon bombing.

Awlaki recruited and trained terrorist operatives, including Umar Farouk Abdulmutallab, the “underwear bomber” who attempted to blow up a civilian airliner over Detroit on Christmas Day 2009.  According to the Wall Street Journal, Said Kouachi befriended Abdulmutallab in Yemen and the two lived in the same dormitory.

The links between AQAP and the attack on the Charlie Hebdo office has led some experts to conclude that the Paris attacks were an attempt by Al Qaeda to reclaim the international spotlight from the Islamic State and could reflect a continuing feud between these terrorist groups.  One terrorism analyst said the Paris attacks were a sort of “jihadist olympics” in which Al Qaeda was attempting a “comeback tour” to regain recognition as the world’s radical Islamist “top dog.”

This story became more complicated late last week when one of the Paris gunmen, Amedy Coulilbaly, claimed in a video released after he was killed that he acted on behalf of the Islamic State.  Reports have also surfaced that Cherif and Said Kouachi visited Syria last summer.  Coulilbaly’s wife, Hayat Boumeddiene, who is a suspect in the Paris shootings, fled to Syria early this month.

However, the Islamic State/Al Qaeda split was also driven by personality differences and a struggle for power since Islamic State leader Abu Bakr al-Baghdadi refused to take orders from Al Qaeda leaders in Pakistan.

Despite their differences, the Associated Press reported that the al-Nusra Front and the Islamic State agreed during a meeting in November to stop fighting each other and work together against common enemies in Syria.  Jund al-Aqsa, an Islamic State affiliate and the Khorosan Group, an Al Qaeda affiliate, also attended the meeting.  There were some reports that the cooperation agreement was in response to U.S. airstrikes in northern Syria.

Al-Nusra attacks on moderate rebels in northern Syria last November may have been a sign of shifting alliances due to this reported Al Qaeda/Islamic State rapprochement.

So if there is cooperation between Al Qaeda and the Islamic State to attack Western targets, why would AQAP claim sole responsibility for the Paris attacks?  The most likely reasons are to appeal to Gulf state donors and because Al Qaeda still has a difficult relationship with the Islamic State.

I believe this adds up to a more dangerous threat than rival radical Islamist groups striving to make headlines by staging competing terrorist attacks.  By cooperating, Al Qaeda and the Islamic State can more effectively prepare Islamist terrorists for attacks against Western targets by utilizing multiple training sites, sources of weapons and funding.  Such a wide terrorist support structure may produce better trained terrorists who will be harder to detect Western security services.

The likelihood that the Paris attacks indicate collaboration, not competition, between the Islamic State, Al Qaeda, Al Qaeda in the Arabian Peninsula and possibly other radical Islamist groups requires an urgent and coordinated response by the United States and its allies. This response must start with President Obama acknowledging that radical Islam is at war with the West and has redoubled its efforts to use violence to impose its violent Sharia ideology worldwide.