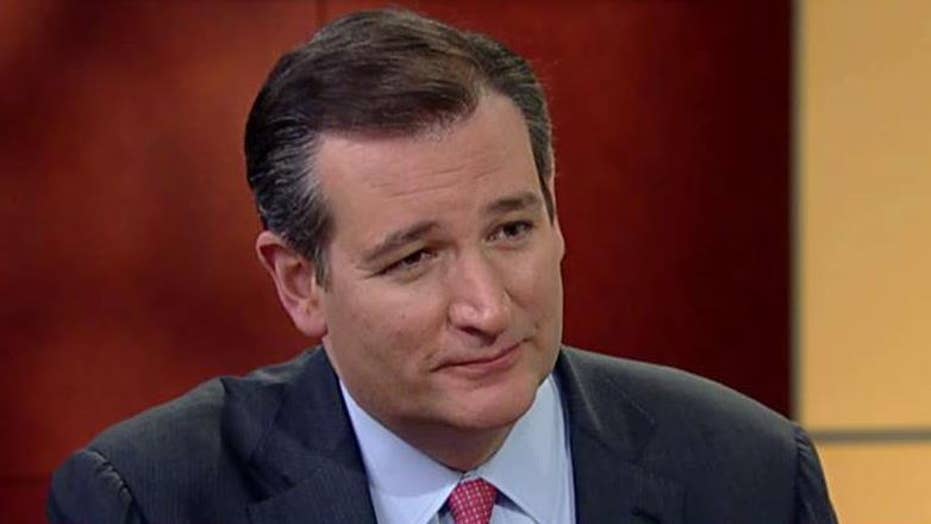 Sen. Ted Cruz: As president I will utterly destroy ISIS

America’s Christian bakers and florists and wedding planners will be safe under a Ted Cruz presidency.

“I am absolutely convinced in my discussions with the senator that religious liberty will be a lot better off in America with a Cruz administration,” said Tony Perkins, president of the Family Research Council and Chair of Cruz’s Religious Liberty Advisory Council.

The council released exclusively to me its initial recommendations for both legislative and executive actions that will restore the nation’s First Freedom – the freedom of religion.

“Unfortunately, this freedom has been systematically undermined and even assaulted under the policies of the current administration and previous Congresses,” Perkins said.

The council, made up of prominent religious leaders, recommended 15 action items that will protect Americans from discrimination by the federal government on the basis of their view of marriage and also protect employers threatened by the HHS contraception mandate.

The council is also calling on Cruz to direct a review of the IRS’ treatment of religious organizations and to direct federal agencies to respect the free exercise of religion.

“These are the policies that he is going to pursue,” Perkins told me. “He is absolutely committed to the issue of religious liberty.”

So will a Cruz presidency defend and protect small business owners facing assault for refusing to violate their religious beliefs?

Among the policies recommended to Cruz:

- Rescind Executive Order 13672 – an order that requires certain federal contractors to not discriminate on the basis of sexual orientation and gender identity;

- Direct all federal agencies to stop interpreting “sex” to include “sexual orientation” and/or “gender identity.”

- Direct the Department of Health and Human Services to eliminate its requirement that all employers include coverage for all FDA-approved contraceptive methods and sterilization procedures;

- Review and clarify existing Department of Education guidance on prayer at school to ensure it adequately explains the rights of students, teachers and other employees to live out their faith.

The council also urged Cruz to protect the religious liberty of military personnel – especially the rights of chaplains.

Cruz has been a passionate advocate of religious liberty for years. He’s been in the front line trenches defending our First Freedom – helping secure courtroom victories to preserve the Texas Ten Commandments monument and the Mojave Desert Veterans Memorial.

“As president, I have pledged on my first day in office to rescind every single one of President Obama’s unconstitutional executive actions, and to direct every federal agency to respect and protect the religious liberty of every American,” Cruz said.

His vow is certainly welcome news to American Christians who have been subjected to eight years of vicious attacks by militant LGBT and atheist groups – not to mention the Obama administration.

“Our constitutional liberties should not be subject to the whims of the current administration, and – whether Hobby Lobby or the Little Sisters of the Poor – people of faith should not be made to bow down at the altar of political correctness,” Cruz said.

And Senator Cruz is not just blowing holy smoke. He’s assembled a powerful group of religious leaders – with impeccable credentials.

It’s a faith-based Justice League. And if Cruz follows their suggestions, American Christians will be able to sleep soundly at night.