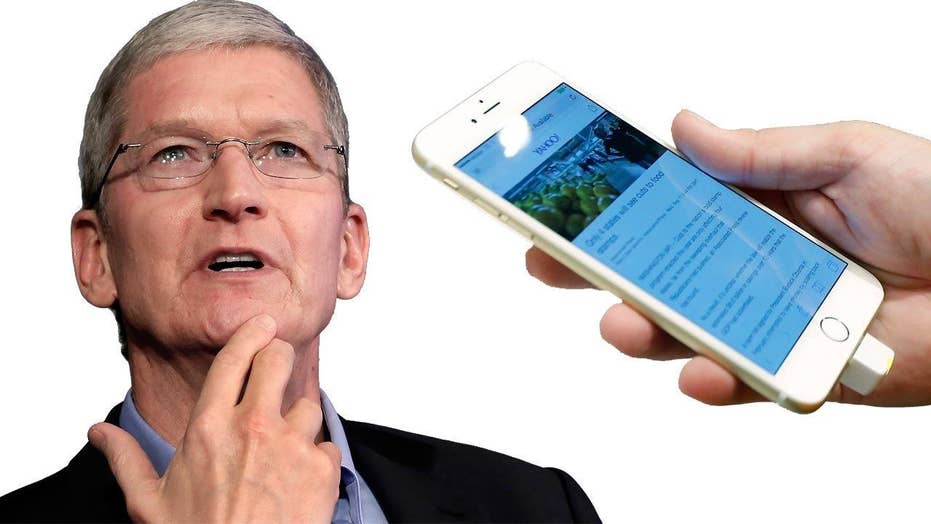 Citing the potential jeopardy of its customers' privacy, Apple is fighting a court order to break into an encrypted iPhone belonging to one of the shooters in the deadly San Bernardino terror attack. Fox News' Adam Housley reports for 'On the Record'.

A federal magistrate in California has ordered Apple to rewrite iPhone software to allow a government backdoor into your phone.

We live in a day and age when hackers have infiltrated the American government’s computers routinely and stolen confidential information. Hackers prey on Android devices, Blackberries, etc. They steal information, add malware, and spy. Resourceful hackers can take over phones’ audio and cameras to spy with greater detail.

Apple has taken an approach with its iPhones to make them as secure for consumers as possible. Software is sandboxed, meaning various software on your phone cannot interact with each other. Fingerprint reader codes are stored on the phone and are not able to connect to the internet or other systems. Apple’s phones are very secure. They keep hackers out. They run reliably.

But because the phones keep hackers out, they make it harder for the government to break in during an emergency.

The federal magistrate wants Apple to redesign its software to make it less secure, less safe, and more easily hackable. Today, in an open letter, Apple is declining to do so. I agree with Apple.

There are lots of terrible people out there from terrorists to child pornographers who might want an iPhone because they think the government will not be able to get access. But there are vastly more people out there who want to hack into my phone.

I support Apple’s relentless pursuit of consumer privacy. Bad people are always going to do bad things. But good people should not see their privacy reduced as a result.