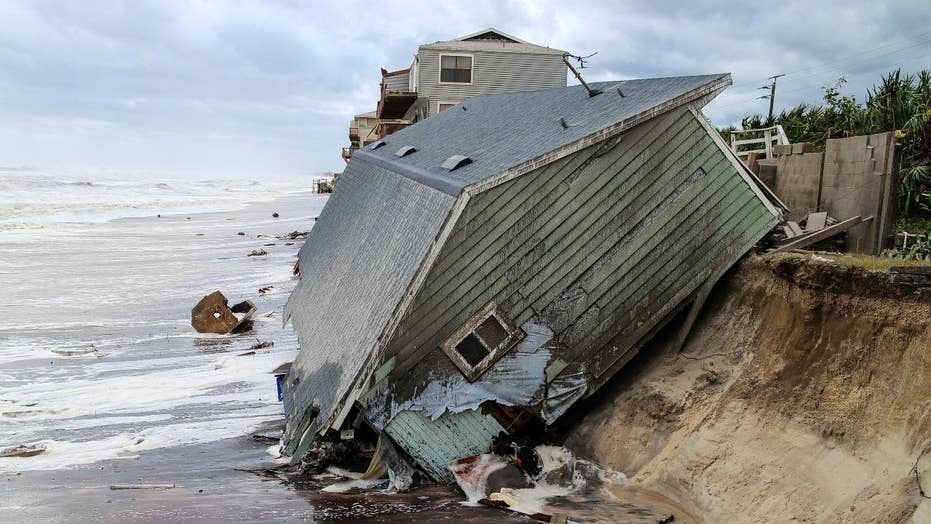 I haven't enjoyed living on the sandy Gulf beaches or made a home along the beautiful Florida coastlines. But on the other hand, I have never had to be afraid of the ocean's wrath, either.

Hurricanes don't strike my part of the country like they just hammered our neighbors and family members from Houston to Miami and every island nearby.  I have, however, seen five decades worth of tornados and destruction while living in Oklahoma and Nebraska.  I've learned that words cannot ever express the devastation and the emotional hit in the gut that families take in the wake of these disasters.

By ourselves, humans just don't have the power to stop a storm.  These disasters make us crave the power of someone bigger than us.  We wonder, if God is for real, then why doesn't he protect us from hurricanes, tornadoes, earthquakes and other disasters?

That's a fair and honest question.  We are not the first to ask it.  The disciples of Jesus even asked this question of him.  Caught in the crosshairs of a sudden and violent storm, the boat the disciples were in was taking on water and being slammed by the waves.  After doing all that experienced fishermen could to save themselves, they eventually admitted that the winds, waves, and darkness were unstoppable.  A terrible fear of drowning overtook all of their other senses combined.

Their fear finally drove them to Jesus who was "resting" in that very same boat, and they cried out the same cry most of us prayed, or yelled, at God in our own storms: "Don't you care?" (see Mark 4:35-41)

Imagine this scene with me for just a moment.  God's Son was present and available to these men during the entire storm.  But the greatest miracle-worker of all time was never approached, never trusted, and never asked to help until all other options were gone.  We make the same mistake.

Jesus pointed out that their faith still needed some help.  From the outside, it might be easy for us to ask, "What did the disciples miss by making Jesus their last option?"  From God's viewpoint, he might say the exact same thing to us today, too.  Even though he is accessible to all of us, we don’t always take advantage of the strength, life, forgiveness, and love he would like to share with us in all parts of our lives, not just during the storms.

I am praying for God's presence to be made real and tangible for everyone rebuilding from these storms.  And if you are doubting that God wants to help you rebuild parts of your life, I would like to share one of my favorite messages from Jesus to everyone with a humble and open heart who needs a big God. "However (even through storms) those the Father has given me will come to me, I will never reject them." (John 6:37 NLT)

Todd Burpo is the author of the #1 New York Times bestseller Heaven is for Real and the new book, "GOD IS FOR REAL" (FaithWords, September 2017). Visit Todd online at GodIsForRealBook.com.