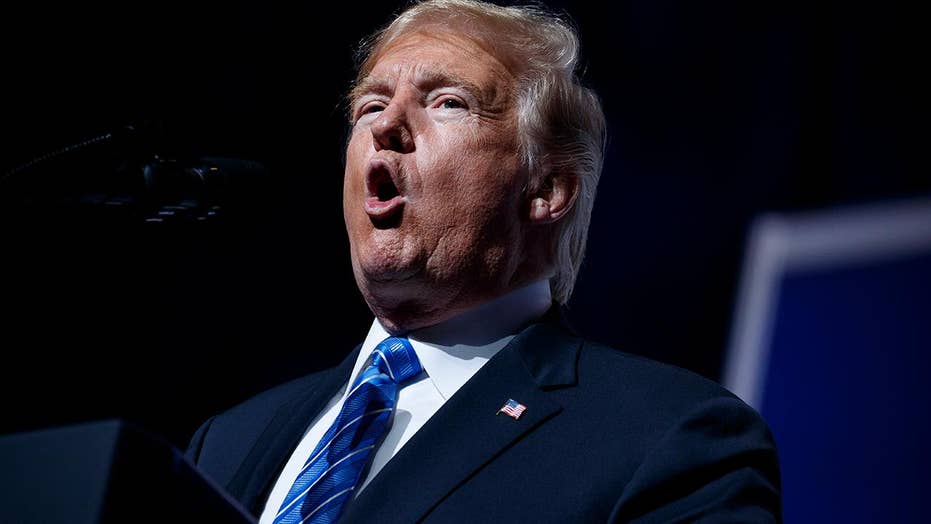 The announcement Wednesday that the U.S. and the European Union will work together to avoid further tariffs on products they sell to each other and ease trade tensions was welcome news – reducing chances of a trade war that could have disastrous consequences for the American people.

Speaking at the White House, President Trump said the U.S. and EU will “work together toward zero tariffs” on industrial products. And European Commission President Jean-Claude Juncker said in a joint appearance with Trump that the EU will import more liquefied natural gas and soybeans from the U.S.

Importantly, the two leaders agreed that “we will hold off further tariffs and reassess existing tariffs on steel and aluminum,” Juncker said.

But tariffs the president recently slapped on imported steel and aluminum and $34 billion in Chinese products – along with far larger tariffs he has threatened on many other products from around the world – are bad for our nation. They raise prices and prompt other countries to put tariffs on products they buy from American businesses.

No doubt a desire for fair trade is leading President Trump down his present course. However, tariffs distort markets and harm domestic industries.

A case in point is the agricultural sector. President Trump has effectively acknowledged that with his $12 billion bailout for farmers announced by the Agriculture Department Tuesday – something only required because of the president’s unfortunate actions on tariffs.

But now – largely because of President Trump’s aggressive rhetoric and actions on trade – sentiment has turned. The Washington Post recently noted that “President Trump’s trade war is serving up a public relations migraine.”

In the eyes of many, new American tariffs have spoiled the shine on the Trump administration’s landmark tax reform achievement, hitting the brakes on the American economy just when it was starting to hit on all cylinders.

Consider the economic news after enactment of tax reform. Within months, consumer confidence hit an 18-year high. Similarly in April, the U.S. unemployment rate hit an 18-year low of less than 4 percent.

That news was consistent with Congressional Budget Office projections that tax cuts would add nearly 1 million jobs annually over the next decade. Additionally, the House Ways and Means Committee estimated 4 million American workers received bonuses due to tax reform.

In other words, tax reform was good for the economy, and people knew it. The same can’t be said for tariffs. From day one, American businesses have viewed a trade war as a significant step back for the economy, with the result being a stock market rollercoaster ride and urgent pleas for President Trump to abandon his focus on ratcheting up tariffs.

Consumers are now increasingly concerned, with the July consumer confidence index hitting its lowest reading in six months. In a matter of months, tariffs have changed the nation’s economic outlook from momentum to migraine.

Unfortunately, the negative impact of tariffs will offset – or even wipe away completely – the gains delivered through tax cuts.

Economists have been sounding the alarm for some time. Cato Institute scholar Dan Ikenson estimates that tax reform will bring $96 billion in tax savings to American businesses.

On the other hand, if competitor nations were to impose a 10 percent retaliatory tariffs on all manufacturing imports, that would mean a $117 billion tariff bill for U.S. businesses – creating higher prices for consumers and canceling out the economic benefits of tax cuts.

Tariffs are just taxes by a different name.

Consider, too, that a major goal of tax reform was to keep American jobs within our borders. But if retaliatory tariffs increase the cost of doing business here at home, industries could be headed for the door.

In the short term, high prices for raw materials could result in the loss of hundreds of thousands of American jobs, similar to what was seen when the same tariffs were applied in the early 2000s.

Over the long haul, the high-stakes brinksmanship being used by President Trump with tariffs could do long-term damage to highly productive trade relationships, possibly resulting in lower domestic business activity in years to come.

Unfortunately, small and medium-sized businesses – the proven engines of long-term economic growth – would be hit the hardest.

Manufacturers, which are the businesses that President Trump has focused on helping, are becoming increasingly concerned.

According to the Federal Reserve’s most recent survey of nationwide economic activity, "manufacturers in all Districts expressed concern about tariffs and in many Districts reported higher prices and supply disruptions that they attributed to the new trade policies."

Consumers understand the dynamic – and it is coloring their expectations for the economy. In its April survey, the University of Michigan reported that positive views on taxes were completely offset by negative views on tariffs – with the result that “trade policies neutralized the impact of tax reform on consumer confidence.”

All in all, a trade war causes higher prices for consumers, has a demonstrated a track record of stifling growth, and has pushed Americans out of work.

By focusing his efforts on specific instances of unfair trade practices, rather than blanketing our allies and others with punitive and comprehensive tariffs, President Trump could deliver a victory for the economy, score political points with a worried American public, and start to change headlines from migraine back to momentum. That’s the course the president should pursue.