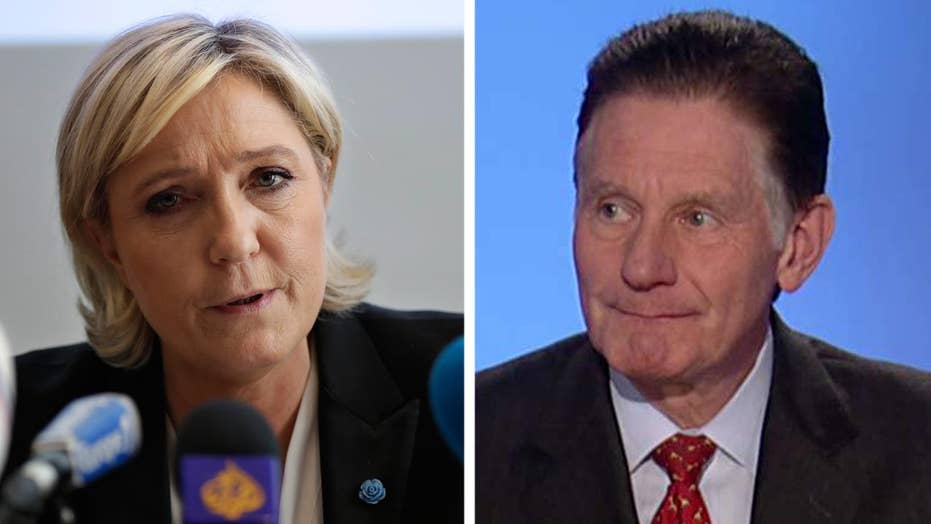 French voters turn out Sunday to vote against the candidate they most detest. Yes, you read that right. The first round of France’s presidential elections this weekend will be about who citizens dislike the most, not which one they support.

And there is plenty to dislike about all four front-runners.

The stakes could not be higher. France, which after Germany is the biggest economy in the European Union, must choose among two anti-establishment candidates – one far-right and the other a throw-back communist, and two middle-of-the-road stanchions of the political elite that has misruled France for decades.

The top two vote-getters will move on to a runoff in May. The new president will have to decide if France remains in the E.U., if it keeps the euro as its currency, and whether it will leave its borders open to hordes of refugees from the Middle East and Africa.

For the front-runner, Marine Le Pen of the National Front, the answers to these questions are: non, non, et non. Her candidacy, often compared to that of Donald Trump, has awakened long-smoldering resentment among native-born Frenchmen about loss of jobs and against the influx of Muslims, who now make up 11 percent of the country’s population.

Le Pen favors a referendum to decide if France should leave the E.U. – the so-called Frexit option. She wants to crack down on illegal immigrants, especially those who engage in terrorist activities. She wants to ditch the widely despised euro and bring back France’s beloved currency, the franc.

All these traditionalist positions have resonated with the electorate, putting Le Pen slightly ahead of her opponents. Thursday’s fatal shootout on the Champs Élysées, the high holy ground of Paris, can only boost her chances.

But Le Pen has heirloom baggage. Her dad, Jen-Marie Le Pen, founded the National Front, and ran for president as an unrepentant Holocaust denier. Le Pen’s efforts to soften the party’s image have been successful. But have they convinced moderate voters to support her?

Three other candidates have a chance to get through the first round. The most interesting is the far-left winger Jean-Luc Mélenchon. His proudly socialist agenda would also allow Frenchmen to vote for a Frexit, but only because he wants to make his country even more of a welfare state than E.U. rules allow.

Emmanuel Macron, who was a minister in the current Socialist administration, has campaigned on the fact that he is not Le Pen. His baby face and nebulous promises initially appealed to voters who thought they couldn’t stomach a National Front government. Now, some of them are having second thoughts.

In other circumstances, the slightly right-of-center candidate, François Fillon, would be a shoe-in. But Fillon, who extols his strong Catholic faith, has been unable to shake accusations that he put his wife into a no-show government job at a hefty salary. Frenchmen might have shrugged off this kind of petty larceny in the past, but the public’s tolerance for hypocrisy has evaporated.

Bellwether thinks Le Pen will narrowly win the first round. Get ready for howls of panic from mainstream media around the world, who are already predicting doom if she becomes president.

There’s just one thing: media can’t vote. That privilege is reserved for Frenchmen, and they are in a sullen mood for change.