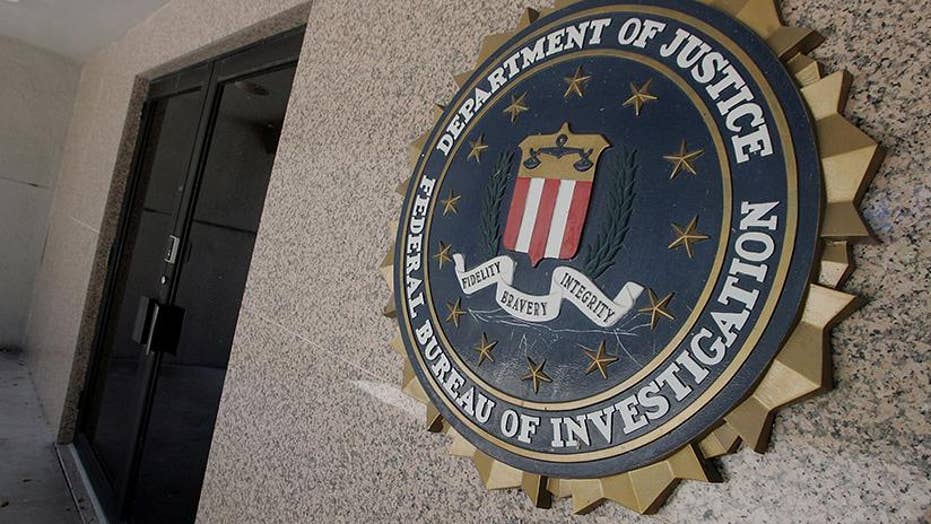 What is the real reason the FBI is warning against the memo?

The liberals and journalists brought to light the horrific abuses of power that J. Edgar Hoover’s FBI and the National Security Agency undertook in the 1960’s against Martin Luther King and others. A couple years ago they were shocked at revelations that shoddy forensic analysis by the FBI crime lab had contributed to more than one-quarter of 329 DNA-exoneration cases since 1989.

In the 1970s, liberal crusaders such as the late Sen. Frank Church, D-Idaho, exposed controversial CIA covert actions against foreign leaders and U.S. citizens. More recently, while many liberals deplored Edward Snowden’s leaks revealing how extensive U.S. government snooping has become, they also agreed that information he revealed showed the need for reforms.

But all of that was forgotten this week as Washington liberals rushed to microphones to demand that the “Nunes memo” – from Rep. Devin Nunes, R-Calif. – be kept from the American people. Their sympathetic friends in the media were quick to give their complaints blanket and largely unskeptical coverage.

The four-page Nunes document is a House Intelligence Committee summary of Justice Department and FBI files that points to serious abuses of power involving the surveillance of U.S. citizens in the run-up to the 2016 election.

Nunes, the chairman of the committee, says the memo has been scrubbed of classified information and the public deserves to know how intelligence agencies have or have not followed U.S. law.

But to leading Democrats, the possible discussion of intelligence agency abuses is akin to Armageddon.

Senate Minority Leader Chuck Schumer, D-N.Y., sent a letter to House Speaker Paul Ryan, R-Wis., on Thursday claiming “dangerous partisanship among many House Republicans seems to have taken precedent over the oath we all take to protect our nation."

But neither Schumer nor Pelosi have apparently read the memo, which is available so far only to House members. Some members who’ve seen it say it paints a disturbing picture of violations of civil liberties and partisan bias.

President Trump, who is expected to approve the public release of the memo, has told friends he thinks it might discredit the entire investigation of his campaign’s alleged ties to Russia.

Opponents of releasing the memo – mostly liberal Trump critics – say the president will endanger national security if he lets the memo become public.

The almost hysterical reaction of the critics to transparency is noteworthy. They either sincerely believe release of the memo is a dangerous blow to U.S. security, or they are very worried it will embarrass the Obama administration and the investigation into possible Russian collusion with Team Trump.

The media, which you would normally expect to be curious and prying about the Nunes memo, have often focused on discrediting Nunes.

MSNBC’s Joy Reid has wildly claimed that Nunes could be indicted for obstruction of justice for subverting the Russia investigation of Special Counsel Robert Mueller. Her guest on her “AM Joy” program, Scott Dworkin of the Democratic Coalition, bitterly criticized Speaker Ryan for backing up Nunes’ rights to investigate.

“To see somebody like Paul Ryan step out and go against our justice system and side with a traitor like Devin Nunes, it’s unbelievable at this point,” Dworkin said.

On the same program, intelligence expert Malcolm Nance said of Nunes: “If he were to use that intelligence – any information – to carry out a witch hunt or to carry out any type of investigation with the specific intent to block or obstruct justice in the Mueller investigation, that could expose Devin Nunes to obstruction of justice charges himself.”

“He (Nunes) could be a key indicted or unindicted co-conspirator if it turns out that he is he’s using his position … to thwart a national counterintelligence investigation and to stop the Justice Department from doing their job,” Nance added.

MSNBC has also peddled the views of “authoritarianism expert” Sarah Kendzior, who says Nunes and his fellow committee members are “creating villains out of the people who actually tried to stop this process and stop collusion and corruption within our government.” She concluded that “it’s as if our government is on fire and they’re yelling at the people pulling the fire alarm.” She apparently is uninterested in examining the evidence.

Rep. Adam Schiff, D-Calif., the ranking Democrat on Nunes’ Intelligence Committee, has read the Nunes memo but curiously dismisses it by saying that his Republican colleague wants “to investigate everyone except the Russians.”

Schiff says the memo is “is meant only to give Republican House members a distorted view of the FBI.”  Far from resembling the crusading liberals of the 1960s and 1970s who probed the FBI, Schiff has taken on the role of the bureau’s lapdog.

Liberals have followed up their complaints about Nunes with calls for him to be investigated. The liberal Campaign for Accountability has called for the Office of Congressional Ethics to investigate whether Nunes or committee staff leaked closed-door testimony of the head of Fusion GPS, the company that produced the controversial dossier on Donald Trump. That dossier may have been used to justify U.S. surveillance of people close to Trump during the 2016 campaign.

The dossier was paid for by the Democratic National Committee and the Hillary Clinton campaign. Former FBI director James Comey has admitted it is full of “unverified” information.

Curiously, there was no call for an investigation of Sen. Dianne Feinstein of California, the ranking Democrat on the Judiciary Committee, when she earlier released an entire transcript of Fusion GPS co-founder Glenn Simpson’s Senate testimony.

Nunes says he welcomes scrutiny of his actions and his staff points out that in December the House Ethics Committee cleared Nunes of an earlier complaint alleging he had disclosed classified information.

Rep. Trey Gowdy, R-S.C., a former federal prosecutor and a senior member on the Intelligence Committee, notes that the people who are complaining about the Nunes memo are the same ones who were silent when the Justice Department refused to answer House subpoenas for documents on surveillance activities for five months. The documents were only turned over early in January as the House prepared to hold Justice Department officials in contempt of Congress.

Nunes calls the complaints that his memo will endanger national security “spurious” and accuses his critics inside the government of concealing the facts. “It seems the (Department of Justice) and FBI need to be investigating themselves," Nunes noted in a letter to the Justice Department, putting the sentence in bold, underlined text.

In addition, questions have been raised by Sen. Chuck Grassley, R-Iowa, who chairs the Senate Judiciary Committee; and Sen. Lindsey Graham, R-S.C., who chairs a Judiciary subcommittee.

Grassley and Graham have urged the Justice Department to investigate Christopher Steele, the former British spy who compiled the Trump dossier, for making what they called "potentially false statements" about his contacts with reporters and government officials prior to the 2016 election.

Those who believe the Nunes memo is purely a partisan document are starting to have to explain curious developments.

On Monday, Deputy FBI Director Andrew McCabe suddenly resigned after it was revealed he is the subject of an internal Justice Department Inspector General probe into his handling of the Hillary Clinton email investigation. This week, Special Counsel Mueller suddenly delayed the sentencing of former Trump National Security Adviser Michael Flynn for lying to FBI agents about his contacts with Russian officials.

Flynn was clearly foolish in lying, but there are unanswered questions about whether surveillance information about him was illegally leaked by U.S. intelligence agencies. Was he entrapped into meeting with FBI agents with no lawyer present?

All of this presents a rich stew of questions that you might expect Washington to be curious about. Instead, you have a frenzy of denunciation of people who want transparency in government and a lack of curiosity about the activities of our most powerful intelligence agencies – entities that have been guilty in the past of clear abuses of power.

If Americans are to have faith in their government it must have people who watch the watchers in our intelligence agencies. So far, this week we are seeing an awful lot of people blindly defend the bureaucracy rather than fulfill their duty to question authority.