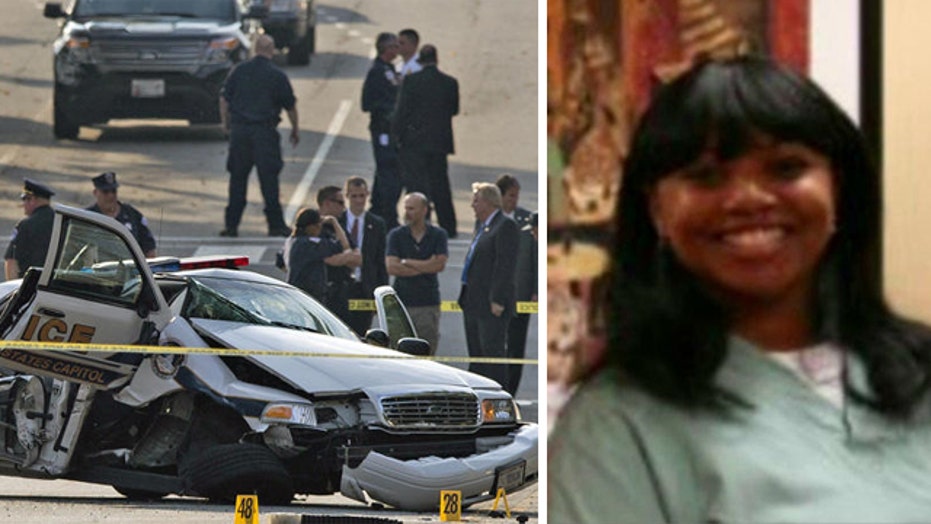 Thursday, Miriam Carey of Stamford, Connecticut, was shot to death after she drove through a White House barrier and then engaged Capitol police in a high-speed chase.  Her 1-year-old child, who survived, was in the car with her.

Carey’s mother, Idella, has described her daughter as suffering with postpartum depression—major depression which usually begins shortly after the birth of a child, but can continue for a long period of time.

Women with postpartum depression can become psychotic, with paranoid thoughts or other delusions.  Sources claim that Carey had fixed and false delusional beliefs about having a special connection to President Obama.

Carey is one of a string of mentally ill people who have been killed or killed others in the recent past.  These include Aaron Alexis who reportedly believed he was being controlled by electromagnetic waves when he killed 12 people at Washington Navy Yard in Washington, D.C., Adam Lanza who killed 26 people at the Sandy Hook Elementary School in Newtown, Connecticut and James Holmes who killed 12 people at the premier of a Batman movie in Aurora, Colorado.

While some erroneously point to the availability of firearms as the culprit for the apparent rise in mass killings, that position is not only naïve, but dangerously distracting.

The series of mass killings America has faced were due either to mental illness or terrorism.  And both violent mentally ill people and terrorists are resourceful enough to use means others than guns to kill. Witness the use of pressure cookers in the Boston Marathon bombing and the use of explosives to kill 45 people way back in 1927 in the worst episode of school violence ever, in Bath Michigan.

The reason we are seeing a surge of violent mentally ill people (and I believe we are witnessing this rising tide) is that we have systematically dismantled the mental health care system in America so completely that it is now routine for psychotic people, thinking of killing others, to be treated by entry level social workers in community mental health centers, turned away from emergency rooms or discharged from hospital inpatient units if they simply promise not to murder anyone and sent home from court or jail after committing violent acts clearly connected to underlying psychiatric illness.

A person who believes the CIA is following him, has a history of violent crime, voices homicidal ideation and is on a half-a-dozen medications could easily spend only 48 hours in a hospital, be seen primarily by nurses and social workers (and only for, say, a total of 30 minutes by a psychiatrist) and then be discharged with nowhere to obtain his medications and no one supervising those medications.  That’s how bad things have gotten.

In fact, prisons are now becoming de facto mental hospitals, since mental hospitals aren’t that at all, but, instead, revolving doors that medicate people for a few days or a week and then discharge them, at the insistence of third-party insurers, often without proper followup and on the wrong medications.

According to The Wall Street Journal, there are 11,000 psychiatrically ill people being treated in the jails just in Cook County, Illinois, Los Angeles County and New York City.  That is equivalent to 28 percent of all the available beds in the 213 state psychiatric hospitals in the United States.

The tragedy here is only compounded by the fact that fixing the system wouldn’t require untold billions of dollars.  It can be fixed by redistributing available resources.

That will only happen when we achieve the will to do so, because we witness more and more acts of horrific violence (which are inevitable).

ObamaCare, by the way, will make matters worse, not better, because it hands even more power to third party insurers and further erodes the will and creativity of health care providers.