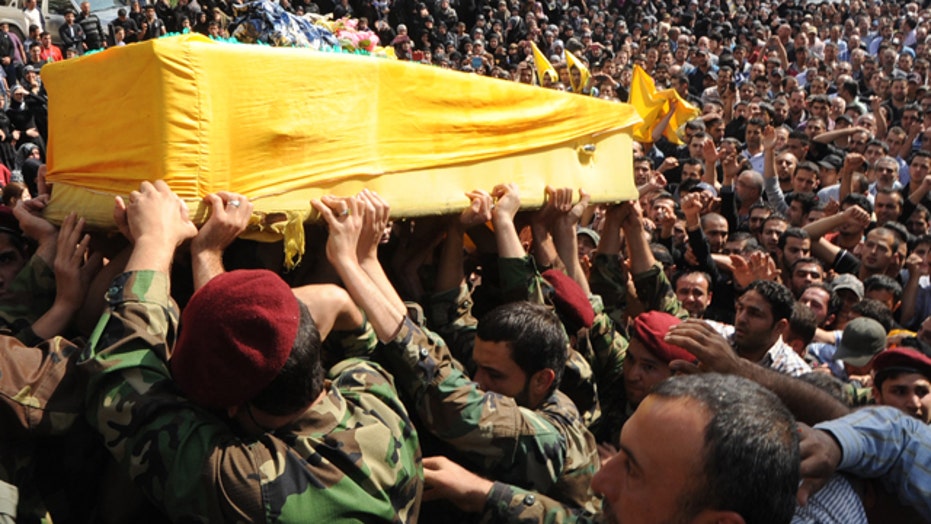 How is the UN handling Syria's humanitarian crisis?

George Washington asked his countrymen, “Why quit our own to stand upon foreign ground?"

He could easily pose the same question today as the United States lunges towards a possible intervention in Syria. Now is the time to stop and ask ourselves, “why?”

Iran, whose official policy is “Death to America,” is backing Syrian President Assad’s forces, which may have used sarin gas against the Al Qaeda linked rebels, whose ranks comprise the same people that the United States fought in Iraq.

Got all that? This is a tangled mess of factions, many of whom have vowed to destroy us.

Before jumping to the aid any side, our founding principles advocate that we consider our stake in the outcome.

Article II of the U.S. Constitution bestows the president of the United States with “commander-in-chief powers,” but provides virtually no elaboration on what they entail.

The laconic text was left in such a state, in part, because everyone in 18th-century America already knew what this phrase meant: those powers wielded by General George Washington.

The precedents he set as the nation’s first commander-in-chief would, thus, have a lasting impact on the meaning of the Constitution.

As we debate the current administration’s military policies, we might do well to ask ourselves “What Would George Do?”

He would steer clear of Syria.

Washington was highly reluctant to entangle the United States in the affairs of other nations, even ignoring allies’ pleas for help securing liberty.

For example, when the French overthrew the chains of monarchy in their quest for democracy, Washington refused to help. And when Britain subsequently declared war on France, Washington again stayed away.

Washington’s decision was motivated by his unashamed desire to protect America’s self-interest—another war with Great Britain would be too costly and was unlikely to result in a clean American victory. Washington famously asked in his farewell address, “Why, by interweaving our destiny with that of any [other nation], entangle our peace and prosperity in the toils of … ambition, rivalship, interest, humor or caprice?”

When Washington did involve the United States in conflict, he made sure it was of direct benefit to the nation. When Haitian slaves revolted in the French colony of Saint-Domingue, Washington lent aid to the French.

His decision was motivated by his desire to serve American interests: he used the aid to repay the U.S.’s debt owed to France, and also sought (less admirably) to preserve Southern economic interests by dissuading American slaves from following suit.

It is worth also noting that in the rare instances in which Washington determined that the direct benefits outweighed the costs of committing U.S. lives and resources abroad, he made sure to first obtain congressional approval for his actions.

Modern presidents, including President Obama, have not necessarily followed Washington’s lead in conflicts such as Libya.

Regarding the current conflict in Syria, what is the benefit for the United States? Until that is clearly established, Washington’s precedent suggests caution.

Such blatant self interest has become not politically correct in the modern age, but when American lives and dollars are at stake, we cannot afford to neglect such questions.

At our nation’s founding, military action was a last resort—one only utilized to advance American interests or defend against attack.

We might look to Washington and our founding fathers for guidance on how to respond to unique global challenges while remaining faithful to our nation’s core constitutional principles.

Logan Beirne is an Olin Scholar at Yale Law School and author of "Blood of Tyrants: George Washington & the Forging of the Presidency" (Encounter Books 2013).