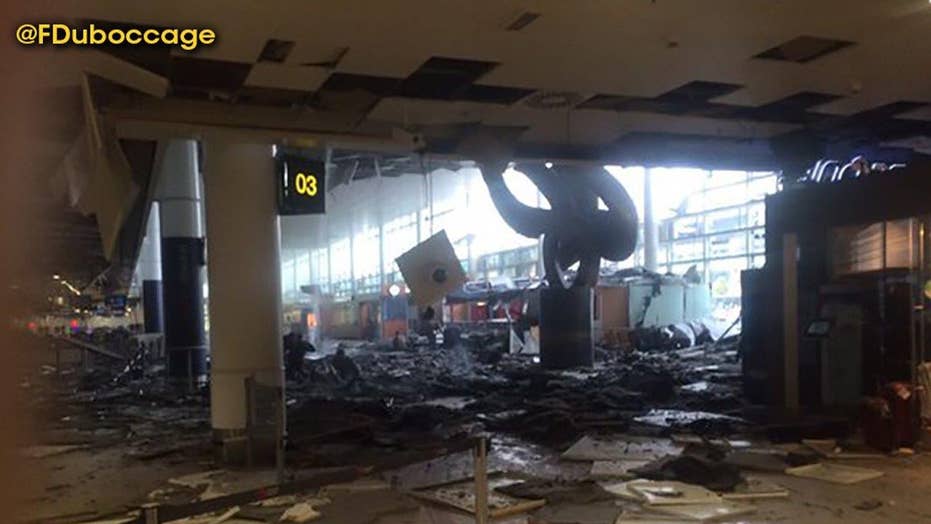 Bias Bash: Cal Thomas on how the media refuse to focus on Islamic extremists in the wake of recent terror attacks

In a March 24 New York Times article, “Feeling G.O.P. Peril, Muslims Try to Get Out Vote,” Alan Rappeport wrote about how three Muslim groups and organizations in the United States are organizing to elect Democratic candidates this fall because of perceived hostility toward American Muslims by Republican presidential candidates Ted Cruz and Donald Trump.

Given the strong liberal bias of the New York Times, it was not a surprise when this article failed to mention that the alleged “Islamophobic” statements by Senator Cruz and Mr. Trump were in fact criticisms of radical Islam and President Obama’s refusal to name or confront this threat.

It was surprising that all of the Muslim groups cited by Rappeport have ties to radical Islam that he failed to mention.

The most stunning example of this is the Dar Al-Hijrah Islamic Center in Virginia which Rappeport says has been holding voter education workshops to convince its members to vote against Republican presidential candidates.

Rappeport neglected to mention the Dar Al-Hijrah Islamic Center’s notorious past.  Anwar al-Awlaki, a key official with Al Qaeda in the Arabian Peninsula killed by a U.S. drone strike in 2011, was Imam at this mosque between January 2001 and April 2002.  Two of the 9/11 hijackers worshipped there.  There also have been reports of violent materials found in this mosque.

The Dar Al-Hijrah Islamic Center may be the best possible example proving the need for Senator Cruz’s call to patrol and secure Muslim neighborhoods.

Rappaport also omitted the Islamist radicalism of other American Muslim groups cited in his article he says are encouraging mosques to turn themselves into voter registration centers.

One is the Council on American–Islamic Relations (CAIR) which claims to be “America's largest Muslim civil rights organization.” However, its record shows this is far from the case.

CAIR was named in 2007 as a co-conspirator in the Holy Land Foundation case -- the largest terrorist financing case in U.S. history.

Two days after the Dec. 2, 2015 terrorist shooting in San Bernardino, Hussam Ayloush, the executive director of CAIR’s Los Angeles chapter, tried to blame U.S. policy for this deadly attack when he told CNN’s “New Day,” “some of our own foreign policy, as Americans, as the West have fueled that extremism . . . We are partly responsible.”

In July 2014, while Hamas was firing rockets at Israel from Gaza, attendees at a CAIR-Florida-organized protest praised the Hamas attacks at a rally in Miami by chanting, “We are Hamas!” “We are Jihad!”

Two other Muslim American Group cited by Rappaport, The Islamic Circle of North America (ICNA) and the U.S. Council of Muslim Organizations (USCMO), also have radical Islamist ties that he did not mention.

ICNA preaches a global caliphate and Islamic shariah law over America to its members and reportedly has an “ultimate goal of the establishment of Islam as the sole basis of global society and governance” according to the Investigative Project on Terrorism.  ICNA also was named as a co-conspirator in the Holy Land Foundation case.

The USCMO is an umbrella organization of American Muslim groups.  CAIR and ICNA are two of its founding members.  Another founding member, The Muslim American Society, has been described by federal prosecutors as the “overt arm” of the Muslim Brotherhood in the U.S.

In a related development, Hillary Clinton used an appearance at a panel last week sponsored by the Muslim Public Affairs Council (MPAC) to condemn Ted Cruz’s statements about radical Islam as pitting groups against one another and giving in to fear.  In reporting Clinton’s remarks, no one in the mainstream media mentioned MPAC’s extremism and how it has followed a consistent pattern of defending designated terrorist organizations and their supporters, opposing U.S. counterterrorism efforts and spouting anti-Semitic rhetoric.

The battle to defeat ISIS and Al Qaeda requires recognizing and defeating a radical ideology that is at war with Western civilization: radical Islam.

Alan Rappeport’s article and Hillary Clinton’s MPAC panel proves that they, like President Obama, are still in denial about this threat.

Ted Cruz has the best understanding of radical Islam of all the presidential candidates and the best strategy to defeat it.

This is why I was proud to endorse him to be the next president of the United States.